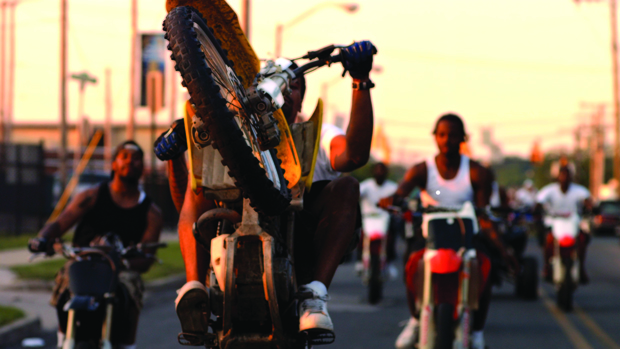 12 O’Clock Boys Oscilloscope Laboratories — Aug. 5 Lotfy Nathan’s debut documentary gets up close and unsentimental with preteen Pug, whose only dream is to join the title crew of Baltimore’s weekend motorbike and four-wheeler riders. It’s a physically dangerous spectacle and a law-baiting traffic hazard for the city, but in Nathan’s NFL Films-style super-slow-mo it’s also a majestic procession and one-day release from systemic economic inequity and urban racial division. 12 O’Clock Boys sets four years of Pug’s life against the danger and thrill of his stunting idols’ most questionably liberating processions. — Vadim Rizov Under the Skin Lions […]