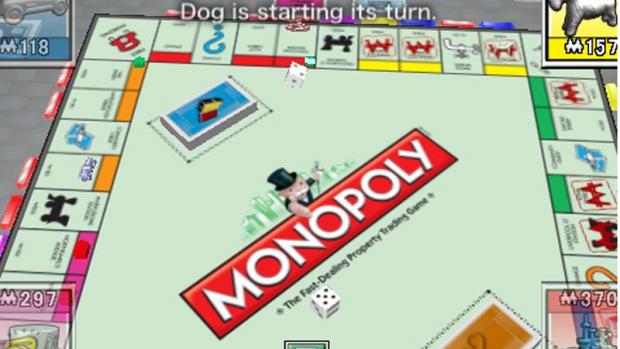 Dubbed “a novelist from the day after tomorrow” in Sunday’s New York Times, Vincent Zandri profits, quite well, by living in the Amazon universe. His mystery novels are edited, published, marketed and sold by Amazon. Perhaps most importantly, the mechanism through which new readers will discover his work, the latticework of likes, referrals and recommendations, are increasingly controlled by Amazon and its related properties, like Goodreads.

For Zandri, who achieved modest success through traditional publishers before signing with Amazon’s Thomas & Mercer imprint, the internet giant’s model is the new way. Reduced to “returning bottles and cans for grocery money,” a few years ago, writes David Streitfeld in the Times, he now earns enough to routinely travel the world. Indeed, his blog is less about his writings than his travels.

Still, there is this entry, in which Zandri discusses his decision to leave traditional publishers:

When I think back to where I was just five years ago after having published two books under two Random House imprints and how dreadful an experience it was, I shake my head and shiver. It’s a new world and the new publishing model is quickly dismantling an old system that worked for only a few, very wealthy people, while writers were considered a necessary evil.

I’m embracing it. Are you?

At his AVC blog, Union Square Venture’s Fred Wilson writes this past weekend about the Times article and brings filmmakers into the mix:

The title of Wilson’s piece is “Platform Monopolies,” and its focus is less on the individual creators like Zandri than on the types of companies these business models create:

But there is another aspect to the Internet that is not so comforting. And that is that the Internet is a network and the dominant platforms enjoy network effects that, over time, lead to dominant monopolies….

But here’s the rub. When a platform like Amazon emerges as the dominant monopoly in publishing, who will keep them honest? When every author has left the publishing house system and has gone direct with Amazon, what does that world look like?

Wilson goes on to write about the need to support emerging competitors to keep this platform monopolists “honest,” but I’d like to stick with the potential Zandris of the filmmaking world for a moment.

One could argue that plenty of media — particularly television — exists in a platform monopoly world. If you want to watch Orange is the New Black, for example, you have to have Netflix. But Orange is a show, not a single creator. When creator Jenji Kohan has something new, I’m sure she’ll shop it everywhere. And while she could very well land back at Netflix, she’s not locked in there. Mainstream coverage of Orange has gotten her notice, and her audience is portable. They’ll follow “from the creator of Orange is the New Black” — at least for the first episode or two.

No, the analogy to Zandri in the media space is the YouTube stars, the creators and personalities whose income is largely derived from Google advertising and whose audience base grows in large part from the networks effects of the YouTube platform. Their mainstream media presence is much lower, and leaving YouTube means leaving millions of subscriptions, auto-feeds, comments, etc.

What would the real Zandris of the narrative filmmaking world look like? They’d have a readymade fan base, one that a platform monopolist believes could be bigger. They’d be reasonably prolific — perhaps not at Swanberg levels, but they’d at least come out with a work a year, and could perhaps provide short-form work in the intervening months. Right now, Amazon is commissioning shows and Apple has acqui-hired Interscope impresario Jimmy Iovine, so the possibility of platform monopolists signing exclusive deals with filmmakers may not be far off.

But let’s go back to Zandri and see what he’s given up. Google his latest novel, Blue Moonlight, and you won’t find much in the way of mainstream reviews. There are mentions on niche crime sites and, interestingly, quite a few guest blog posts by Zandri himself. And, Zandri writes on his blog, his Amazon connection has been a deterrent to traditional forms of publicity he’d actually like to do:

I find myself wanting to do some in-person promotion of my books, aside from the stuff I do at several writerly book conferences every year (I never sell many books at these things anyway since they are attended primarily by other writers and all we do is have fun eating and drinking together). But approaching brick and mortar bookstores with the prospect of a book signing in support of paper being published by their major competitor is probably a road I want to avoid.

Zandri’s story resonated with me due to a Twitter exchange I had several days ago with a filmmaker about crowdfunding and publicity. He wrote that crowdfunding had become the new norm for independent film financing. The problem, he said, was getting traditional publicity for crowdfunding efforts, especially during the campaign. I responded by identifying what I think is the problem with his statement. Crowdfunding is a democratizing platform that by removing traditional gatekeeper/filters has created an explosion of new content. This new content, however, is speculative — even the most well-covered of Kickstarter or Indiegogo projects may never get made. (I’m resisting the urge to add a link or two here.) There’s little for traditional critics to look at to make an artistic judgement about the final product, and most Kickstarters don’t have publicists able to craft pitches and target them to the right outlets. For traditional media outlets, interest in specific, non-potato-salad Kickstarter campaigns is, quite frankly, small, and the content dates quickly — by the end of the campaign.

At Filmmaker, we do our best; we have a curated Kickstarter page, and we view it as an extension of our editorial voice. Every week or two I prowl through the listings looking for projects that might be of interest to our audience. But, especially after Kickstarter’s opening up of their platform, it’s a tough job, and it’s one that it’s hard to justify spending a huge amount of time on. (Like the sites that Zandri pens his guest essays on, we do invite Kickstarter and Indiegogo project creators to write thoughtful posts about their filmmaking process coinciding with their campaigns.) I argued to my Twitter follower that given all of the above, and with editorial budgets flatlining at most independent film websites, a Kickstarter campaigner’s expectation shouldn’t be traditional media; his or her goal should be amplifying the network effects built into the platform and related social media tools with any and all forms of user-generated content. The analogy I’d use is that traditional media works like a funnel, and with the explosion of new work on crowdfunding platforms, the water is overflowing at the top.

As platform monopolies grow and filmmakers are inducted into them, there may be gains — large audiences within these walled gardens, advances, easy international distribution — but also losses. Those losses include reviews in the traditional media, screenings on competing services and, perhaps, a bit of the credibility created by having toughed it out in the broader marketplace.

Given the dismal state of the independent film economy, I wouldn’t begrudge any filmmaker trying to align themselves with one of these companies. In fact, I’d encourage it. But, like Zandri, they should know what they’ll be giving up and be cool with that. Some will be happy and others not. Even Zandri has doubts. The Times article concludes, “Mr. Zandri can even conceive of publishing with a New York house again. They still provide some forms of legitimacy that Amazon does not, with independent reviews and a presence in bookstores.”