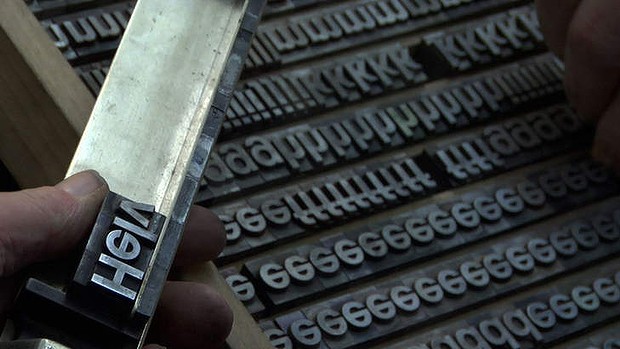 by Scott Macaulay
in Distribution, Filmmaking
on Jul 15, 2014

This week Bond/360 launched what they’ve dubbed a “Creativity Bundle” — four movies having to do with making and creation downloadable from VHX for a single, pay-what-you-wish fee. In a blog post I wrote about Bond/360’s use of what’s become known as “the Radiohead model,” based on the recording group’s pricing strategy for their In Rainbows album. But there’s another innovation going on here, and that’s the bundling of titles.

Film packages are a staple of foreign sales, but usually they work in a different way. A distributor must buy a package of films in order to get the one or two they really want. In other words, the strong titles carry the weak. But as Bond/360’s Marc Schiller points out below, this is different. We talk about that difference as well as other aspects of this promotion, including the necessity of negotiating good international contracts, downloading vs. streaming, and the importance of experimenting with releasing models.

By the way, you still have a few days to buy these recommended films — Sign Painters, Helvetica, Indie Game and Beauty is Embarrassing — for whatever price you choose.

Filmmaker: Bundling films together occurs all the time in the sales space — titles are grouped in packages. But you rarely see it happen in the direct-to-consumer space. Why is that?

Schiller: Well, first, [in the sales agent example], they’re strong-arming buyers to buy the package, which is controversial; they’re leveraging market strength. What we’re doing is very different. We’re saying to the consumer, “Pay what you wish,” which is not strong-arming anyone. We’re simply taking the friction [of pricing] out of the equation. We’re saying to the movie fan, you determine the value. So, both examples are bundling, but the motivation is completely different.

Schiller: Yes. All of the films are receiving the revenue in equal portions. There is no popularity test determining value, and that’s partly that’s because these filmmakers know each other, respect each other and are driven by the same entrepreneurial spirit. It’s been easy to move forward with this.

Filmmaker: How are you promoting the bundle?

Schiller: Passion is the biggest marketing tool in the world. You can always put together a good deal for the customer, but the passion to participate is not something you can add into the contract. It has to come from who the people involved are, the filmmakers who are at the center of these communities. So, yes, the filmmakers are going back to their communities and sharing with them the opportunity to buy three more movies from filmmakers they themselves like and respect.

Filmmaker: How did you select the bundle’s four films? Are these films you are working with at Bond/360? And were they all already on VHX?

Schiller: These filmmakers were at the top of our list, and they all said yes immediately. Sign Painters is the only one of the four we’re involved with. But, yes, these four films were already on VHX, which allowed us to move quicker and with more ease. One other thing: these are four films we are able to offer internationally, and that is very difficult to do because a lot of films have very complex international deals. We can get these films to people in over 230 countries. We didn’t want to say, “If you live in these five countries you get these two, and if you live in America you get all four.”

Filmmaker: What did the filmmakers do to enable this global accessibility?

Schiller: These four filmmakers understand the power of a global fan base, and they have structured their work so these types of offerings, which are difficult and complex to do, can be done. They’ve made good contracts [with distributors] — contracts that fit who they are and what their whole perspective is. I’ve talked a lot about how with the internet we are marketing to a global audience every day, and these are filmmakers who have adapted.

Filmmaker: You’ve posted that Bond is not taking a percentage of sales. Why do this?

Schiller: If we’re going to succeed, we are going to have to try things that are different. It’s important for me to take business models not used in film and try adapting them to film. This is an investment in looking into what can open up new revenue streams for filmmakers, Not everything we do has to have a direct transactional financial upside. I want to make sure we are pushing ourselves into territories not yet proven so that if it does prove to be something that opens up new revenue streams we understand them better than anyone in the world. We are interesting in understanding the type of person who is buying digitally so we can cater better to them. That is the best retail strategy: celebrate your audience and cater to them. If we are using only existing models we are flying blind. We don’t need to be; we can really learn from having access to that data. We don’t always get it. But when we have the ability to access it we should.

Filmmaker: Speaking of the kind of person buying digitally, is this group declining, following the way of music downloaders who are moving to streaming services?

Schiller: We are seeing that streaming is winning the game in music, and one day streaming will win the day in film. But there will always be an audience that wants to own. I think owning is a customer’s indicator of respect for the [creator]. But, yes, there is a space for rentals, and rentals are driving a lot of sales, but I don’t think we want to limit someone from owning. Think about the sensibilities of the fan — that’s what we’re tapping into. And letting them own the film at a price they set is a way of respecting the fan. I look at it that way. Could we have done it as “24 hour streaming but you don’t own the film.” Yes, but it would have sent the wrong message to the fan.