12 Picks for the SXSW PanelPicker 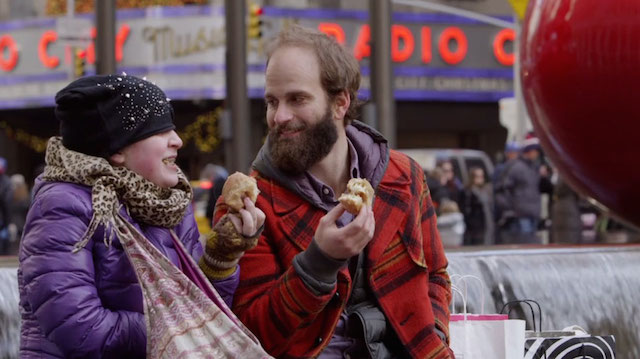 by Sarah Salovaara
in Festivals & Events, Filmmaking
on Aug 29, 2014

Not five months after the mammoth festival wraps, SXSW opens up their PanelPicker site, an online forum which aggregates all industry and filmmaker programming pitches for their next conference. Last year, I went through the offerings and highlighted 15 that piqued my interest; this year, the stakes are higher, and I’m down to 12 from the 183 listed. You have till September 5 to vote on your favorites.

How “High Maintenance” Is Redefining Storytelling

I fondly recall the day former Managing Editor Nick Dawson sent me a link to an episode of High Maintenance some 18 months back. Since then, Ben Sinclair and Katja Blichfeld’s comedic web series has gathered much steam and fanfare (including a stop over on our 25 New Faces list), before landing the plum gig of Vimeo’s first original series. They’ll speak about the particular opportunities the streaming platform affords in this discussion with Vimeo’s CEO Kerry Trainor, and devotee Emily Nussbaum.

The Future of The Theater

With VOD on the up and up and film projection on the outs, how do we keep the theatrical experience alive? Just where is this apparent “die-hard” cinephilic practice headed in the next decade? Now more than ever, this is a question that’s asked out of economic necessity, rather than lifestyle preference.

In addition to our singular dearth in government funding, the United States also has no co-production treaties with international companies. Canada, by the by, has 50. This panel will consider alternative funding models for films looking to shoot outside the country.

Alfred Molina’s Shakespeare Workshop For Everyone

Secret is Out! Distributors Reveal Their Numbers

An all but essential deliverables breakdown, as well as an examination of what succeeds in the digital space and why.

Notable for those involved, this panel will look at the intersection of creativity and technology, and ways of combating the notion that content should be free.

From Short to Feature Film: Tips for the Transition

How to make the leap to the big leagues, from development to post.

Price of Passion: The Filmmaking Entrepreneur

Building and engaging with an audience is essential for the low-budget filmmaker who wants to stand out from the crop. This panel examines how to cultivate relationships through crowdfunding, and channeling your efforts through distribution.

Financing for the First-Time Indie Filmmaker

Where do you go when you complete your script if you’re not keen on the crowdfunding route?

Here’s another one that caught my eye simply because of the filmmakers involved. Likely to be a wide-ranging discussion, you’ll get to hear from independent film’s best and most idiosyncratic on how they piece their projects together

Who’s Going to Fund My Webseries?

If not Vimeo then…

Jim Cummings adapts his Medium article to the stand-up format, looking at our twisted relationship with blockbusters and real-life disasters.