Lose Yourself to Dance: Mia Hansen-Løve on Eden 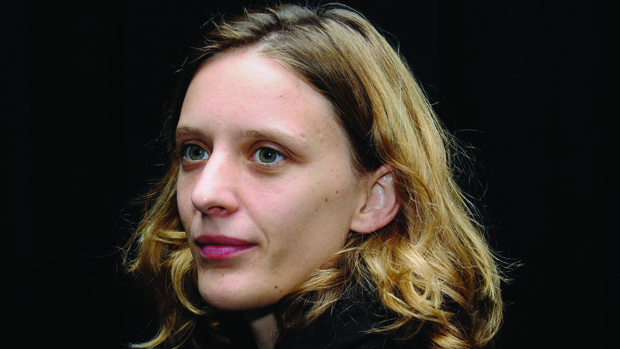 French filmmaker Mia Hansen-Løve makes movies about walking and not talking. About the unsaid stuff that underpins everyday life, that tacitly ferries us toward and away from life’s big dramas: love, first love, broken love, careers as they peak and wane, reunions and ennui, death, family. Hers is a world where the moving image, like life, is animated not by the noise that accompanies celebration and turbulent times, but by time itself.

So much so that Hansen-Løve’s four features, All Is Forgiven, The Father of My Children, Goodbye First Love and her most recent, Eden, span years, sometimes decades — figurative and, in some cases, literal lifetimes — never sacrificing meaning in favor of narrative push, instead accounting for moments as one does with memory: incrementally, impressionistically. “You understand so much in life that nobody explains to you,” Hansen-Løve says. “I try to make movies like life, where nothing is really said, and it’s there without needing to be explained.”

Co-written with her brother Sven and based on his own experiences, Eden tells the story of Paul (Félix de Givry), a Paris DJ navigating the rise and shifting landscape of France’s electronic dance music scene from the ’90s until today. With his collaborator Stan (Hugo Conzelmann), they form Cheers, a duo heavily influenced by Chicago’s soulful garage house rhythms. It’s a sound that distinguishes them and soon transforms Cheers into an overnight sensation, booking and selling out parties, but it’s also a sound that struggles to keep them relevant as the years pass. In one scene following an unsuccessful night, a club owner suggests they adapt their set in order to attract new crowds. Stubbornly, the duo refuses. Sitting there as they collect their meager fee, Paul and Stan suddenly look homeless in their own home. Nothing says the party’s over like the sharp glare of a club once the lights have been turned on.

Meanwhile, their buddies, Daft Punk, become superstars and a cast of girlfriends — played by Pauline Etienne, Greta Gerwig, Laura Smet and Golshifteh Farahani — come and go, experiencing the fallout of ego and what happens when lust cools or becomes poisonous. As in her previous films, Hansen-Løve subtly portrays the muted tones of a couple in crises, the Cold Warring dynamic of two people in a room who’ve forgotten what it’s like to feel giddy about someone; who pick fights for play; who navigate interior spaces with an angsty, near-teenaged restlessness. Who bring each other to the brink as if to accelerate some self-made notion that doom is an inevitable outcome of falling in love.

Paul’s lifestyle destroys him. Think: evenings that turn into mornings and the melancholy that ensues. “Living at night depresses me,” he admits later in the film after a decade of non-stop partying. He’s developed a drug problem, is broke, and the stale wear of aging but never growing up has taken its toll. Unlike films that romanticize subcultures and revel in the addled mess of good and bad, of self-destruction as artistic license, Eden is a testament to Hansen-Løve’s careful approach to work-life narratives and what it means to fall short of one’s dreams.

In All Is Forgiven, one of the protagonists is a junkie poet, albeit one who writes little. In The Father of My Children, we follow a film producer as he faces financial ruin. In Goodbye First Love, our young heroine, Camille (played exquisitely by Lola Créton), turns to architecture in order to mend a broken heart but doesn’t quite find success in her field. Her designs are criticized for reflecting a propensity for solitude instead of practicality, for designing a monastery when she was supposed to design student housing. In Eden, we again witness the diminishing returns of hitting one’s fever pitch, perhaps too early and without much consideration for the long game. Paul approached his passion sincerely, attending raves and talking to friends about why he loved the music, only to be corrupted by exactly that: his passion.

“It’s not an accident that all my films deal with a vocation,” Hansen-Løve says. “I think it has to do with the fact that I found myself as a filmmaker. The vocation became my life. I feel like there is nothing else I can do, that makes me happy or gives me a feeling of accomplishment, or helps me find some kind of balance in my life. But at the same time, there is a fragility to all of my characters because they were never 100 percent accomplished as artists.”

Eden is also, and most importantly, a film about friendship. “It’s always people who love each other in my films,” she says. “Not people who hate each other. It just doesn’t appeal to me. It’s not what I experience from life. It inspires me more to show people who, yeah, have their problems and vulnerabilities, that are self-destructive and can be mean sometimes, but who do love each other.”

The film’s freest moments are those between Paul and his friends when they’re simply hanging out, jokingly sparring and speaking in shorthand about their favorite movie, Showgirls, or arguing over who will pay the bill at dinner. In this way, Hansen-Løve’s collaboration with her brother is most felt. Despite Paul’s descent, which falls more in line with the tone of her previous films, Eden finds its sweet spot when the siblings’ writing converges — when more nostalgic dialogue is met with jokey repartee.

“One of the reasons I made Eden was to go back to a time before I was a filmmaker and to find again some kind of innocence in the way of partying, music and friends,” she says. “The interesting thing is, for Sven, it was actually the reverse. For him it was more about turning the page and moving on and getting a distance from his life as a DJ. He wanted to get rid of it, and I wanted to go back there. I think the film is in the crossroads of these two differences.”

While the script’s collaborative energy adds a distinctly charged and welcome change to her work, there is no mistaking that Eden is a Hansen-Løve picture. Witness her feel for building nooks of intimacy into a sprawling narrative, often with nothing more than a single object — a book of poetry, a father’s office papers and supplies, a straw hat, a letter, a white washboard with a friend’s scribbled portrait, a friend who is now dead — all of these mementos are standard Hansen-Løve fare. They come alive even once a character is gone because they function as eulogizing possessions.

“Things are so important in my films. I think it’s the one thing I kept from writing poetry,” she says. “When I was 18, 19, I used to write poems. They were very bad. But my poems always started from real life objects. Things. Because for me, things are connected to the invisible. I love this connection. It helps me connect to the world. In my everyday life, I’m bad with things. I lose everything. I’m not a materialist at all, but in films, things are really at the center of my inspiration. Images are here from the start. I just wrote a film one year ago which I hope to shoot next year with Isabelle Huppert. It’s about a philosophy teacher, so you can say it’s a film connected with abstract ideas, but books as objects are very important in the next film; touching them is important.”

Precision and restrained execution from moment to moment is another aspect of Eden that brings to mind her previous films, reinforcing Hansen-Løve’s singular, often peculiar, always slightly mournful vision. The camera will often pan away from the film’s characters, chasing what appears, and turns out to be, a random tangent, like a bartender at a club who we never really meet or the walls of a room where nobody is pictured. Why the digression? Mood.

Hansen-Løve navigates interiors as though she is a guest at party who was invited by a mutual friend. There’s something at once hesitant yet curious about the camera’s gaze. She catalogues people and body language, the furniture, what hangs on walls, the way friends stand in door thresholds when they’re angry or conversely, sharing advice. Rooms are approached with voyeuristic scrutiny even if the space is intimate, like a bedroom, or familiar, like a parent’s kitchen. Spaces are so carefully studied in Hansen-Løve’s films that they further build on the timeline — the before and after — and add texture, history and unexpected warmth.

In all of her films, we follow characters as they walk in and out of their Paris apartments, often accompanying them to their front doors. In Eden, Hansen-Løve’s favorite shot is simply that: Paul walking into his building as the camera then pans up to his apartment’s windows. Because we’ve seen what his apartment looks like, and the way the light hits his windows and casts shadows on his bed, we know exactly where he is, we imagine what he might be doing, and how he likely tossed his bag on the floor in his tiny kitchen the moment he walked in.

This kind of exactness presumes a certain intensity in the editing room. “I just love it,” she says laughing. “My editor [Marion Monnier], she’s made all of my films. We’re so close. She is exactly the same age and knows me so well. I’m just addicted to editing. I hate having to stop for the weekends. When I shoot, I’m also addicted to it, but I’m so exhausted that when the weekend arrives, I just accept it. But when editing and it’s the weekend, the fact that I have to wait two days, it’s like a nightmare!”

While Hansen-Løve characterizes her relationship to her work as “dire,” she is open to breaking the mold. “For the first time, maybe it would be artistically interesting to not do as I’ve done before. But it’s kind of a violent decision,” she adds. “It’s a rash decision. It would be good now, if I could make a film that isn’t about the meaning of life. Just a film just about something happening in a small frame of time. I think it’s interesting to try and reinvent yourself.”