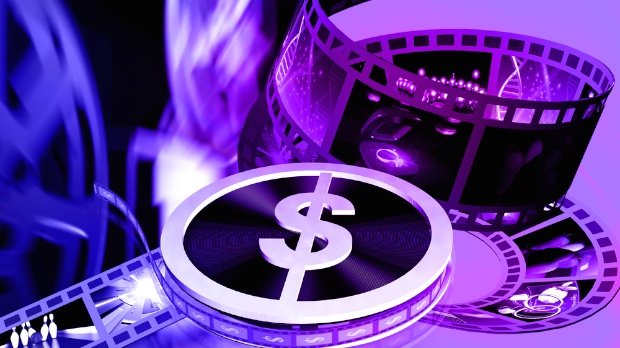 by Gill Holland and Tim Kirkman
in Filmmaking, Financing
on Jul 16, 2015

The process of finding investors for independent film can be trying, to say the least, but it can also be illuminating. Anyone who has ever attempted to find money for a film knows that there are typical questions that always get asked by first-time investors: How will I make back my investment? When do the investors get paid? How is the deal structured? Can I come to the premiere?

While looking for partners for Lazy Eye, our micro-budget feature, writer/director Tim Kirkman received an e-mail from a potential investor who had forwarded our package to a friend/advisor. The email contained a forwarded email of this investor’s advisor’s warnings, assertions and reasons not to invest. Tim then forwarded this to long-time producer Gill Holland, and we sent back the response below. At the same time, we realized that this email chain could be something other folks could potentially benefit from seeing, so here you go, up close and real-time indie film development.

The questions from this unknown friend or advisor to our potential investor are in bold, and our answers follow:

1. The most important thing is to read the entire script before you invest. We are happy to share the script, and as you read it, remember that film is art. It is subjective. Something that one person likes, another might loathe. The important thing to ask yourself is whether or not you think the story has potential, both artistically and commercially. If you do, we hope you will consider investing. If not, that’s okay. Others believe in it, we believe in it, and we will find a way to make the film with or without you.

2. Although all these players have experience in movies, that doesn’t mean that this movie will be great. We can’t argue with that. Frances Ford Coppola made The Godfather films, but he also made Jack. Ridley Scott made Thelma and Louise, but he also made G.I. Jane. Brian DePalma made Carrie and Scarface, but he also made Bonfire of the Vanities. See how subjective it is? There is never any guarantee.

3. It’s the script that really matters. It is true that you cannot make a great film from a poor script. But it is possible to ruin a great script with poor execution. The execution of the script determines a lot. At every stage — casting, shooting, decoration, wardrobe, editing, music, sound effects — decisions are made that affect every other component. And let’s not forget those aspects that are not decisions, but events over which the filmmakers have no control: weather, illness, natural disasters. Bad weather can quickly turn a four-week, 22-day shoot into essentially a four-week, 18-day shoot which impacts a film negatively.

4. The introductory paragraph of their Prospectus (referring to the standard confidentiality disclaimer) really means that everything outlined in their final goals are not to be relied upon. The first page is almost a huge disclaimer to that effect. This is standard legalese for almost any investment, including one in films. But it is true we cannot guarantee any successful outcome, and there is always risk. We are happy for you to speak with our attorney about this standard disclaimer, if you like.

5. They don’t outline here what “investor shares” are: e.g., are they 10% per $10,000 invested? The investor shares are in the proposal, but let us try to clarify better. The budget allows for (22) shares or units of $10,000. Individuals or groups may invest in one or more units. After payments of any incurred debts or balances, all revenue goes to investors on a pro rata basis until they receive 120% of their original investment. After 120% recoupment, the remaining “net profit” is split 50/50 between the investors and the production company. The 50% production company split consists of percentages given to the director, producers, actors, writer, and other participants pre-determined by the production company. Your individual investment reflects the percentage of the film you own (example: a $10K investment is about 4.5% ownership).

6. What if they run out of money and allow other investors after they are underway. Does that water down your 10%? We try very carefully to spend money only after we have enough financing to produce a film that can sell. And yes, there is always a possibility that the film will go a bit over-budget and if we need to bring in another $10-20K, the denominator of total investment will increase 5-10% so a $10K investment would increase that denominator accordingly. We have a team that has worked on many films so we are as confident in the budget as is, and we are happy to share it with you. The script was written with a micro-budget in mind with a minimal number of actors, locations and effects. Additionally, we have historically finished our four features on time and on budget.

7. Big question: If they are so good, why don’t they go to a bank for a measly $200,000? There are very few banks we have heard of that do any film financing and that is only when the film (usually a studio film with a big budget and big names) has extensive pre-sales. The bank will then require the film to have a completion bond and other costly elements that independent films simply never can afford. Co-producer Gill Holland has worked on over 100 films, only one of which ever had bank financing, and it starred some big names and only had a $2 million budget. If the question is why we don’t borrow the money personally, neither of us has that kind of net worth, though we are all invested considerably. Time and sweat-equity writing the film and now producing it adds up to significant opportunity costs for us. In this marketplace, $200K is not “measly” and funding a film using an LLC (the most common way of financing film) shares the risk. Most filmmakers, especially independent ones, cannot take this on their own. If your friend believes $200K is measly, then I strongly hope he or she will invest at least one share at $10K! Independent filmmakers rely on individual investors – not banks.

8. Will the investors get to see a real budget and how their investment is spent? We are happy to share the line item budget with you.

9. What happens if the movie never gets finished? What recourse do the investors have? We have always finished every movie we set to make. One (Dear Jesse) was nominated for Emmy, Spirit, Gotham and GLAAD Awards and was named Best Documentary of the Year by the Boston Society of Film Critics. One (Loggerheads) went to Sundance in the Dramatic Competition and won awards all over the world, including the Grand Jury Prize at OutFest. Three had theatrical runs and the other found a life on iTunes and Hulu. On top of that, they were (mostly) well-reviewed. That’s an accomplishment very few filmmakers can assert. If the film does not get made within a certain amount of time (predetermined by the LLC), the investors get their money back. A film schedule gets set by a host of factors, including cast and location availability, timing of all funds being raised, and seasonal requirements, among other things. Flexibility in shooting schedule is key. The main thing to remember is that no one wants the film to get made more than the filmmakers.

I really hope this helps.