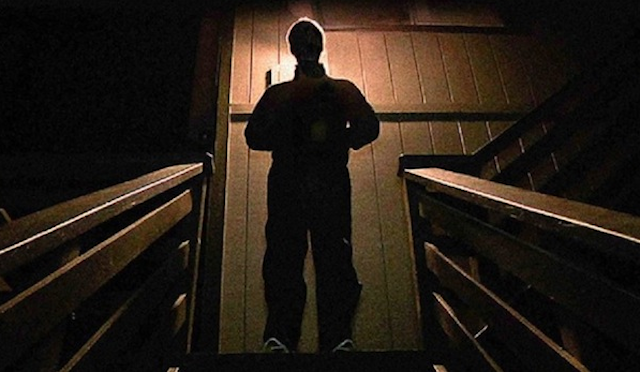 by Sarah Salovaara
in Distribution, Filmmaking
on Sep 4, 2015

In a flurry of recent announcements that include the launch of Metrograph, a repertory and indie cinema on the Lower East Side, and the expansion of Greenwich Village’s IFC Center, New York is beating back against the so-called deterioration of the theatrical experience. The Williamsburg bar-video rental store-screening room Videology, along with its neighboring Spectacle, is also dipping its toe into the weeklong run, with an exclusive release of Patrick Brice’s first film, Creep, on the heals of its extended runs of Drafthouse titles Roar and The Tribe. Filmmaker spoke to programmer Ryan Edgington about the venue’s transition, if “eventizing” is necessary to draw audiences, and what else Videology has on tap.

Filmmaker: Videology is something of a catch all — it rents videos, hosts bingo nights, screens repertory films and sneak previews, and now theatrical week-long runs. Do you feel the eventized nature is necessary to attract audience in a VOD dominate age?

Ryan Edgington: Yeah, and I think that’s been great for certain things because it’s forced us to be more creative. Still, sometimes I wish we could just do things like a Ken Russell retrospective and that be enough to entice people. One night we could show The Devils. The next, Lisztomania. No tie-ins, no guests, nothing extra really. Truthfully, that’s not very realistic, especiallyconsidering we don’t have a 35mm projector. If we did I think things like that would probably be far easier sells. You can be more indulgent with the programming if you’re screening on celluloid.

Filmmaker: What appealed to you about offering theatrical runs and how did you come to collaborate with Drafthouse and Blumhouse/The Orchard on Roar and Creep, respectively? Are you finding the amount of work that goes into putting on a weeklong run disproportionate to your typical screenings?

Edgington: I thought it would be a definitive way to show people that this is a real screening room, more than just a place for one-off events, trivia nights and bingo. We have the facilities, staff, and capacity to show new movies and not have people feel cheated out of the movie theatre experience. Personally, I think it’s one of the most unique places to see a movie in the city (and I say that with a totally unreliable bias).

So far, our experiences with distributors have been really easy. The Drafthouse people are exactly how you’d expect them to be and we love working with them. Orchard the same. In regards to forging these relationships, it’s born out of us getting more high profile things on the calendar. If I can go to IFC saying we just did a weeklong run of The Tribe it makes them look at us differently. Who knows? Maybe in a year we can get PTA in here? Probably not. We should shoot for Ned Beatty. That seems a lot more doable.

I would say it takes more work putting them together but in terms of publicity, you can sell it as a single event as opposed to having to promote 7 different one-offs.

Filmmaker: Would you be willing to host week long runs for films that were submitted for your consideration? Do you have any more upcoming runs planned?

Edgington: Yes, although I would hope that audiences some prior awareness of the film otherwise it makes our jobs pretty difficult. A long term goal for us is to get in a position where people trust our taste enough that they’ll come out for a screening of something they have absolutely no awareness of. I used to live in LA and Cinefamily did it all the time. They sold out a screening of Zulawski’s On the Silver Globe. That’s got to tell you something.

Also, I’m excited to announce that we’ve got a weeklong run of Sion Sono’s new film Tokyo Tribe in October. We’re also doing a special one-off screening of his 4-hour masterpiece Love Exposure during the run (which we’re ridiculously excited about). For those who know Sono’s work, Tokyo Tribe will not disappoint. For those who don’t, watch Why Don’t You Play in Hell immediately. It will change your life.