The Repertory Film Tradition Continues at the Brattle Theatre 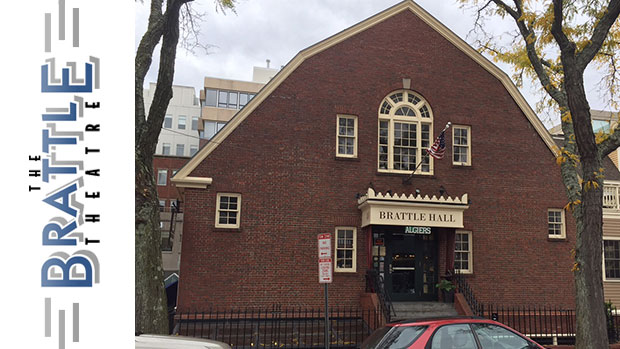 Boston is home to many historic landmarks and buildings, but for film buffs and film students, the best-known may be the Brattle Theatre in Harvard Square, Cambridge. The Brattle has been running as a repertory theater (specializing in older “classic films”) since 1953, and has been credited with keeping movies like Casablanca in the public consciousness through the ’50s and ’60s. In addition to classic films, the Brattle shows foreign and independent film, and just celebrated 15 years running as a non-profit.

The Brattle Theatre is housed inside Brattle Hall, which was built by the Cambridge Social Union and opened in 1890. For the next 60 years it functioned as a traditional performance theater, but in 1953 it became an arthouse theater first showing foreign films, then expanded to include revivals of classic American films.

The Brattle has gone through many changes since then. The front half of the building is now used for other purposes, resulting in a shortening of the theater, and a rebuilt balcony. The theater has just one screen, and is one of the few remaining theaters that uses rear-projection to show its films. 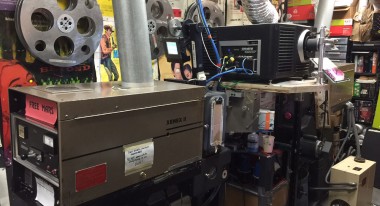 The Brattle passed through several owners before becoming a non-profit 15 years ago. The building itself is leased, and the last operators did not want to renew the lease. Ned Hinkle and Ivy Moylan, who are now the Creative Director and Executive Director respectively, both worked for the previous management and felt strongly that the Brattle should continue.

“In addition to being an amazing theater,” says Moylan, “the programming model as well as the physical space were important to preserve, but we also knew that it was not sustainable.” Repertory cinema is expensive and the single screen model is not typical, but Moylan and Hinkle felt that the theater might survive with the help of the community: “The community hadn’t been asked to participate in sustaining the organization and we both felt like that was the key to ensuring that it lasted.”

The non-profit foundation took over in March of 2001, just six months before September 11 — a devastating period for many cultural organizations, not least a new non-profit. Another early unexpected challenge was competition from on-demand services. But during that period, the Brattle began to make use of new social media tools, created a website and expanded email marketing. This also resulted in a change to their programming model. 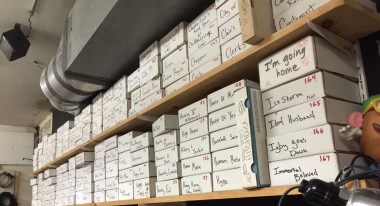 The Brattle maintains an extensive archive of film trailers they have received over the years.

“When we first took over, we did vertical programming, so every Monday was one kind of series, every Tuesday was a different kind of series,” says Moylan. “In 2003-2004 we changed to a horizontal, more traditional repertory programming model, partly because email became our main source of marketing and it’s overwhelming to be talking about five to seven different kinds of programs in one week. Now, Friday through Thursday we’ll do a series on a weekly basis.” This change made email communications simpler but also had a budgetary impact because it cut costs on shipping the films: “We’ve tried to be as adaptive and responsive as we can be, while also staying true to the history and the heart of the Brattle as a repertory cinema, one that’s helping people discover or rediscover films and filmmakers.”

The latest change the Brattle has weathered is the switch to digital projection. “We knew it was coming and we’d been watching things change [but] film was still available and we really didn’t want to make the huge investment,” Moylan says. “We really didn’t think it was going to affect us for a long time because there’s not a lot of resources going into classic and independent film, but when the recession hit in the late 2000s it really escalated the progress because all of a sudden the studios realized they could save a lot of money — or pass on their expenses to the exhibitors.” The Brattle was able to make the transition in 2013 thanks to another new web development, crowdfunding. With a campaign on Kickstarter they raised money for a digital projection system as well as an upgrade to the theater’s HVAC system. 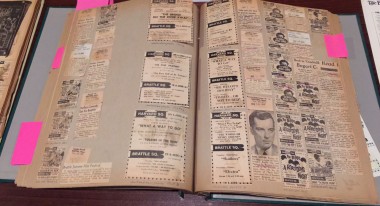 The Brattle has several scrapbooks of ads from previous years. This one is from 1963.

Interestingly, it currently costs the Brattle less to rent movies on film than to get them on DCP, but the cost of shipping for the DCP vs. several rolls of 35mm films is much less, so the price difference is mostly a wash. Still, the Brattle prefers to play film if they can get their hands on it, and – depending on the films being shown – 40-50% of their films are still “films”: “We believe that there’s something special about actually seeing a film on film.”

Moylan says that the focus for the foundation over the next few years is on expanding their community programs, particularly in educational programs. “It’s not just a movie theater, it’s a place of discovery and learning. We’re focusing on outreach and development in building the next generation of filmgoers, because we really believe that there’s something special about seeing movies in cinemas vs. watching them at home.”

As a small theater, the Brattle also likes to work directly with filmmakers. At least 25% of their premiere films are either through micro-distributors or directly with filmmakers. “We really believe in helping to discover new filmmakers and new trends, and that’s something that we have the ability to do because our programming isn’t necessarily about how big an audience is going to be, but how important the film is going to be.”