“Your Job as a Programmer is to Look on Behalf of the Audience”: Charlotte Cook on She Does Podcast 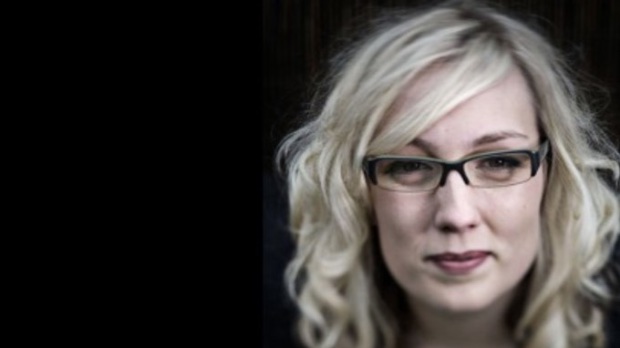 by Elaine Sheldon and Sarah Ginsburg
in Distribution, Filmmaking
on Jan 27, 2016

Charlotte Cook, Field of Vision, She Does Podcast

Charlotte Cook is a documentary film programmer, curator, producer and co-founder of Field of Vision. Cook was the Director of Programming at Hot Docs film festival for four years before she left in May of 2015 to start Field of Vision, a visual journalism film unit that aims to commission 40 to 50 original episodic and individual short non-fiction films each year. Cook co-founded Field of Vision with Academy Award-winning director of CITIZENFOUR, Laura Poitras, and filmmaker and founder of Cinema Eye Honors, A.J. Schnack. In this episode of the She Does podcast, we talk about Cook’s journey to programming Hot Docs, including her time at The Times, BBC Storyville, and The Frontline Club. Charlotte also walks us through what Field of Vision is looking for and how you can be part of it.

On Watching Films with Fresh Eyes and on Behalf of The Audience
It would drive me crazy when filmmakers would insist on showing me trailers. Because often what filmmakers feel like the film is about is not necessarily how it comes across, and they can do a disservice to themselves. So I would try and go in as blind as possible. It’s irrelevant to me what the film is about. It’s just about the quality of the film and how they’re telling the story. I wasn’t really looking in terms of subject matter, it was how the story was told and what I thought the audience would take from it.

On Following The Lead of Filmmakers:
I’ve always hated the term “gatekeeper” or “tastemaker” or anything like that. I always say the filmmakers drive everything, and I think there’s this weird misconception about that. We are always at the mercy of the filmmakers, and that was something I always tried to get through at HotDocs. You would see filmmakers thinking about things every year; there would be different modes of telling stories or different subject matter. So we would build theme programs around those instead of saying, “We’re going to look at this this year.” It was, “No, let’s make the filmmakers dictate what those programs are.” I think that is important and that we are representing filmmakers in that way.

Money’s Influence on Filmmaking Trends
Money dictates what’s getting funded and alot of times filmmakers have to respond to that. I think documentarians, because they have no money and because they’re having to wing it half the times, they are the most creative and innovative of any cinematic artform. So I think technology and money creates movements because filmmakers are responding to the new parameters.

How To Become a Programmer
There is no path to becoming a programmer. But there are audiences out there desperate to see stuff, and I think it’s probably easier than ever to curate online and write about what you love. It’s a case of just finding a voice and putting work out there. I think everybody can do that now. There are so many venues and cinemas around that if you said, “I will take on this once a month.” And not doing it necessarily to make money but just to get work out there, I think it would be fairly easy to do if you put the time in. Your job as a programmer is to look on behalf of the audience. It’s a skill and you have to train yourself, especially when you’re watching rough cuts. You have to know what the film is going to become and that is a skill.

Advice to Filmmakers When Deciding on Festivals, Partners and Distributors
Every film is different, so there isn’t a playbook. Timing is everything. The type of film, the way you’ve made it. So know the film you have and then look at other films that you would hope to have the same trajectory of success that you want, and look at what they did. And then call those filmmakers and they will tell you who the good and bad guys are. Filmmakers want to help other filmmakers.