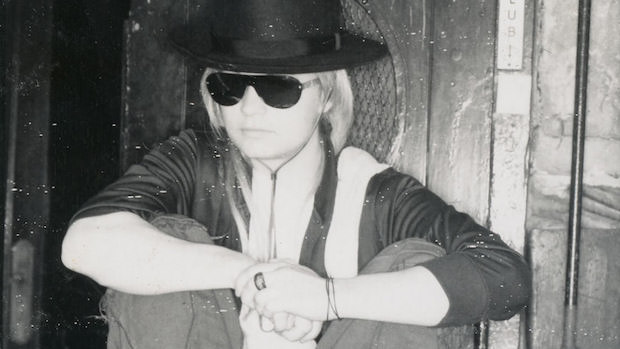 From the director of The Devil and Daniel Johnston, Author: The JT LeRoy Story charts the literary universe created by writer Laura Albert. LeRoy, her literary alter ego, has enraptured and enraged readers since the 1990s. Filmmaker spoke with DP Richard Henkels about he sought to have the documentary “feel like a feature film, not a TV doc.” Author had its world premiere at the 2016 Sundance Film Festival.

Henkels: I was on a commercial job for an undisclosed computer company in which Jeffery Feuerzeig was directing. We connected and he was looking for a DP. When he found out I shot a portrait of JT Leroy for an art show with Robert Wilson, Black Rider, it was a done deal.

Henkels: The challenge was to pull off extremely slow but designed moves on the study of how JT Leroy lived. We went with an extremely simple motion control system that my key grip Jerry Giacalone designed.

Henkels: Jeff and I really see eye to eye. We share similar craziness when it come to extreme attention to detail. We wanted this documentary to feel like a feature film, not a TV doc. So we set the bar high and gave it our highest level of visual aesthetic.

Henkels: The biggest challenge was speed versus quality. Usually when you work with motion control the schedule permits only a few set ups a day. On Author we were averaging 12 to 15 a day with great success!

Henkels: Cannon and AbelCine were very good to us. Eighty percent of Author was shot on the Cannon C500 with the Aja Box recorded at 4K, set at 320ASA with the Zeiss T1.5 Compact Primes. The rest was on the Cannon 1DC at 4K, 320ASA with older Nikkor Lenses that had the NovaFlex adaptor.

Henkels: My lighting approach tends to be very indirect. I like to bounce light; it’s more of a subtle natural approach. Though having to expose at around a 5.6 with 320ASA was a bit of a challenge. Reason for the slow ASA and deeper stop was because we needed to do copy camera zooms and moves in post while holding a tight grain structure with tack sharp focus. As for light fixtures, the 150W DeDo lights with lens and Iris were our saving grace.