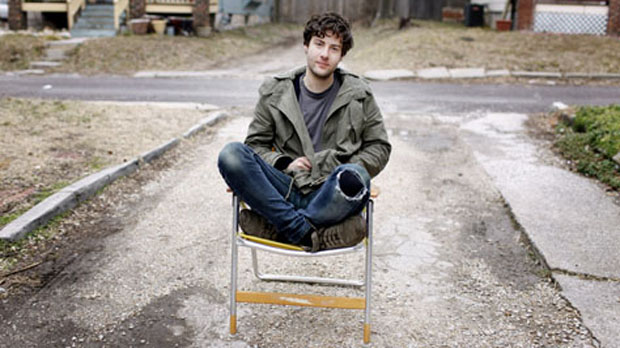 It’s all too fitting that someone whose initials are A.D.P. should become a cinematographer, and Andrew Droz Palermo may indeed be the best cinematographer you’ve never heard of. But, after this summer, that’s all about to change.

Palermo lensed his first feature, Adam Wingard’s smart horror flick You’re Next, more than two years ago, but the movie was put in storage by distributor Lionsgate. It’s finally coming out this August, just weeks before the release of the second film Palermo shot, A Teacher, directed by 2012 “25 New Face” Hannah Fidell, which debuted at Sundance 2013. And then there’s Rich Hill, a documentary he’s co-directing and shooting about the impoverished Missouri town, which is expected to play the winter festival circuit in 2014.

Born in Columbia, Mo., and raised in nearby Jefferson City, Palermo describes his approach to cinematography as “instinctual.” “I grew up in a very natural environment and I’m very drawn to expressive, naturalist work. I’ve chased what excites me aesthetically and what I find beautiful.” At the same time, he says, he was influenced by the movies he was able to see as a kid — which meant blockbusters. “I was an obsessive movie watcher,” he recalls. “I was really into Arnold Schwarzenegger. I loved Robocop. I would watch Predator nearly every single day, but until middle school I didn’t really think about [film] as something I might want to do.”

Even then, pursuing a career in cinema seemed both too fantastical and too risky. Instead, Palermo studied graphic design at Columbia College Chicago but realized before he graduated that it wasn’t creatively satisfying enough for him. Changing tack, he started taking photographs and then progressed to making music videos, primarily for indie outfit White Rabbits but also for ARMS and Believers.

Ultimately, Palermo is aiming for a career that will allow him to alternate between shooting and directing. In 2011, he wrote and directed the short A Face Fixed, and the same year Kim Sherman (another “25 New Face” of 2012) took to the Sundance Feature Film Creative Producing Lab One & Two, a script co-written by Palermo with Neima Shahdadi about two isolated teens who learn to teleport, which Palermo plans to helm.

Since late 2011, he’s been shooting Rich Hill, co-directing it with his cousin, Emmy winner Tracy Droz Tragos (Be Good, Smile Pretty). “[The town has] a very lush landscape, but it’s also crumbling, so there’s an infinite number of things to shoot. It’s beautiful and very sad at times,” he says. The doc centers on the struggles of three teenage boys growing up among considerable hardship, and Palermo says that once he and Tragos “saw the conditions they were living in, [we] just fell in love with these kids and felt compelled to tell their stories.”

Rich Hill has already received MacArthur and Sundance grants and attended the Film Independent Documentary Lab and the Sundance Documentaries Edit and Story Lab. Gorgeously shot, it is a very personal depiction of the town, where the directors still have family. “I wanted it be heartfelt,” Palermo says. “I often feel with docs there’s a distance between the camera and the person, as well as a lack of intimacy between the directors and the subjects. I felt if we could be as close as humanly possible for comfort, that would just be so much better.”—N.D.