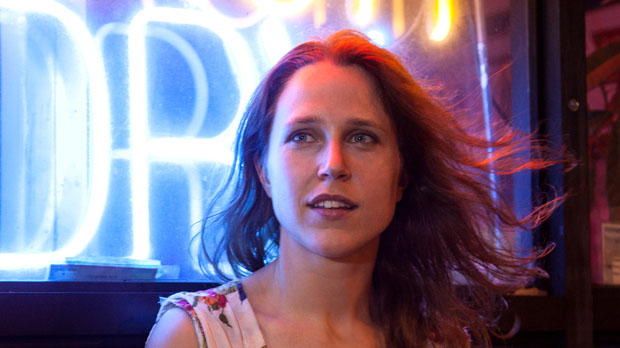 In her late teens, Josephine Decker wanted to be a conductor, and when she got to Princeton, she excitedly applied for a conducting class. But these ambitions were scuttled when, during the entrance exam, she was played an extract from a string quartet and asked if the cello was sharp or flat. Her response? “Which one’s the cello?”

Cut to a few months later, and Decker is watching Monsters, Inc. “I was so engaged in it, so enthralled,” she recalls. “At the end of the movie, my roommate said, ‘Josephine, you have to make kids movies! I think it’s your calling.’”

Recalling her Pixar-induced eureka moment, Decker says, “I began to realize [that directing] combines everything I’m interested in — music, writing, costumes and that collaborative experience that conducting would have been.”

The Texas-raised Decker’s interests are diverse. Since graduating from Princeton, she has worked at a nudist summer camp, at the Pig Iron Theatre Company, produced long-form TV documentaries, directed with Brittany Blockman the 2008 doc feature Bi the Way (about bisexuality), made shorts and music videos, played in the Main Squeeze Accordion Orchestra and made a name for herself as a performance artist. She’s also acted in a string of indie movies, including three by Joe Swanberg (Uncle Kent, Art History, Autoerotic) and gained minor notoriety for stripping naked in front of Marina Abramovi? at MoMA on the last day of The Artist is Present.

Decker has yet to make a kids movie (although her 2012 short Me The Terrible comes close), but she has recently shown that directing is indeed her calling. In 2012, she set out to make two 35-minute shorts that would together form a feature. The project, however, expanded, and the result became Butter on the Latch, a 65-minute feature that debuted at the Maryland Film Festival, and Thou Wast Mild and Lovely, another feature, currently in post.

The tale of two women whose friendship starts to disintegrate at a remote Balkan folk music camp, Butter has the unsettling quality of a Russian fairy tale. (Its title is derived from an eerie Balkan ballad.) Decker was inspired to make the film after visiting the real-life camp in Mendocino, Calif. “Everywhere you move there’s this crazy Balkan music floating through the trees from the distance, and it’s all acoustic and there’s no electricity. I was like, ‘Somebody has to make a horror movie here,’” Decker recalls with a laugh.

Lovely, like Butter, sees Decker taking us to uncomfortable places. ”When I was writing it, I thought I was writing about the darkest, most gritty, visceral, sexual thing,” she says of her film dealing with a woman uncovering a hidden part of her sexuality. “I was pouring my heart out into the script. But then when we shot it, I realized how much humor is part of my sexuality, and who I am as a person, and some of those moments are the funniest scenes in the film because of that.”

Currently Decker is prepping her third narrative feature. She credits Swanberg — who along with Robert Longstreet stars in Lovely — for inspiring her to be “fearless,” to be so prolific as to be unconcerned if some work fails. Butter on the Latch came together very quickly and Decker “just let it be what it was going to be. I needed to start making longer work — and fail at it, basically. I think that’s why the movie is different … because I was not trying to not fail.” She laughs, correcting herself. “I was trying to fail, I guess.” —N.D.