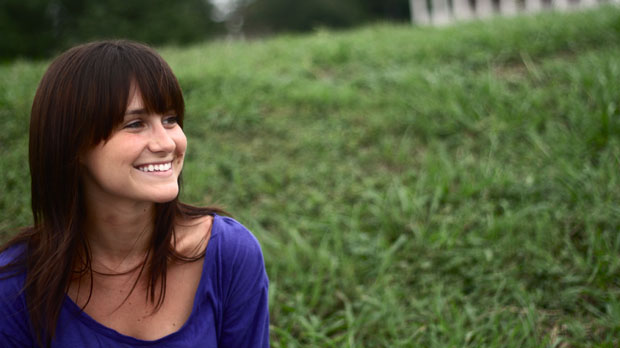 Documentary filmmaker Elaine McMillion grew up just west of McDowell County in southern West Virginia, but she’d never actually been there until 2011 when she came to make a film about rural America. McDowell “is frequently seen as the worst of everything in West Virginia,” she says. “It’s always ‘highest teen pregnancy,’ ‘highest obesity,’ ‘highest heart disease,’ ‘highest rate of drug overdose,’ and on and on. But what I learned when I came here was that there were a lot of people with fascinating stories to tell.” Enough so that the resulting documentary, Hollow, couldn’t be contained in a linear film. “After I met all these amazing people, we just thought it would be a really rich new media experience that would allow more voices to be heard and allow a lot of participation from the community.”

The resulting interactive doc, which launched June 20 at hollowdocumentary.com, is a community portrait that includes about three hours of video — including a lot shot by members of the community — audio recordings, text, photographs and user-generated material via Instagram. “We found developers who were interested in stories. Our lead developer got to know all the characters and was asking questions about them and thinking through the narrative. It was good to have someone who cared about the story and not just who wanted to write code.” This attention to story means users are spending from 15 minutes to three hours on the site, an eternity for online video. It also means Hollow’s receiving a lot of industry praise, including a 2012 TFI New Media Fund grant, and helped cement McMillion’s position as a go-to presenter everywhere from SXSW to Harvard.

McMillion just completed her master’s degree from Emerson College. Her first feature, The Lincoln County Massacre (2011), was about police brutality in West Virginia, which she followed by co-directing The Lower 9 (2012), about New Orleans’ Lower Ninth Ward since Katrina. Add to this a short doc about Associated Press journalist George Esper, her New York Times Op-Doc West Virginia, Still Home, and lots of freelance work, and you get an idea of just how prolific McMillion pushes herself to be. “I think the tools I acquired as a journalist prepared me for most of the experiences I have encountered. You have to be on your toes, you have to be flexible, and you have to be dedicated.”

This dedication means she has a pretty full plate, but she’s still hard at work rolling out Hollow’s additional components. “We’ll never be able to disconnect from this place,” she says. “We’ll always be providing support for them. They’ve sort of adopted us and we want to make sure they have everything that they need to be successful.” She’s also beginning work on her next interactive doc and other projects. Throughout her work “it’s really about broadening the conversation about rural America and starting to ask the hard questions of, ‘What’s going to be there in 25 years?’ ‘What does the future hold for small-town America?’” We don’t know, but it seems McMillion has developed the right tools to find out. -— Randy Astle