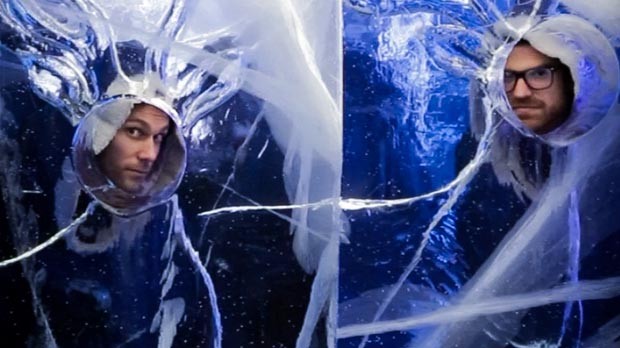 In the middle of 2010, filmmaker Drea Cooper and photographer Zackary Canepari launched a website with the name “California Is A Place.” The goal was to find a more satisfactory outlet for short profiles of residents of Cooper’s home state than trusting being discovered on the festival circuit. “If you’re an artist of any sort,” Cooper notes in an email, the Internet “is the single greatest tool for putting work into the world and having people see it. It makes TV seem like a square wheel.” In 10 minutes or under, Cooper and Canepari deftly refresh stale signifiers of their state’s culture by sketching out the life of a Los Angeles mariachi trumpet player (El Rey) or an elderly Orange County woman who credits marijuana for staving off suicidal urges related to her multiple sclerosis (Aquadettes). California’s been extensively mapped onscreen before, but Cooper and Canepari find new approaches and subjects (“We try to actually avoid L.A.,” they note, “but it’s hard to do.”), rendered in bright colors and bold shots drawing equally from their love of Errol Morris and advertising professionalism.

Neither was un-established before their new project went viral. Cooper had made several short and feature documentaries, while Canepari was already a highly regarded freelance photographer. After meeting on a commercial set, the two worked on several mutual friends’ projects before launching their own collaboration, “California.” Eight films are online so far; footage for two more has yet to be edited, with both collaborators kept busy on a whirl of assignments. The pair ultimately envisions a public exhibition including “ancillary materials as well as original poster art and a huge California mural,” Cooper explains. “If we really had our way, the people in our films would be in the building as well.

“We make commercials to pay the bills,” Cooper writes. “We make films to feed our souls. We mostly have the time to do both.” Foremost on the latter front is a film bearing the working title T-Rex, covering 17-year-old Claressa Shields, a boxer from Flint, Mich., bound for the London Olympics. “It’s the first time in 2,000 years that women boxers will compete at the games,” Cooper notes. “It’s pretty much the only thing we talk about these days.” Balancing passion projects with professional obligations can get unwieldy. “Sometimes one of us is wrapping up a commercial while the other is off chasing our next story,” Cooper writes. “It’s certainly a tricky balance but not one we’re complaining about.”