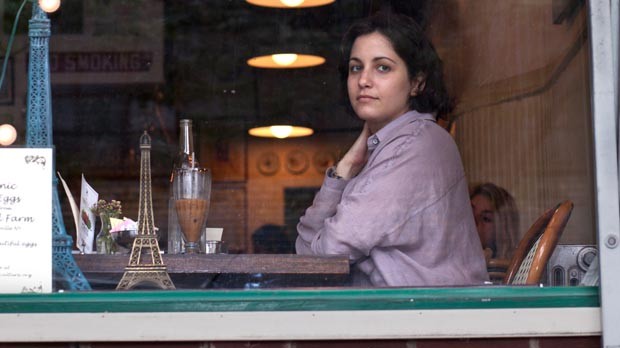 When, in 2009, Hannah Fidell saw It Was Great, But I Was Ready to Come Home, the directorial debut of Kris Swanberg, she was incredibly inspired. “I thought it was absolutely amazing – she just did it, she just went and made a movie,” Fidell recalls. “So I thought I could do that too. And then I did, and it was a complete failure.”

Or, more accurately, a failure on her terms. We’re Glad You’re Here – a just-under feature-length film about a disillusioned college grad returning to her hometown – simply was not what she had conceived it should be. “I learned what not to do,” she says about the experience. “And how to prepare, how to work with actors, how to work with non-actors, how to direct and produce. How to do everything, basically.” She adds, “It was also way too personal, which, for me, is not the best way to go.”

Fidell already had experience adjusting to circumstances. A native of Bethesda, Md., she studied film theory at Indiana University and was on course for a career in academia, but after graduation ended up working at Ridley Scott’s commercial production company in New York. When the market crashed in 2008, she switched gears and went to the New School, intent on making films.

She rebounded from We’re Glad You’re Here by moving to Austin, Texas, regaining her confidence by making The Gathering Squall, based on a Joyce Carol Oates story. This intense and visually stunning short was shot by Andrew Droz Palermo, who subsequently connected Fidell with producer Kim Sherman (also one of our 25 New Faces this year.)

By the time Squall had been accepted into SXSW in early 2012, Fidell was in pre-production on A Teacher. Written by Fidell for Lindsay Burdge (the lead in We’re Glad), it is an assured and highly compelling psychological drama, the portrait of a late-twenties high-school teacher whose life unravels because of her affair with a student. Fidell was inspired to write the film after discussing with Burdge Isabelle Huppert’s stunning performance in Michael Haneke’s The Piano Teacher, pledging to write for Burdge “a role where she could show off her true talents.”

Of Burdge, who is superb in A Teacher, Fidell says, “She’s taught me so much, even about directing,” and acknowledges that having talented, like-minded people such as Burdge, Droz Palermo and Sherman working on A Teacher made an immense difference. “The most important thing I learned was finding a team that I can trust and be confident in,” she states. “Having it being friends hanging out together is so great.”

Though the film is not yet finished, A Teacher has already won an award, taking the post-production prize at the Champs-Élysées Film Festival’s US in Progress section this June. Looking ahead to a festival premiere, Fidell is buoyant about her and her film’s future. “It feels great now seeing A Teacher progress into something that I really love,” she says. “That’s the greatest feeling in the world.”