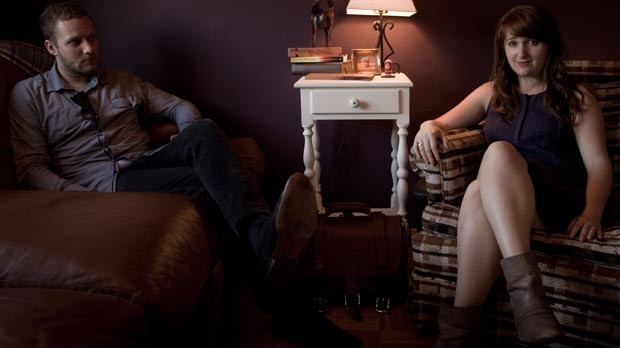 For their debut documentary, Jason Tippet and Elizabeth Mims wanted to follow the classic instructional dictum to write — or in this case, film — what they knew. “We were obsessed with making a film about people close to us in age. But neither of us have anorexia, or a lot of problems, and I wasn’t pregnant at 15,” says Mims.

Then, one day, they met high school seniors Kevin Conway and Garrison Saenz at a skate park in Canyon Country, an economically ravaged town located within Santa Clarita, Calif. Skaters, Christians and best friends, Conway and Saenz “didn’t pay attention to the camera,” Tippet says, “and those are the kind of people we’re interested in.” Between Tippet’s game show p.a. jobs and Mims’ part-time work at an Egg Plantation (“101 different omelets,” she notes), they filmed the teens, and three months in found their dramatic conflict: Skye Elmore, Saenz’s quasi-girlfriend, who has kissed Conway and not him.

Over a shoot that lasted almost two years, Tippet and Mims captured the youthful indecisions and sexually charged jealousies of these friends, most often in beautifully composed, locked-off shots. The finished film, Only the Young, has a stylized formal precision to it as well as reality TV-style direct address moments, but in its gentleness, its avoidance of artificial drama, this sweetly melancholic film feels like something new.

Tippet and Mims first met as freshmen at CalArts, became friends and started showing each other their work. They can’t remember whether they started dating before or after their excellent, similarly styled, SXSW-premiering short film Thompson, made during their junior year. Says Mims, “Jason does the camera, I do all the sound, and we both come up with interview questions and edit.” In addition to films like Billy the Kid, Trona and American Movie, they say they were influenced by the work of CalArts instructors James Benning and Thom Andersen. “In Benning’s work, everything is so amazingly photographed,” Mims says. As the couple developed their own style, they gravitated, says Mims, to wide shots and prime lenses. “We also became obsessed with Wes Anderson’s films and Bob Yeoman’s cinematography,” Tippet says. “And we both didn’t [initially] realize you could shoot docs with a tripod.”

Only the Young premiered at True/False, played Hot Docs and recently won the Grand Prize at Silverdocs. UTA is helping the filmmakers and producer Derek Waters sell the movie. And the pair is thinking of their next picture, which, despite their interest in narrative fiction, will probably be a doc again. Saying that they’re waiting for possible doc subjects to “call them back,” the filmmakers tell me about various possibilities, including an Anaheim man who calls himself, says Mims, “the number one no-hand driver in all the land.” “He gives us VHS tapes of him driving in real time to Disneyland and back with no hands. He says, ‘The reason I drive with no hands is to feel closer to God.’”