10 Ways to Advance Your Film’s Story, Outreach and Impact: A Report from the IFP Filmmaker Lab 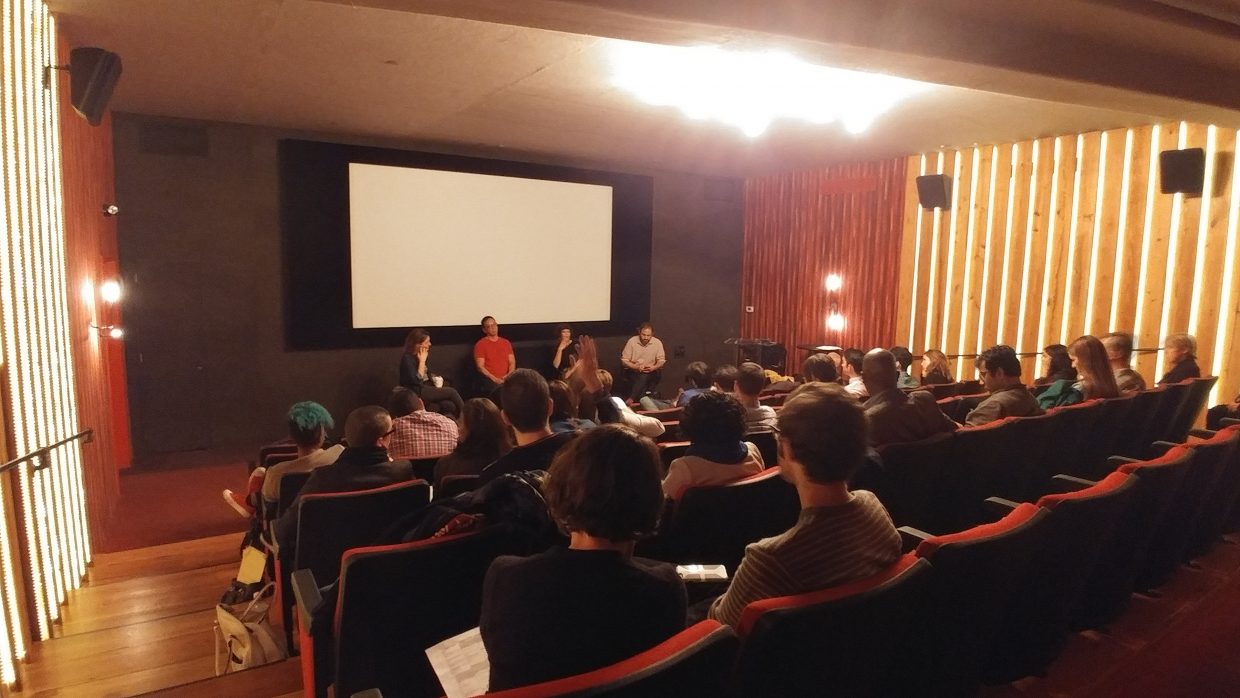 Jon Reiss (at right) at this week's IFP Filmmaker Labs.

With all the trauma of this past week, I at least had the good fortune of spending it at the IFP Filmmaker Lab in New York City. Filmmakers and my fellow mentors all showed up Wednesday morning stunned, tired and depressed from watching the election returns all night. Some stayed home but by the middle of the morning nearly all the filmmaking teams had turned up. I say that I was fortunate because one of the things that I love about the labs is that we become a community of support for each other. Even though my morning presentation was on something as banal (for last week) as budgeting and timing a release, we were all reminded about how stories and art inspire, motivate, create community and express our humanity. And, helping artists get their work out to an audience will never stop being relevant — especially now.

Joining me up on the stage for this discussion was my dear friend Jennifer MacArthur from Borderline Media and Emma Alpert from JustVision. MacArthur is one of the most profound thought leaders in this field. Marlowe does incredible work focused on the Israeli/Palestinian conflict.

Here are ten key points about films seeking to have impact on the world that came out of that session.

1. Films seeking to have impact need to have a strong story that moves people and should not just be fact-laden PowerPoints.

Think about how are you going to connect beyond the core audience: through story. Everyone making a film for impact wants to preach beyond the choir (although now it is also important to charge up the choir). What many filmmakers forget is that inspiring engagement requires an emotionally gripping story that can keep an audience involved for 90 minutes. Often filmmakers get so caught up in the message of the film that they lose sight of the fact that people respond to emotions. We, unfortunately, keep relearning this in politics as well. (Corollary point 1A: Don’t underestimate the power of humor in your film to help connect with people.)

2. Do test screenings with your film with people you want to reach outside of your choir.

What are their feelings about the film? Is it moving them? Consider focus groups of specific target audiences.

3. Sometimes wait until a rough cut to begin your outreach.

Since many (if not most) times documentaries are made in the editing room, it might be best to wait to start engaging outreach until you have a rough cut so that you know what your film actually is going to be and what audiences it will appeal to. Sometimes, though, you may want to engage with stakeholders earlier if you want to interview their principals, which might increase their motivation to help the film’s release.

4. Research what you are trying to change in the world.

Is that possible for your film? Will your film have a meaningful impact? If it’s not clear how it will, think more about your filmmaking approach. (Corollary point 4A: Brainstorm what is the big idea that you are trying to accomplish, and then create a specific action item that will work toward that larger goal.)

5. Identify stakeholders in your space.

Determine their reach. But, more importantly, understand how your film can help them! Convey this to them. It needs to be a win/win relationship.

6. Don’t overstate what impact can you make to funders and stakeholders.

What can you do and measure realistically?

It is a conventional wisdom to go after stakeholders that have the greatest reach. Makes sense, but perhaps consider trying a specific goal or action plan with that stakeholder. If the relationship works, great, but if not, consider pivoting to another, perhaps smaller, stakeholder.

Try one tactic or goal first and see how that is working. If it isn’t working, pivot to another.

Because of the political earthquake last week, it will be nearly impossible to effect legislative change on the national level in the United States for the next few years. Think locally. The U.S. Council on Mayors is a much more liberal group and one where you can meet politicians who are excited about change and want to engage in programs for their communities.

10. Adapt to the changing media landscape.

Funding for outreach had been difficult to come by before last Tuesday – and probably now will be more difficult to obtain. However, there are people of means who support social causes. But will that money now go into grassroots community building or into media? How might those two work hand in hand? Are feature films the best platform for impact, or are there other forms of media (shorter/serialized) that might have more success?