An Experiment in Biohacking: Director Kate McLean on the SXSW Short, Gut Hack 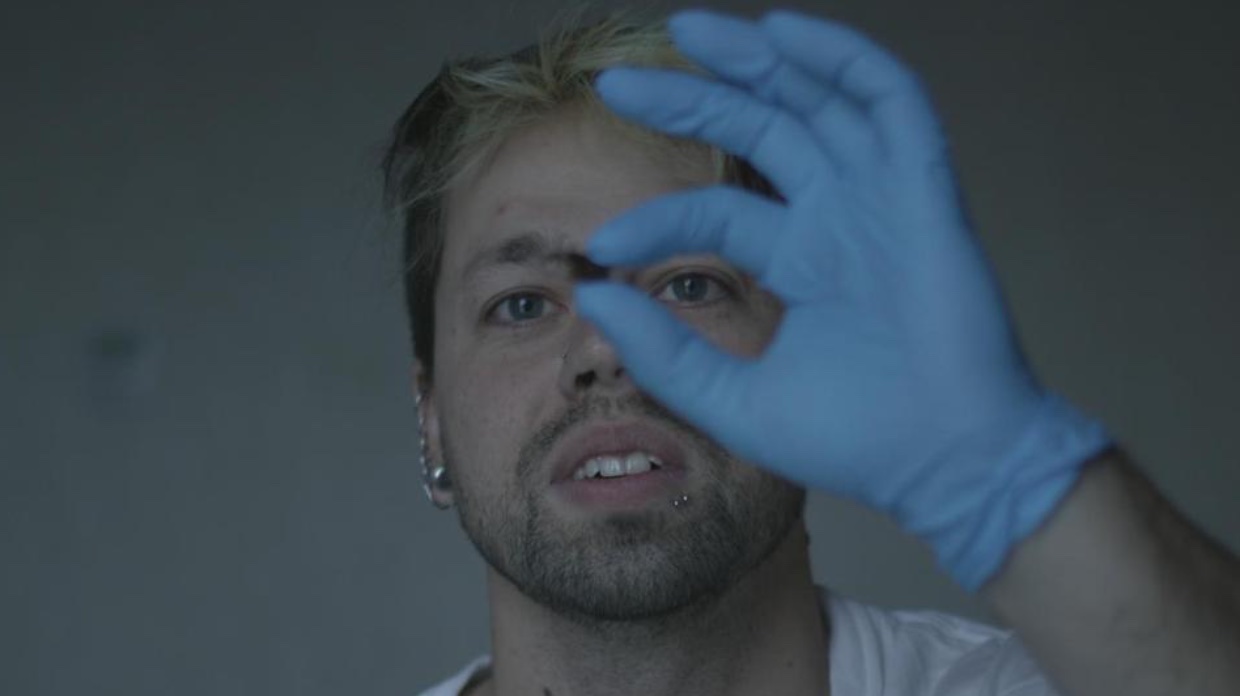 Last year, a friend asked me to come to an event about synthetic biology. I’m a documentary filmmaker, and I suspected the evening was going to be a bit over my head, but she was speaking and I wanted to show support. When I arrived, the speakers were a mix of academics, industry types, enthusiasts and scientists. I began to prepare myself in for a night of polite nodding and drinking as a man from a biotech company took the microphone to present some kind of recruitment talk about his company. Then, back near the bar, someone started to boo the speaker. The guy had a mohawk, a bunch of piercings and a pint of beer. “Biohack the planet,” he shouted. I knew immediately that I wanted to talk to him.

The guy was Josiah Zayner, a scientist who was then working at NASA, doing experiments on bacteria to make it more useful for space travel. That night, over several beers, he told me he was about to leave NASA to start a company in his apartment. He was doing it because he wanted to experiment freely, without the constraints of academia, which he appeared to revile. He called himself a biohacker.

Josiah and I talked a lot about bacteria that night. For years I have been obsessed with the unique ecosystems of bacteria that live on and in humans, which are called the human microbiome. Scientists are just starting to understand the role that microbial communities might play in our digestion, obesity, skin health, and more. It’s a deep and strange subject that I think reorients the sense of self in an interesting way. Think about it. Your experience of the world is not just the product of you as an individual. It’s also the product of your unique collection of microorganisms.

Anyway, in the middle of this trippy conversation, talk turned to an experiment Josiah was contemplating. Would it be possible to completely eradicate the ecosystem of bacteria living in and on his body and replace it with someone else’s? Josiah had long suffered from digestive issues and wondered if this might provide relief. Also, he was curious what would happen. His plan was to check himself into a hotel and DIY the whole thing. He would take antibiotics to kill as much of his original microbiome as possible. Then he would use bacterial samples from a donor (including saliva, skin cultures and feces) to recolonize his body with the new ecosystem of microorganisms. I asked, “Can I film this?” To my surprise, Josiah said yes.

As the experiment approached, I began to worry about Josiah’s safety. Taking large amounts of antibiotics puts people at risk of dangerous infections such as Clostridium difficile. I also learned that if Josiah ingested poop that had not been screened for pathogens, he could potentially get a serious illness. Josiah and I had a conversation about what warning signs I should look for if he became ill, so that we could stop filming and get him to the hospital. I wondered if my presence as a filmmaker was encouraging him to take risks that he would not otherwise. We talked about it, and he told me he would do the experiment with or without me there.

With a little trepidation, I decided to go forward with the filming. I brought in my film partner, Mario Furloni, to shoot and co-direct. We recruited our collaborator Laura Heberton to produce the film, and convinced our talented friend Sara Newens to edit our footage in to a movie. With our team in place, Mario and I then spent a surreal week with Josiah and a mason jar of human shit.

Spoiler: Josiah didn’t die. In fact, he’s fine, and just about a year after he concluded his experiment, our short film Gut Hack is premiering at SXSW. The move is our attempt to share Josiah’s grueling and grotesque ordeal and communicate how it felt to behold this weird period of his life: alternately full of wonder, disgust, anxiety, excitement, exhaustion and awe. At the end of the day, I hope the audience is entertained, intellectually engaged and horrified in equal measure.

And I hope they won’t try anything like this at home.

Kate McLean and Mario Furloni, primarily doc filmmakers, are working on their first narrative dramatic feature, Freeland, for which they have received much support from the San Francisco Film Society and the Kenneth Rainin Foundation. Kate also is a doc producer and Mario a cinematographer. Their first collaboration was the short doc Pot Country, on which Freeland is based, in part. Among other projects they have worked on is the documentary about Bill Nye (“the Science Guy”), also premiering at SXSW this weekend, by the directing team of Jason Sussberg and David Alvarado.