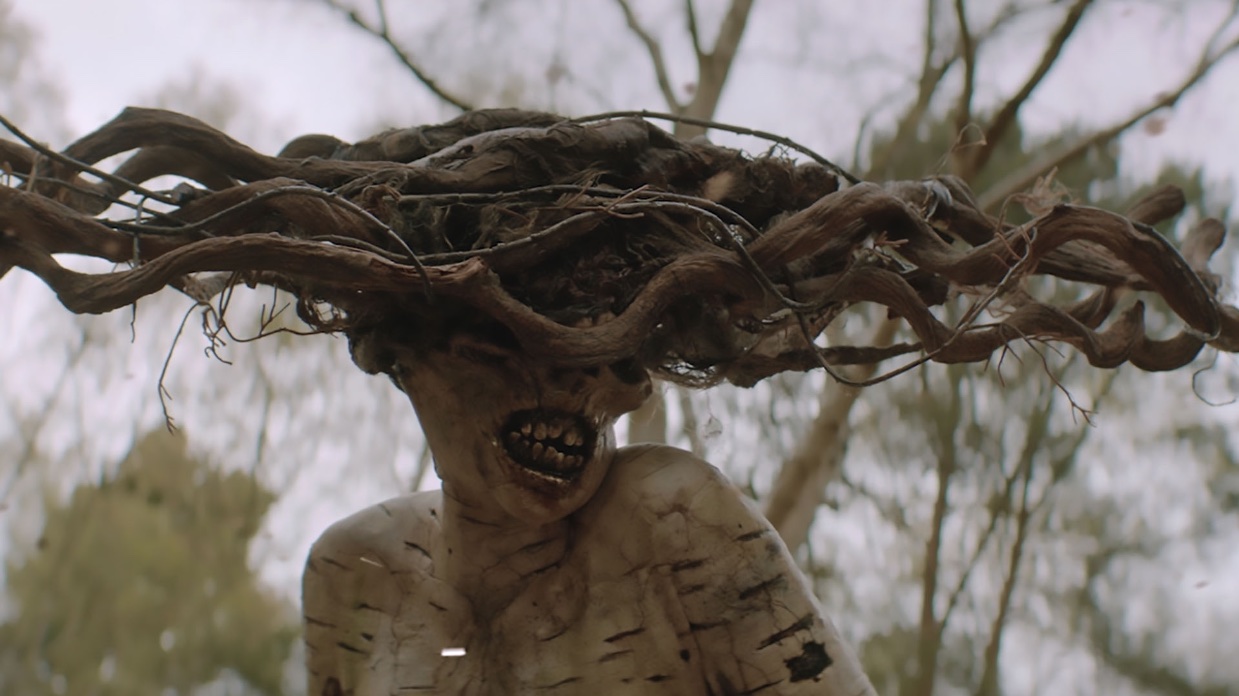 by Meredith Alloway
in Distribution, Filmmaking, Financing, Production
on May 2, 2017

“What we’re doing is building our own Marvel universe and ecosystem of characters”: Eli Roth on Horror & CryptTV at Tribeca

Raise your hand if you’re trying to get a horror film made. I thought so. That’s a lot of us — myself included. It’s been a fantastic year for the genre, too, with Get Out breaking a number of records and becoming the third highest-grossing R-rated horror film of all time — and that’s behind The Exorcist and Hannibal. I was too terrified to finish either, and I saw Get Out twice (and alone) so it wins in my book. Female horror filmmakers are kicking ass, too. I loved this Rolling Stone article almost as much as I loved Raw.

With horror hotter than ever, what are the avenues for new filmmakers to actually get their ideas made? Not everyone has access to Jason Blum or two million bucks. On Tuesday at the Tribeca Film festival and as part of the NOW (New Online Work) program, Eli Roth (Hostel, Cabin Fever) led an informative panel presented with Crypt TV after showcasing seven original horror shorts. The conversation was with Crypt founders Roth and Jack Davis, Chief Content Officer Kate Krantz, filmmakers Gabriel Younes (Sunny Family Cult), Anthony Melton and Ben Franklin (The Birch).

I was eager to not only check out the shorts, some of which were uber-brief — like 2-3 minutes — and others a bit meatier, like the stunning The Birch, and hear what they thought about the digital horror world. My worry: how do we preserve the cinematic nature of genre films and the quality of story when everyone is watching them on their phones? After laughing through most of the shorts, in a good way, and being impressed with the SFX in The Birch, with Davis claiming, “There are multiple Birch tattoos out there” in their fanbase, I was ready to hear about how these films were getting made and why.

Here are some insights and highlights from the panel on the modern horror landscape, Crypt TV’s place in it, and the future of the digital scare. If you’re already a working filmmaker in the genre, or one trying to break in, Davis advises, “These are the adjectives we look for in our filmmakers: people who think weirder and bloodier.”

“Let’s see if we can scare someone in a short time.” – Roth

Roth and Davis originally talked about launching a horror app. They were influenced by sites like Vice and Awesomeness who were taking over the “way we were watching news,” said Roth. He realized there was no one really doing that for the horror audience. They then started a contest through Vine called 6 Second Scare and got an impressive number of views. “I wanted to be part of something, and that was the company that I wished had existed when I was 22 and out of film school” explained Roth. Indeed, Crypt TV’s beginnings opened up the potential for collaboration to any filmmaker with a good idea and a social media account. Roth admitted that he likes supporting other filmmakers — he even hired Damien Chazelle to write a draft of The Last Exorcism Part II, which Chazelle then used to help fund Whiplash. “I really get a thrill out of helping my friends out, people I like, and now it feels like I can do that times a thousand.” The phone has “given everyone a level playing field,” said Roth.

“We’re leaning on filmmakers to come with a mythology, with rules that are already there, so we can give the brush strokes and our audience can fill it in.”- Krantz

Crypt TV makes online content in the hopes of expanding it into in-depth series or features on either their platform or another larger one. Some of the shorts screened at Tribeca were fun, cheap thrills and didn’t seem to be a part of a bigger concept. But others, like The Birch and The Thing in the Apartment, could absolutely be expanded. The team was adamant about keeping the films cinematic and keeping quality up so as to preserve their viability for big-screen adaptation. The talent behind The Birch started with its fantastic SFX lead and producer Cliff Wallace (Fury, Assassin’s Creed), who had the kernel for the idea. He raised the bar for filmmakers Franklin and Melton. At only four minutes, The Birch has over 14 million views on CryptTV. Indeed, the short boasts an evident mythology as well as the heavier themes of bullying, maternal drama and mysticism.

Sunny Family Cult also had an impressive storyline, visual effects and cinematic language. Younes was influenced by Kubrick, various photography and says he wanted to push the boundaries of the “teenagers making out” scene, incorporating murder, cults and all the “things that are ingrained in the American experience.” “These are the adjectives we look for in our filmmakers: people who think weirder and bloodier,” Davis added.

“What we’re doing is building our own Marvel universe and ecosystem of characters.” – Roth

This was perhaps the most exciting sentence anyone uttered the whole evening. A Marvel universe of horror characters? What more could a genre nerd want?! Roth spoke of a cross-pollination of characters deemed popular in the shorts. “I would advise all filmmakers to treat their short like true intellectual property,” he said. There’s the common notion that no one can make money on a short film, but Roth’s concept could prove otherwise. “We’re cultivating and developing relationships with new young filmmakers who have such diverse perspectives and social issues that they care about,” added Krantz. It’s not just about creating the next big Monster, the Thor of the horror realm if you will, but also adding a perspective to them. Krantz attributes the success of The Birch to its complex characters and subject matters. “This is a character with a moral compass in the world of horror.”

“The best horror is personal.” – Roth

Roth described a covetable invitation — one to a masters of horror dinner that Mick Garris (Hocus Pocus) puts on. “What scares David Cronenberg was so different from what scares Wes Craven, or Tobe Hooper or John Carpenter. Scary is very, very personal,” Roth said. He admitted to the fact that even when he thinks he makes a different movie, they’re always the same: young, college kids who get into bad situations. It’s clearly something that scares him on a personal level — the best films always are.

One could counter this notion with the fact that all of the aforementioned “masters” are white males — are we as audiences missing out on the things that scare filmmakers that don’t often have the chance to showcase their perspective? Yes. “We’re very conscious,” says Roth about making sure that women and diverse filmmakers are included in the Crypt TV content slate. Krantz agrees, “We have, shooting on the 29th, the first completely female in-front-of-and-behind-the-camera short, which I’m super excited about.” This ignited an uproar of applause from the crowd. She emphasizes that the inclusion of diverse voices is about cultivating habits in Crypt TV, those that welcome new stories and filmmakers.

“The most important thing is to understand your platform.” – Krantz

This is the key to making a short and having it prove effective. Premiering a short on Crypt TV doesn’t mean people are going out on a Saturday night to sit in a dark theater and get their socks knocked off. They can be watching it on the train, in a meeting with the sound off or in a public place that doesn’t help with the atmosphere in the same way a dark theater does. It’s about constructing a film around the way it might be viewed, while still maintaining the cinematic integrity and story. “All we’re looking for is a fantastic idea and an open mind for collaboration and to understand that the parameters we set forth are to propel it to a level of success,” explains Krantz. The best part of the horror community is that it’s intimate, and Krantz always tells Crypt’s filmmakers that they “want them to be working with family,” and that when something is successful on the platform they aim to grow the story from there. Davis adds, quelling my worries about the disposal of good story on a digital, short form platform, “It’s the power of the story that will really make the difference.”

“Data” can be a nasty word for artists. It seems far from anything having to do with the creative realm, and Roth recognizes this, but encourages otherwise. Using all of the social platforms, “You can grow the universe and use the technology to build a fan base,” said Roth. Davis adds that this data helps inform Crypt TV’s decisions about future project to produce and to know who’s responding to what content. Davis discusses their original character Giggles the Clown and how it became a social sensation. “We saw an incredible amount of Giggles fans were in Texas,” and after making a poll asking where they should send her next, San Antonio won. People were waiting on the Riverwalk, with, as Davis adds, “parents commenting that they took their kid out of school to meet Giggles.”

But more than generating an audience fan base, this data means filmmakers have a shot at using their content as a viable launching pad. “Now we can go to partners or distributors with the data,” explains Roth. Crypt TV’s largest audience is 18-24 year old females — a statistic that might seem surprising without the stats to back it up. (Hey, it’s not surprising to me!)

“The people that make it are the hustlers.”- Roth

Roth discussed that after finishing NYU Tisch film school, out of the 700 kids that graduated alongside him, there’s only a small number actually directing in film. Getting a movie made is difficult, but Roth is all for the scrappy, go-getter approach. “Creative people love to create,” he encouraged, adding that people will do it for free or for very little money, if you inspire them. (I could argue this but that’s a piece for another time). “You can go to a camera house and go, ‘I have this project. When are you not using that camera? You will make a customer for life.’” “Have a positive spirit, don’t take no for an answer and be a good problem solver,” he adds. For Crypt TV, Davis agrees that once you fight to get the film actually made, “The hustle for distribution is a lot easier.” After only two years, Crypt TV is indeed expanding with opportunities for filmmakers and for getting work out there. They’ve had a number of partners come onboard, including Jason Blum. You might have heard of a little film he produced last year — Get Out.