After Letting Go: How Walking Away from My First Film Led to Distribution and then Development on my Next 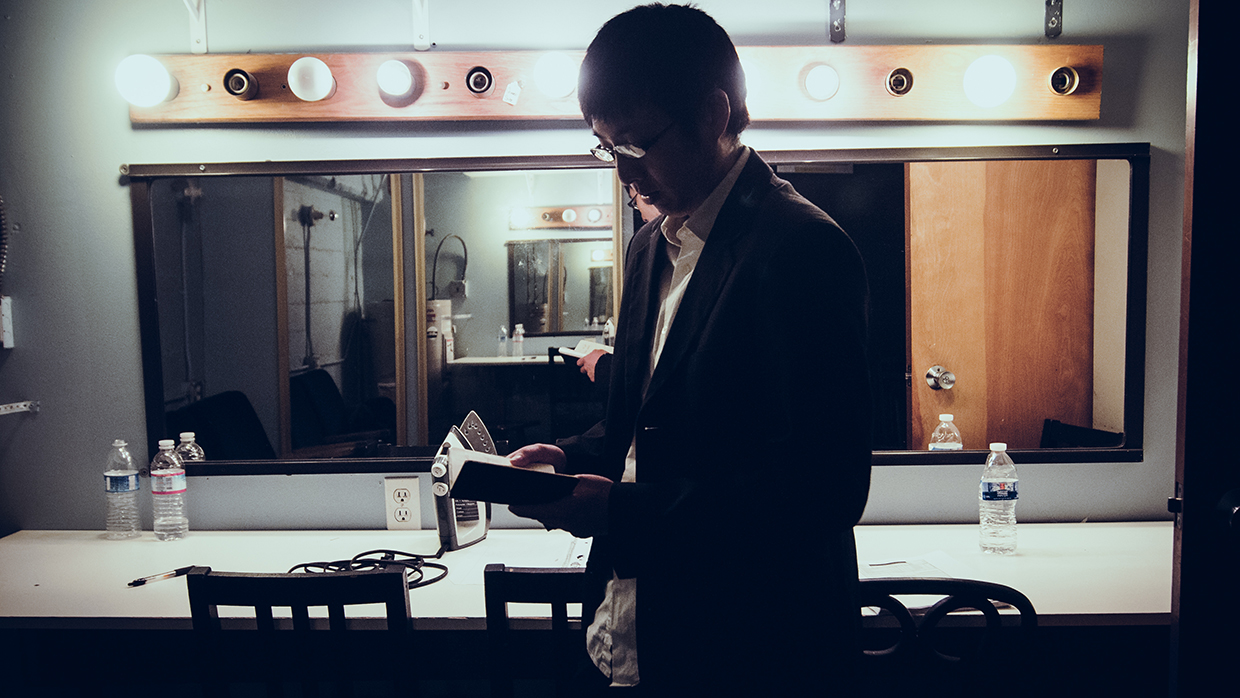 Edwin Li in The Purple Onion

by Matt Szymanowski
in Distribution, Filmmaking
on May 19, 2017

Last November I wrote a piece for Filmmaker about walking away from my debut film. “Just Let Go Already! 12 Takeaways After Making the Microbudget Feature, The Purple Onion” chronicles the five-year process of making my first feature film and sums up whatever wisdom I can impart to anyone making a film. Filmmaking can be likened to many things. It’s rewarding on so many levels. And yet the truth is that what began as a labor of love was becoming a growing burden with no end in sight. Now I’m here to prove why you should keep going anyway.

After a dozen festival screenings, one award and some press, nothing seemed to be progressing to that next level. Yes, it’s good to screen at festivals. Yes, press is better than no press. And yes, the award was an honor, no doubt. Yet none of these things were translating into that next thing, whatever that was. Secretly, we all wish for access to a magical place where eager distributors, agents, managers, investors and producers all conspire to help us succeed. The reality is that it takes lots of work. Talent helps, too. And then there’s luck. After five years, my film was stuck in limbo without any breakthroughs, and I was exhausted. Respected colleagues and loyal fans convinced me the film is good, and I knew it was at least as good as others out there. And still, something just wasn’t working. Spinning my wheels in place, I had no more money, time or energy to invest in more festival submissions and promotion. So after a year and a half on the festival circuit, without another strategy, finally, I let go.

It’s good to define what success is for you as a filmmaker. Still, know that the chances of finding success are against you, so you should be flexible. Perhaps you want to complete a film, find a few people to connect with your story, get distribution or express a notion best expressed with cinema. Whatever your goals, they need to be clear. I wanted all those things. And yet by the end of this process I had to come to terms with reality. I made a film, showed some people, and that’s it. The whole process itself was really the greatest goal. As a result of this realization we stopped stressing about distribution and promotion. We set out to make a film, and we did it. The couple hundred people who saw it, were moved by it — they got it. That’s what mattered. That’s it. We did it. And that’s when your initial goals as a filmmaker are suddenly reemphasized, reaffirming why you got into filmmaking to begin with. You want to move people with stories, with cinema; you want to create worlds where people can escape to. That’s it. And we did that. And in the end, walking away wasn’t defeat. Walking away was victory.

After I posted the article and film, a strange thing happened. A distributor contacted me. The article and film resonated with him. He got it. We had a chat and he came on board to distribute. Andre Gaines of Cinemation agreed to release The Purple Onion digitally so that it would be available on all major VOD platforms worldwide, and he’d secure press coverage for the release. He was honest to say that it was unlikely we were going to make money even in spite of the tiny budget, but that didn’t matter. The Purple Onion got distribution. It was going to be available everywhere online. And if the audience response was good, Andre agreed to do a limited theatrical release, which is how he works with films he’s distributed. In the eyes of many, having my debut film distributed signified that I was a legitimate filmmaker. This was paramount in preparing for my next film.

After getting a distributor the breakthrough suddenly wasn’t in the distribution itself, the breakthrough was in simplifying the path to getting my next project off the ground. I got this far with lots of determination and resilience, and now the next one needed that same drive but also had to be approached more carefully, prepared more meticulously. Then Andre asked if I had the next script ready.

Andre’s credits are mostly as producer and not as distributor. He produced Spike Lee’s Da Sweet Blood of Jesus and is producing two projects this year — one is a remake of the ’70s cult film Fear is the Key, and the other is the TV series Black Samurai based on the ’70s book series, with Common set to star and RZA of Wu-Tang Clan as executive producer. And, to boot, Andre’s distributed a few international art house titles, which all premiered at TIFF. And now, out of nowhere, this guy is distributing my first feature? A movie made with no budget, no big festival premiere, and with a cast you’ve never heard of? And on top of that, he’s asking about my next project? It was all so surreal.

I pitched Andre the concept for my next film and showed him a mood board and treatment. And again, he got it, and he came onboard as EP. This story comes from a very different place than the first. Loosely inspired by my own experiences, it’s more personal yet also includes genre elements. When these experiences involve psychopathic personalities, the recipe suggests something tasty. Here’s the pitch: What begins as a modern-day love story quickly turns into a psychothriller about a duplicitous psychopath wreaking unthinkable deception on her unassuming partner. The next steps seem simple enough. Andre says I need to write an amazing script that will attract serious talent. With name talent attached everything else will fall into place. Easy, right?

I had to clear my plate to focus on writing. I booked a ticket for Europe where I would make time for this. Having studied cinema in Poland, where I’m writing this now, with family and friends here, it’s my second home. Here I’m able to reset and refocus on what’s next. With a VOD release set for The Purple Onion, Andre and I prepared all the deliverables. I buckled down on a ton of client work, which pays the bills, and then a few months later I was off to Poland for a five-week writing retreat. Two more weeks to go and the script is slowly coming together. Then another surprise presented itself. After chatting with friends and colleagues the idea of making an international coproduction came up. We’re now looking into the possibilities. Things are progressing. No pressure. None at all.

The law of attraction I mentioned in the last article, that moment when you decide to embark on a project with full gusto, is a mysterious thing. When you take that leap into the unknown, helpful people begin appearing, positive coincidences become frequent, the world aligns with your efforts. That’s when you observe a shift. What you initially thought were your goals for your debut film, now reveal themselves as only small steps in a greater process leading you to this next film. And eventually this too may prove just another step before the next thing presents itself, whatever that is.

The Purple Onion will be available on May 19th on iTunes (soon after on Amazon, and Google Play, and VUDU). Order it now.