In the Realm of the Possible: Hal Hartley on Restoring His Early Films and Working in Television 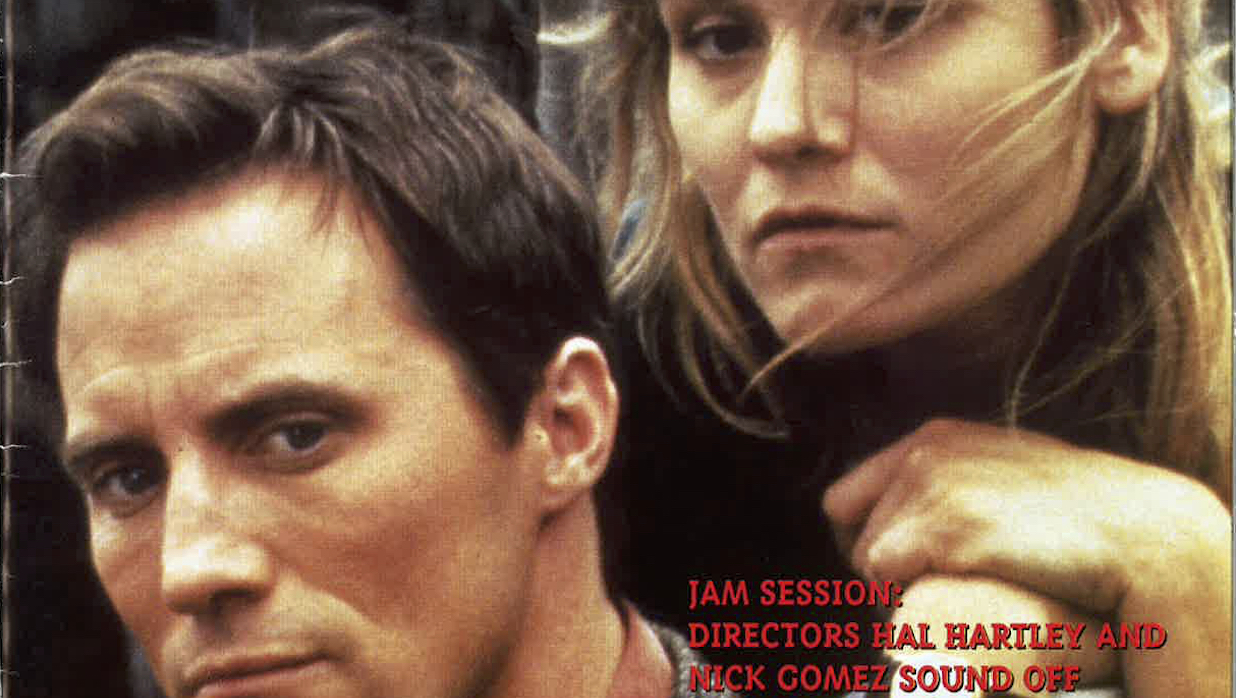 I interviewed Hal Hartley for Filmmaker‘s 25th anniversary issue this past Fall and am posting this piece online today as Hartley is in the final days of a Kickstarter to fund the release of the very films discussed here. If you’re a fan of this paradigmatic indie director please consider supporting! — SM

I catch Hal Hartley — whose third feature, Simple Men, was Filmmaker’s very first cover back in 1992 — as he’s spending the day creating bonus features for new DVD and Blu-ray box sets of the three films in his “Henry Fool Trilogy.” As international distribution licenses expire and the rights to his titles revert back to Hartley, the director’s company, Possible Films, is subtitling them and releasing them internationally — both digitally, through Cinedigm and Hartley’s own website, and in these deluxe home video editions. “Sales agents aren’t really that valuable to me now,” says Hartley, “and the labor of [distribution] has become a lot less expensive. We can manufacture these disks ourselves and finance them through crowdfunding, which is also a very effective marketing tool.” Hartley employs one full-time assistant and says the distribution arm of Possible is a self-sustaining one. “I could be more aggressive in marketing if I had more people,” he says, “but that’s not how I’m planning to support myself in the future. I’m putting most of my energy into episodic.”

Hartley, whose last feature was the 2014 Fool film Ned Rifle, has been directing episodes of the Amazon series Red Oaks, cocreated by Greg Jacobs, who worked for Hartley on Simple Men and Amateur as a first assistant director. “They needed someone at the last minute to do one episode for the first season, and they called me in. It was a great experience, and then they had me do half the second season and two episodes in the third.”

Was it tough for this independent auteur to segue into TV? “It was not much of an adjustment,” says Hartley. “This is the kind of comic melodrama I was writing in the ’80s and early ’90s.”

During those years, Hartley was something of a paradigmatic independent, one whose name guaranteed foreign sales and coproduction. That support diminished alongside structural changes in the foreign markets, but Hartley is sanguine about it all. “Sometimes, I just think the whole history of our business is about film following technology. Now, it seems to me that people like watching shows on mobile devices and are appreciating shorter things. And personally, at this stage of my career, I’m excited. Anyone who has been making movies this long wants to tell longer stories. And I learned something directing Red Oaks, which is that audiences like to simply spend time with characters rather than plot. In features, we are always thinking about plotting — how the 90 minutes can remain compelling. But TV doesn’t have to be so plot heavy.”

So, as Possible continues to rerelease Hartley’s film work — hopefully, one feature a year — Hartley is pushing forward in TV and is developing his own original series with Amazon. “It’s called Our Lady of the Highway, and it’s about Catholic nuns in deepest, darkest Brooklyn who make craft beer to support their social activism.”