“Advocating For the Civil Rights of Women”: Editor Kate Hackett on Half the Picture 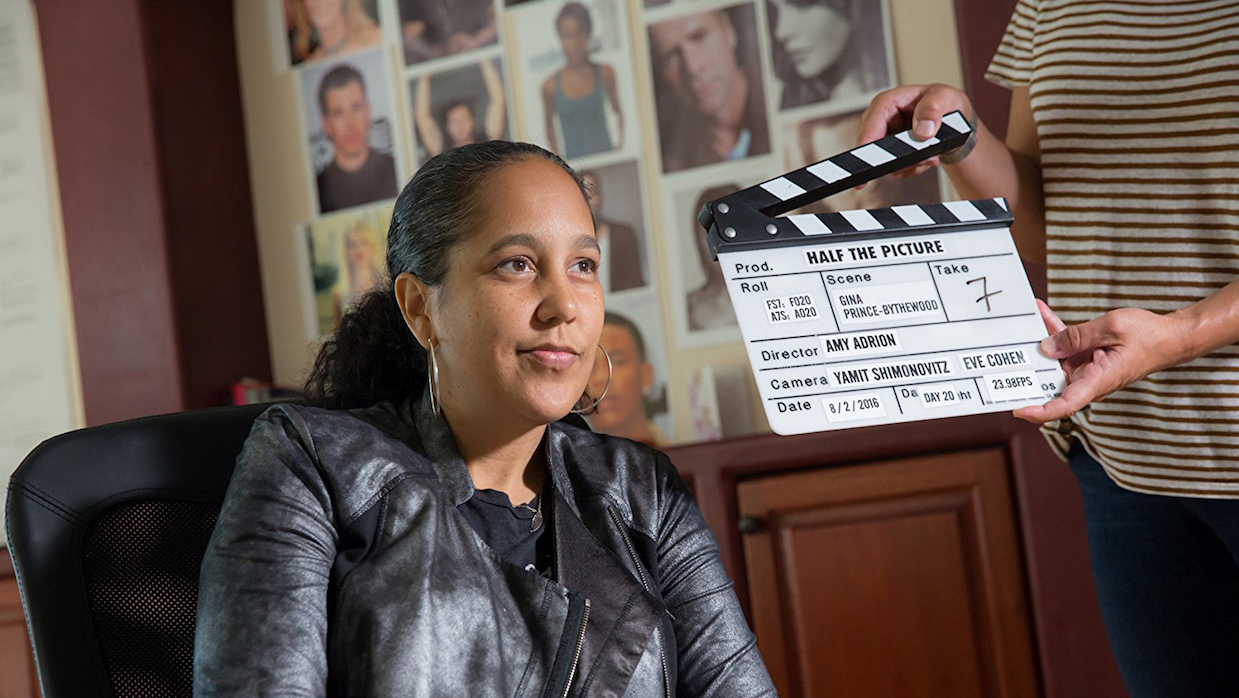 The title of Amy Adrion’s Half the Picture should be taken semi-literally: if women are half the population but severely underrepresented behind the camera, what’s being lost? Her documentary interviews a number of female directors (including Gina Prince-Blythewood, Catherine Hardwicke and Penelope Spheeris) on their experiences, good and bad, while (not) making movies. Editor Kate Hackett explained her work on the film and why she found it inspiring prior to the film’s premiere.

Hackett: I met Amy at UCLA, where we were both MFA film students, and where I greatly admired her work as a narrative short film director. I think Amy and I knew from our film school experience that we shared a deep interest in building characters and dramatic story arcs, which are skills that definitely translate to documentary, especially in a film like this where you are crafting a narrative out of the personal stories of multiple subjects. When she approached me about Half The Picture I was immediately interested.

Hackett: Half The Picture is an exercise in communal storytelling, from a group of dynamic minds (both directors and other experts in the film world) who have experiences and opinions that are completely unique, but also share many common threads. The constant goal in shaping the film was to shape the interviews so that our subjects felt like they were telling a common story, while still honoring the individuality of their respective careers. Also, because these are very personal interviews with professional women discussing their careers, we felt an obligation to the subjects to present their words and ideas truthfully and thoughtfully.

Filmmaker; How did you achieve these goals? What types of editing techniques, or processes, or feedback screenings allowed this work to occur?

Hackett: Amy and I consistently made time to try to step back from the cut and take a wider view of the overarching emotional and narrative flow of the film. We did have several feedback screenings, which were incredibly helpful in getting fresh eyes to identify the areas that needed work.

Hackett: I studied editing at UCLA Graduate Film School, where I was mentored by editors Nancy Richardson and Curtiss Clayton. Both of these editors have a background in iconic independent drama (among many other classic films, Nancy edited Thirteen and Stand and Deliver, and Curtiss edited Drugstore Cowboy and The Assassination of Jesse James by the Coward Robert Ford.) Both of these editors inspired me to try my hand as an editor in the independent film arena, and taught me a love of editing as an art form, which has remained with me to this day.

Hackett: We used Adobe Premiere for Half The Picture, primarily because Amy and I both like the user-friendly organization and labeling system, which of course becomes incredibly necessary on a documentary with a great deal of footage to manage.

Hackett: Amy and I recut the first five minutes of the film many times. We felt that it was important to set up what kind of film this would be, in the sense that it is a series of intimate, casual conversations with the filmmakers and film professionals involved, often taking place in their own living rooms. We wanted to prepare the audience for a film that is anecdotal in the best way, meaning that it allows the audience to draw their own conclusions from a series of personal stories. We also wanted to make sure that the beginning of the film introduced the idea of why this issue matters on a more national or global scale. Amy was clear that her film isn’t just about women filmmakers getting jobs; it’s about advocating for the civil rights of women, who cannot be said to be fully represented in our culture if we are not allowed amongst the ranks of the storytellers who form our national narrative.

Hackett: As a woman in film myself, I’ve found that the film has taken on an emotional power in my life. I find myself referring back to the stories that the subjects in our film tell as sources of personal inspiration and encouragement. My hope is that other filmmakers, male and female alike, will also benefit from these stories of resilience, creative collaboration and directorial vision, that film lovers will delight in being exposed to fantastic films by female directors they may not have seen, and that women workers in all walks of life will find some balm for the struggles they face in the workplace.