I Just Finished Directing My First Feature Film, Why Do I Feel Like I Have Post-Partum Depression? 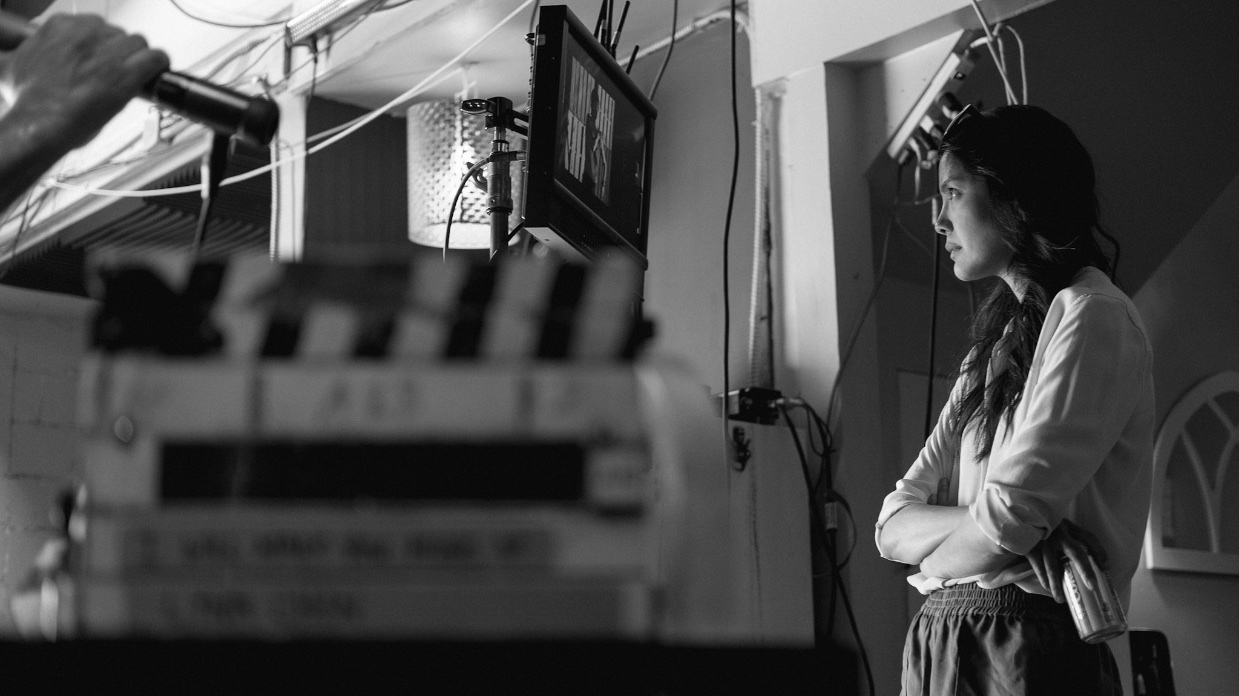 by Lynn Chen
in Directing, Filmmaking, Production
on Sep 18, 2018

I Will Make You Mine, Kickstarter, Lynn Chen

Actress, activist and blogger Lynn Chen has just wrapped production on her directorial debut, I Will Make You Mine. Below, she contributes this guest essay on the common but rarely discussed post-partum blues that directors can feel after wrapping any film, but particularly their first. To learn more and donate, visit the project’s Kickstarter page. — Editor

The post-wrap blues. The first time I felt them, I was eight.

I was in a production of Maurice Ravel’s L’enfant et les sortileges, a one-act opera where a bratty kid gets sent to his room, and a bunch of inanimate objects come to life and punish him. Think Beauty and the Beast gone horribly wrong.

I played a shepherdess, and remember bonding with my fellow performers over the itchy wool dresses we had to wear. We covered our faces in pink pancake makeup, begged orchestra members for vending machine money, and whispered secrets to one another backstage. I loved rehearsals, the music, the hot lights. Pretending my little heart out in front of an audience. At the end of the night we shared a jar of cold cream and a box of Kleenex to wipe off our sweaty faces. I can’t remember if the show ran for months, or weeks, but I can still remember our last night on stage. Or rather, I remember crying my heart out afterwards because it was over, and I had to go back to real life – to third grade, learning how to write in cursive, and being picked last for kickball. During that car ride home, I blew my nose into a wad of salmon-stained Kleenex and thought, “I will never, ever feel okay again.”

Of course, I was fine. It probably took a day (in kid-time it felt like weeks). Things went back to normal, and so did my feelings.

Several decades later, I have grown accustomed to the end of a production. Sometimes a character that grabs hold of me takes a while to leave, but eventually, she always does. I have learned to incorporate some of the same coping mechanisms from my childhood – hang around friends, watch mindless TV, clean my room, and eat ice cream. Lots of ice cream.

About a year ago I started writing my first feature, I Will Make You Mine which I planned to produce, direct, and act in. This is the second sequel to the Surrogate Valentine movies I starred in by filmmaker Dave Boyle. I chose to take the same characters and tell the story, six years later, from the female perspective. I spent several months living in the heads of these women, thinking about what it means to grow older, revisit your past, and feel hope again.

Over the summer we filmed the first half of the movie, and despite the drama that comes with any film production, I felt more excited, passionate, fulfilled, alive (and any other positive adjective used to describe feelings) than I ever had before. Yes, I was truly happy. And I don’t care what all the self-help gurus say – that happiness was everything. On the last day, I was still on that high. Until a few hours after we wrapped, when it all came crashing down.

Filmmaker Maggie Kiley explains, “On set, everything is possible…in the moments you’re on set and you call action, the possibilities are endless…shooting is the highest high because you’re finally doing what you’ve been thinking of for a year. You’re riding off of so much adrenaline — you’ve gone from having so much community, and then you’re not there anymore.”

I’ve never given birth, and I’m not a mental health specialist, but this reminded me of how several friends described post-partum depression. Writer/Director Lynn Shelton assured me this is normal: “The more fun the shoot, the harder the come down. Actually, the more challenging the shoot, the harder the come down too – since you become even more bonded to the crew and cast when you’ve spent weeks slaying proverbial cinematic dragons together.”

Nostalgia and private struggle are major themes in my movie, so I’m not quite sure why I did not anticipate those feelings burning deep into my psyche. From the crafting of the script to pre-production, every decision I’ve made has been to serve translating this emotion to the big screen. I spent months listening to high school/college playlists, watching two movies per day, studying art to figure out the mood. Prepping my own role, rehearsing with the actors, figuring out backstories and intent. Talking with my production designer about what these characters read/drink/buy. Finding the locations for where they work/play — imaging their lives in these spaces (then finding out we couldn’t afford them and starting over). Every hour of every day revolved around this fantasy world, so I began to believe they were all a part of my actual life. When it was all over, it felt just like waking up from a dream.

It hasn’t been the most smooth transition back to reality but I have gotten there just by acknowledging that the post-wrap blues are indeed very normal – not only for actors, but other creatives as well. Writer Susan Orlean gave me this advice: “I think some of it comes from not having enough to do to feel productive and useful; I’m at loose ends. This is where it’s not like the post-partum of having a baby, because you’re really busy with a baby. When you finish a book/film/project you hit the ground with a thud and there’s just not a lot to do. So I try to make mini-projects so I don’t begin to fall into that existential hole of feeling useless.”

Something that helped me after my father’s death was just allowing myself to feel confused. I treated the mourning time as if I had amnesia – and not to force things to work – rather than to see everything from new eyes, and not to judge what they meant to me in the past. Even though I felt a mess, I was still liberated from the confusion. Honestly, I don’t love Post-Production Me and hope she doesn’t stick around too long, but I have found myself back in the director’s chair, next to my editor, ready to enter the next phase of filmmaking.

I still have the other half of I Will Make You Mine to film in November (we are currently raising money on our Kickstarter to fund it). All those overwhelmingly positive feelings are kicking in again as we gear up for the shoot — but this time I’m a little more prepared for the post-shoot slump. I have an entire freezer stocked with ice cream if anyone wants to join me.