What Makes a Good Production Designer? 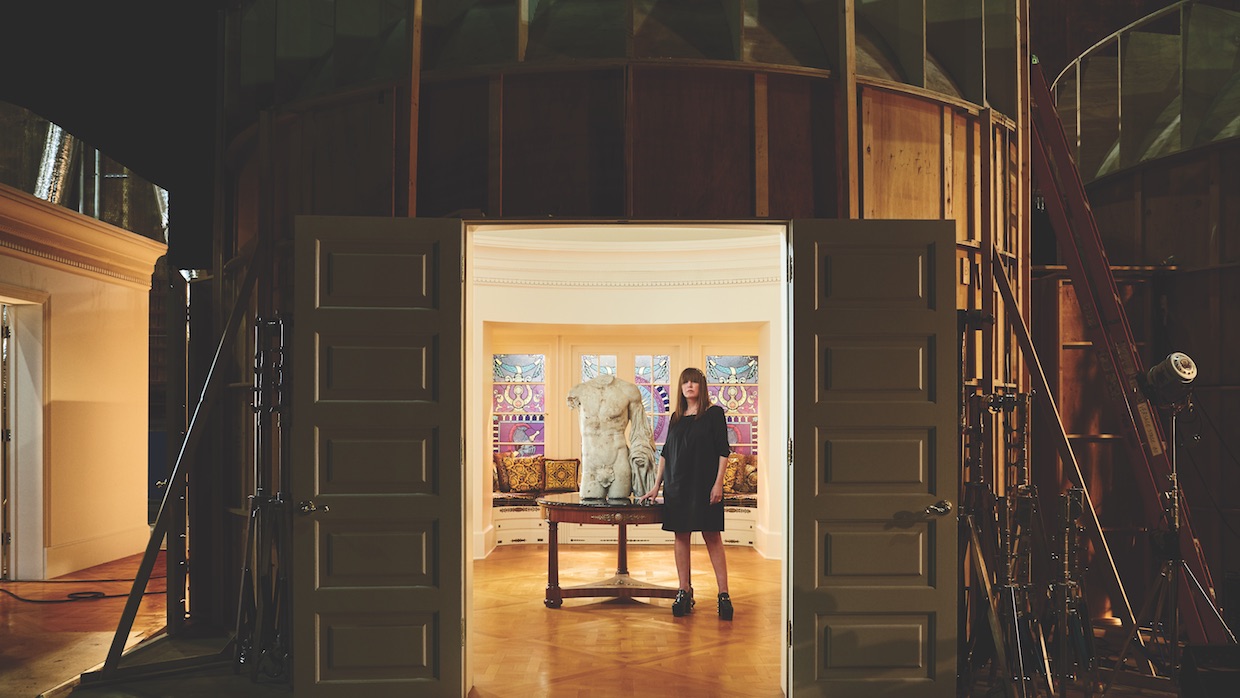 by Judy Becker
in Columns, Filmmaking, Issues, Production
on Sep 17, 2018

As a kid, the first and only thing I ever wanted to be when I grew up was an artist. I never got bored or minded being sent to my room as long as I could draw. I wasn’t the “good artist” at school—I couldn’t draw a superhero, or a realistic Snoopy. But I was often told (only by adults, so it didn’t mean much to me) that I had a great imagination. I had a pretty rich fantasy life and drew pages and pages of imaginary interiors, collections of objects and fashion wardrobes. If I had known what a production designer was I would have wanted to be one, but that had to wait a while.

Last year, I was asked to speak to a class of graduate students in production design at a well-known film school in Los Angeles. I know the instructor was looking for a traditional Q&A, perhaps looking at some clips of my work and then answering questions from the students. I told him I wanted to do something a little different—I wanted to discuss the real-world experiences and practicalities of being a production designer.

But before I began, I wanted to find out more about the students. I passed note cards around the room. I asked each student why he or she wanted to be a production designer. Most of the answers were similar, and pretty general— they wanted to create worlds, etc.—so that wasn’t too informative. Then I went around the room, asking each student to name a favorite artist, photographer or architect: Only one, and they could choose from any of those categories. I told them there was no right answer and not to overthink it.

I was surprised, to put it mildly, when almost everybody was unable to answer the question without a great deal of hesitation and thinking, and that when they did answer, the favorites were so generic as to be a litany of dorm room posters. (Monet and van Gogh were the top choices.) In the middle of the room was a woman who hesitated more than about anybody. She kept saying, “Wait, wait, wait, I think I’ve got one.” She was the other teacher of production design at the school.

I went on to ask them questions about how they thought production design works in the real world, and I wasn’t surprised to find they had little knowledge—these sorts of things aren’t often taught in film schools. I then opened up the class to a Q&A, and I’ll never forget what happened. A student who said he was actually in the directing program and another student who was his designer for his thesis film asked a question: “How do you design a set for an older, wealthy character when you have no budget?” I suggested a few things they think about, but they persisted, and the director said, “Yes, but how do you do it?” And I said, “But that’s her job, isn’t it?” pointing to his production designer. They both looked confused, and I realized that they actually expected a literal answer, the right way to design that set, a rule that would apply across the board.

I had been pondering what makes a good designer, and how to become one, for a long time. And that class was my eureka moment. Anyone could see that these students weren’t learning production design. Instead, they were learning the technical skills (drafting, etc.) needed to become professional set designers, someone who draws for the production designer. It’s a well-paid position, and their $80,000 tuition would probably be recouped quickly. But…

None of these technical skills, or in fact, anything that could be taught in a classroom, could make someone a production designer, or at least not a good one. Driving home, I realized that three things were necessary for any production designer to have: imagination, the ability to visualize and inspiration.

The first two can’t be learned. You are either born with them or you’re not. I wasn’t born with a good singing voice, so I can never hope to be a professional singer. Or even an amateur one that anyone would want to listen to. So, if you’re not born with a creative imagination or the ability to visualize imaginary places, you can’t be a production designer, or at least not a good one.

Inspiration, though, is something that everyone can have. Every creative person has their own individual sources of inspiration, but they all have them.

I was lucky. My mom was artistic and took me to a lot of museums and design stores. In fact, my first memory of going into “the city” was a trip to the Guggenheim, a great place for a kid. I grew up surrounded by art books and good design, and I remained interested in those things throughout my life. When I was 12 or so I discovered “cinema” (my very first film was The 400 Blows on Channel 13) and that became an obsession. Starting then, and continuing through my twenties, I was a serious consumer of art, photography, revival screenings, performance art and even, briefly, mime.  That was a really great and exciting time for me.

I became a production designer in a nontraditional way. I had worked my way up through practical experience on film sets, starting as a PA, working as a union set dresser for several years and sometimes as a set decorator and prop person. My first production design job fell into my lap, and I didn’t really enjoy the work or feel confident about what I was doing. Then, after taking a few years off from the film business, I came back to production design with a sudden intensity of desire and confidence in myself.

Maybe this had happened because I had spent three-and-a-half years in the field of law, a miserable experience that didn’t involve any of my lifelong interests in art, style and design. Maybe being away from film for a few years triggered a new type of creativity. Maybe after being stuck in a classroom and an office I had a new appreciation for the freedom of being a freelancer. I’ll never know. But I was confident, and with each job I learned more and became more confident and more excited about my career.

But other people were not so confident in me. The most common question was, did I have a background in architecture, or possibly stage design? At the time, most designers had studied one or the other, or both. Both those fields seemed so different to me from film design, and the questions never really made sense to me, although they did make me doubt myself. My major insecurity was that I couldn’t draw. Not a superhero or Snoopy, but a room with proper perspective.

Then something happened which ended that insecurity for me. I was at the Sundance Film Festival for the first time—I had designed three films that had been accepted, so I was feeling pretty good about myself—and I was at a party speaking to a producer who had worked with one of my favorite directors. We were talking about a production designer who was very successful at the time, and the producer said, “You know he can’t draw.” Learning that erased any insecurities I had about my lack of that skill.

(Years later, I found out this designer could, in fact, draw, but by that time it didn’t matter.)

Many aspiring production designers I meet (usually when they are interviewing for a PA position) want to move up quickly, and I think this is a mistake. And I tell them that.

I’m not saying everyone has to put in the same number of years or work in the industry like I did before becoming a designer, but I am saying you have to find out who you are, and what inspires you, before you can do the job well. (It’s also good to find out how the business of being a designer really works before the stakes are high: knowing what battles to fight, learning how to please multiple masters, figuring out that “I did the best I could” are not words anyone wants to hear.)

I am always looking for new sources of inspiration, whether it be a photographer whose work I have never seen or a city I have never visited before or, most often, the infinite sources of visual inspiration I find walking around: a ghost sign, a dirty window, a 1970s brick garden—it’s endless.

Visiting that class, I saw how clearly that work comes from within. Everything someone brings to the job—every experience they’ve had, every artwork they’ve seen, every trip they’ve taken, every movie they’ve loved—adds to the well of inspiration. I feel I was born to be a production designer. And after that class visit I realized why.

Judy Becker has worked with David O. Russell, Todd Haynes, Jonathan Dayton and Valerie Faris and many other acclaimed feature film directors. She received an Academy Award nomination for her work on American Hustle. She has also worked in television with Lena Dunham and Ryan Murphy. See also, “Judy Becker’s Instagram,” an article in which she catalogs her visual inspirations.