“We Took an Airboat to the Middle of That Truly Unique Geographic Expanse of Subtropical Wilderness”: Kim A. Snyder | Us Kids 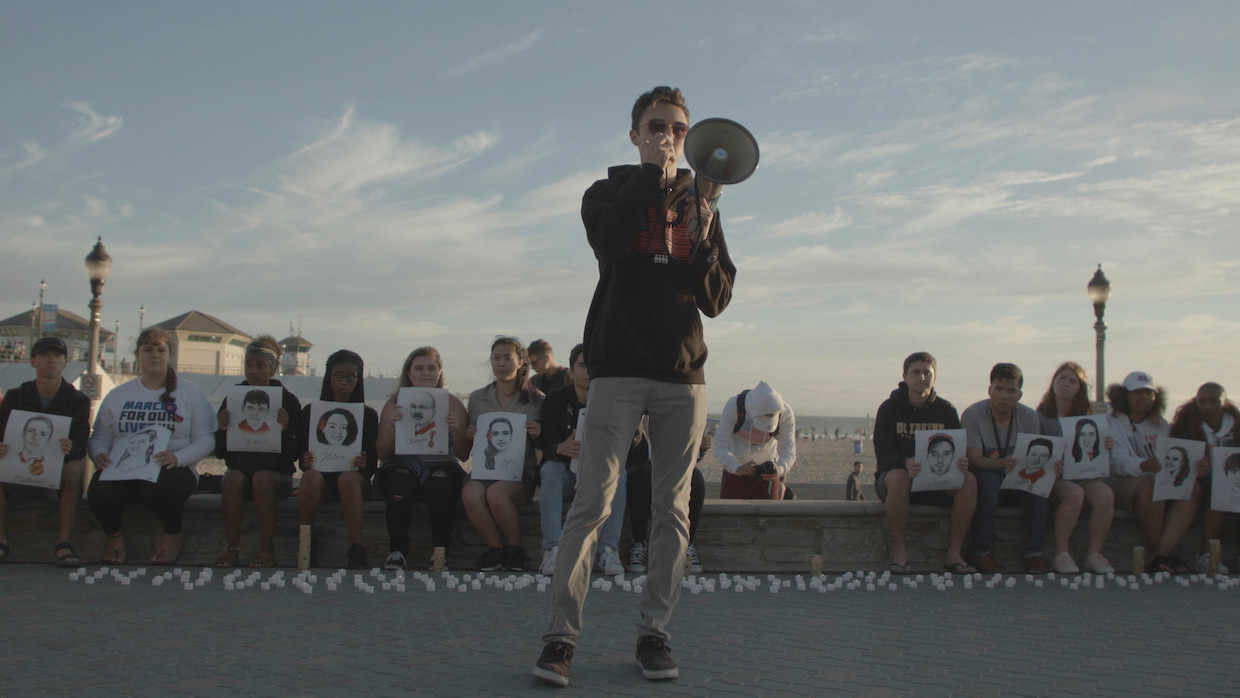 David Hogg appears in Us Kids by Kim A. Snyder (courtesy of Sundance Institute)

There is a scene towards the end of the film we shot in the Everglades, a place that Emma Gonzalez explained to me which represents a nostalgic and calming sense of security for her from childhood (the Everglades are the “backyard” of Parkland, Florida). David Hogg, after having received death threats, shared his reluctance to engage in former cherished activities like hiking in nature. So after a months-long road trip across the country to honor their friends and address the epidemic of gun violence — meeting thousands of strangers (super fans and counter protestors alike), being inundated daily by the press, and afforded little privacy, we took an airboat to the middle of that truly unique geographic expanse of subtropical wilderness.

On the boat, we played a game where Emma and Deborah, the veteran airboat commander exchanged trivia about sawgrass, mangroves and alligators; they were well matched in their impressive knowledge of the ecosystem. Emma and David were quiet, respectful of the sacred solitude, and seemed happier than I’d seen them since we’d first met. Emma recalled a “would you rather” question she got a long time ago that repeatedly plays in her mind: “Would you rather be alone for the rest of your life, never have any human contact, or never have a moment’s privacy?”

So much of the thinking that went on in my mind in telling this story had to do with my desire to weave together the experiences of internal vs external; private vs public = trauma vs action. All the kids in our film were surviving something horrific while coming of age. The sheer trauma of living through a school shooting as well as losing, and in some cases witnessing, the deaths of close friends. In the midst of PTSD, the inevitable inward spiral so individual to every human being in the midst of pain, was contrasted with the desire to reconnect, to attach to others with a sense of community, with shared feelings and common goals. For some kids, particularly those who founded the movement, their sudden celebrity was unintended and often disconcerting. They naturally long for and gravitate toward stillness and the rare opportunity just to be. This is in essence, the proverbial journey of reluctant heroes.