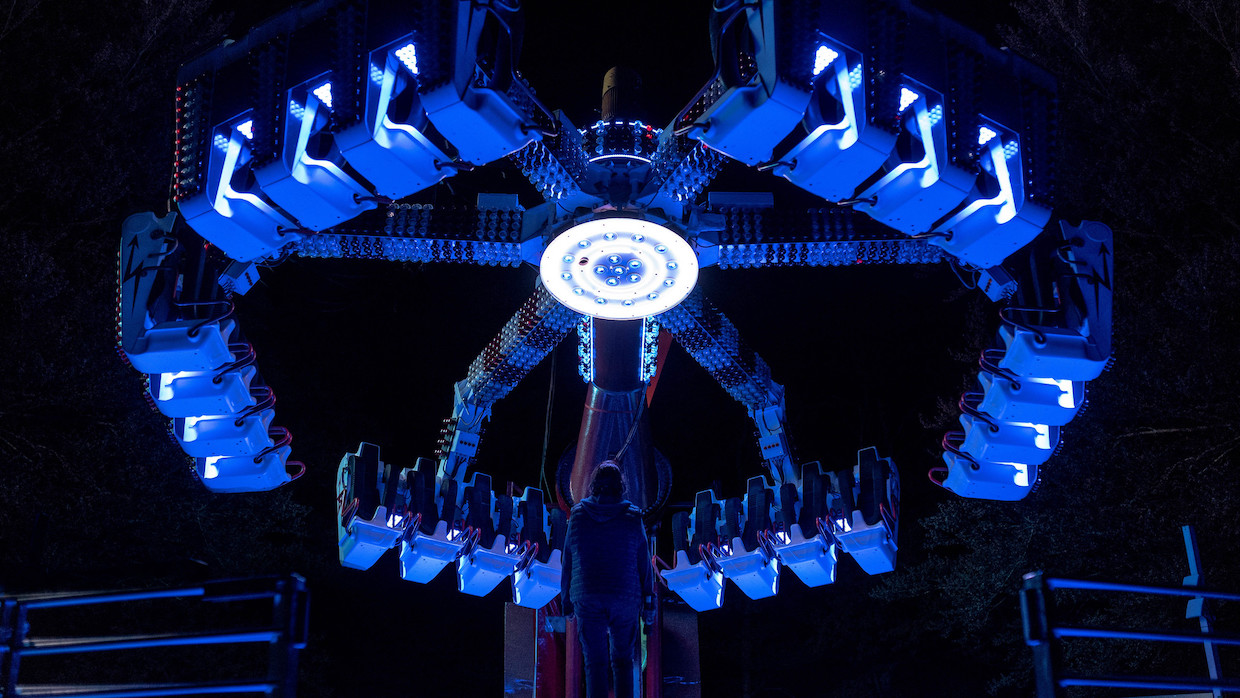 In Jumbo, objects are not just a backdrop, they are the story! From the ride miniatures that Jeanne precociously constructs in the confines of her overtly decorated room to Jumbo, the 15 ton machine that she falls in love with, objects are her entire world. Her bedroom being filled with them, they procure the protection she needs from potential outside aggressions and were chosen to feel as attractive and colorful as possible in order to match our main character’s nostalgia of her childhood years. They are the excuse that keeps her away from the adult world. But the funny thing is, if you look closely at some of the shots in her mother’s bedroom, you’ll notice that, even though she is the complete opposite of her daughter, she herself has teddy bears hidden all over her bedroom, a detail that tells you that she might actually not be so different from Jeanne. All of those little elements reminding you that our characters are living in their own invented reality were essentials in making sure the audience would believe (and therefore empathize with) Jeanne’s strange quest to love an amusement park ride.

Obviously our main challenge was to make sure Jumbo would “come alive” in the most fantastical and thrilling way whilst keeping it within the realm of some grounded reality. It was about transforming an “it” into a “him”, not about knowing whether it was pure imagination or reality. So the first thing, after having searched the world for the perfect ride, was to customize Jumbo with specific movements and light shows that, depending on the way he moved, could either feel threatening or, on the contrary, strangely reassuring, kind of like King Kong’s hand (as we liked to call it with my production designer, William Abello). But it was just as important to make sure the reality was as infused with those fantastical elements as the nights with Jumbo were. For that, we inserted tons of little objects in Jeanne’s bedroom, ones reminding you of childhood.