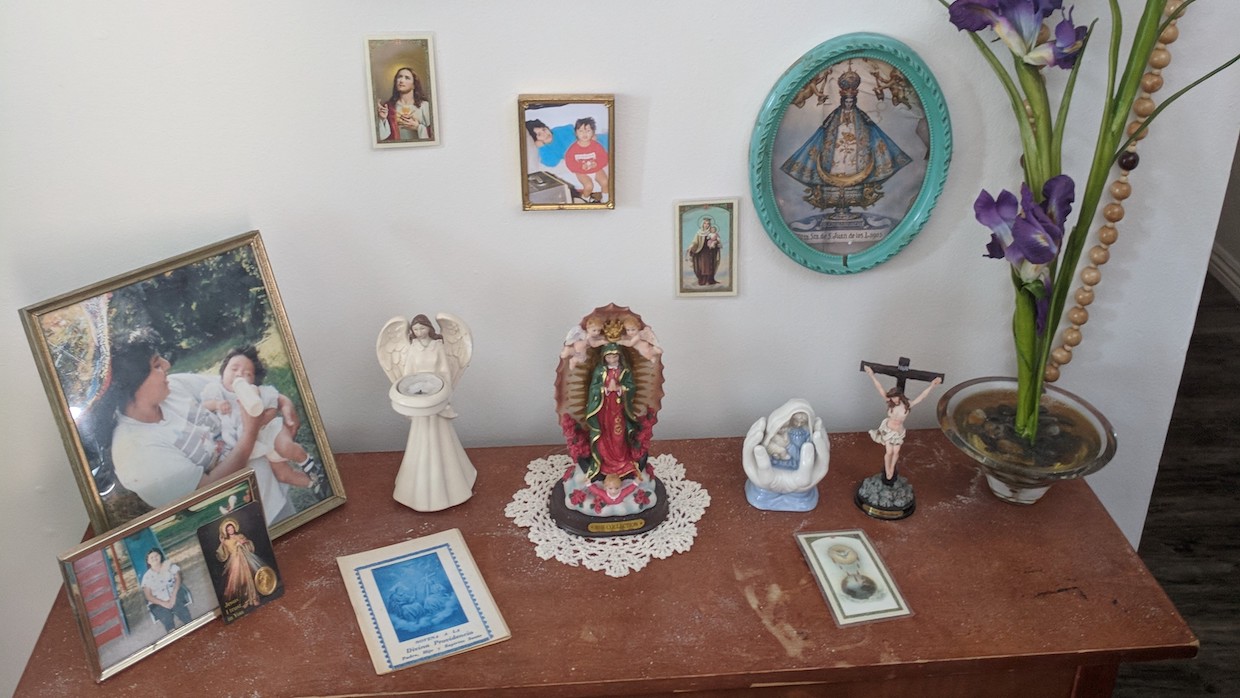 In the living room of Aleteia’s house, the curtains are soft and their pattern has a very homey feeling. Yet the way the light goes through them creates an unsettling feeling. It mirrors Aleteia’s predicament as an immigrant—she’s home, yet she’s not allowed to call it home.

We also wanted to talk about the “altar” that Aleteia has in her house, which is dedicated to her late mother.

This shrine was beautifully put together by production designer Andrea Arce Duval and the lead actress, Monica Betancourt, provided us with actual photographs from her childhood. Both Andrea and I were moved by this touching token, especially because Monica’s mother was deported and currently lives in Tijuana. All three of us, Andrea, Monica and myself, understand the personal cost of being far from family. We were heartbroken when the photographs, along with other personal possessions, were unfortunately stolen from Andrea’s car when someone broke into it in Hollywood.

I wrote some of my own personal history into Aleteia’s because my father passed away when I was young. I’ve always admired Central American traditions that maintain an altar to their loved ones in their homes. At my family home there are photographs of my father, but they are scattered around the house and the shrine serves as a powerful locus of non-forgetting—it honors the absence of a loved one by celebrating their spiritual presence.

I often visited Monica’s home while we were filming and was touched by the shrine she has to her late father in her living room. It comprises several photographs of him throughout his life and a bottle of his favorite tequila. We drank a shot to him and I believe he granted us good luck for the shoot!