“Getting Things Right Is Always an Exercise in Perseverance”: Editor Steven Moyer on La Leyenda Negra 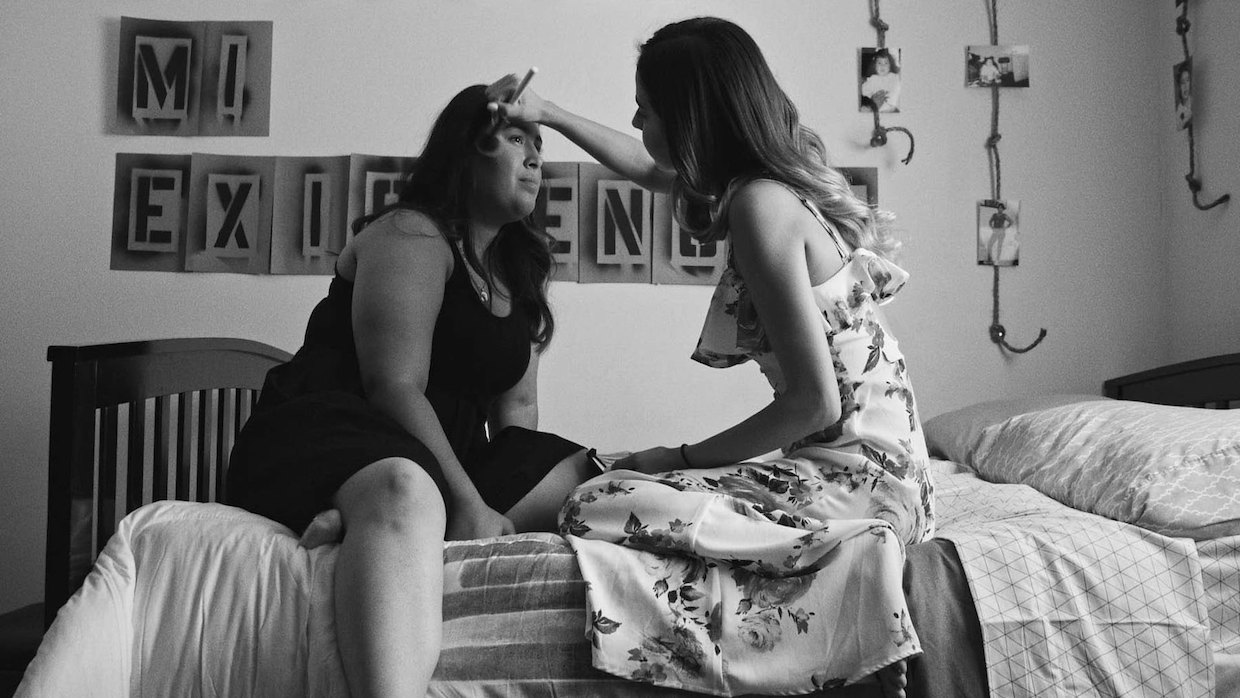 Aleteia, a teenage girl from El Salvador who has spent most of her life in the U.S., finds herself as the new girl at a high school in Compton, California. Amid the awkward feelings of being an outsider, Aleteia finds solace in underground activism, where she feels valued and heard. But suddenly, her own protected status as an immigrant comes under attack, and she unexpectedly finds comfort in a budding friendship with Rosarito, one of the most popular girls at her school. Finally feeling a sense of belonging, Aleteia takes it on herself to figure out a way to stay in Compton. Editor Steven Moyer details the documentary influences on La Leyenda Negra and the stress and excitement that come from working on one’s first feature film.

Moyer: My director, Patricia Vidal Delgado, and I were introduced through a mutual friend here in LA a few years ago now. Editors naturally need directors, and I think we were both hungry to try and move our careers forward and fortunately we got along and have become good friends since then. When it came to this particular project, it wasn’t hard to tell that she was aiming for something ambitious. It’s hard for me to pass up an opportunity like that—when the people you’re working with are talented, when their heart’s in a good place, and they’re trying their absolute hardest, it’s contagious. It’s not every day that a grad student is willing to try and push themselves through a feature film.

Moyer: Once you get through the hardship of finally having a cut to evaluate, for myself it became a lot about trying to make sure that I really do understand Patricia, trying to make sure I respect the story and what it’s conveying about the female perspective, about the communities we’re depicting, and about identity. Our primary cast were actually non-actors, and part of the reason for that was to work with people who were close to real-life counterparts to our characters. Not exactly the same, but someone who lives in and understands the world we’re describing. A lot of the edit was about trying to make sure that unique quality came out.

Moyer: Getting things right is always an exercise in perseverance. There was about 30% of the film that we just kept cutting and re-cutting, distilling, and re-shaping to get the pacing right, to get the tone right. There’s no way around it, you just have to keep watching those takes and know your footage. We did have a couple of small test screenings that ended up proving to be informative. Once thing I think I learned about myself is that I was just too indulgent in our original cuts. Certain sequences were effectively cut in half after test screenings.

Moyer: Out of high school I attended a nearby community college. Fearing I was behind other film students, I spent a lot of time researching filmmaking and practicing on local commercial and freelance jobs before transferring to a university. Afterwards, I made it to San Diego State University’s film program. I was initially interested in cinematography, but I ended up editing as many student films as I could get my hands on. While I was there, I made it into an internship at the local PBS station. After graduating, KPBS began a local competition seeking original content for broadcast. I and a small team ended up winning a grant that eventually turned into the documentary series Kings of the Craft. Documentary work is great training grounds for an editor—you end up as half writer, half director and if you can’t figure out the mechanics of the story things quickly fall apart. Since then, I’ve worked on a number of small features as an assistant editor, including Apple’s The Banker. As far as influences go, I feel most of my goals have been born out of educational programming, documentaries, and thoughtful sci-fi and hope to continue to stay involved with projects that either teach us something new or bring new perspectives to something familiar. Overall, the idea being to encourage audiences to be better, more empathetic.

Moyer: Final Cut X. It’s fast, it’s efficient, light-weight, works great for multi-cam (we shot on two cameras) and it allowed me to be my own assistant editor. With the help of jam syncing, Sync-N-Link X and Shot Notes X I often finished logging a day’s footage in about 3 hours. It’s also quite useful for cutting on-location in a pinch.

Moyer: There’s a scene at the quinceañera in front of a house—our two actresses are sort of walking around each other as two cameras are circling them. It’s a long take and a bit of a feat of memory to get all the lines down right with the blocking, so there were many flubs and resets. And when there wasn’t a flub, cameras would cross each other’s line of sight. And when they didn’t cross each other’s line of sight, a camera would catch its own reflection in a window. In a situation like this you don’t have too many options, you have to scan through every last moment of footage over and over again to make sure you’re actually maximizing things down to the frame. Fortunately, that day I was on location, we had a feeling it might be tricky to cut so in our last few minutes we grabbed a wide. I think the wide saved us to be honest.

Moyer: We used light VFX to remove boom mics or place clips on TVs, very utilitarian. The one interesting use of VFX though was actually for a scene in the arcade. The story calls for us to be viewing a character while they’re playing an aerial war game. Well, as you can imagine, we can’t exactly have an actual game in the film for copyright reasons so an artist created a “cut scene” of a non-existent game for us to comp into the shot.

Moyer: This is my first narrative feature film and taking on the project was an important step for myself, for Patricia, and everyone else involved. It’s been an amazing trip to watch this come together from inception to final cut and to learn from my director along the way what it means to live in the world we’re depicting.