Shining a Light on the Politics of Public Lands: David Garrett Byars on his Documentary Public Trust 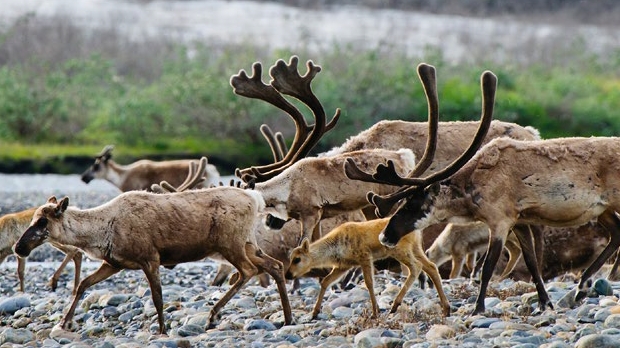 by Randy Astle
in Directors, Filmmaking, Interviews
on Sep 25, 2020

David Garrett Byars made his feature documentary debut with No Man’s Land in 2017, a riveting chronicle of the the 2016 occupation of the Malheur National Wildlife Refuge in Oregon (I spoke with him about it during its Tribeca premiere). In the largely verité film he manages to not only paint empathetic portraits of both the occupiers and their government opponents, but communicate the larger social and political movements that caused his characters to behave as they did. This eye for explaining complex topics comes to the fore in his sophomore film Public Trust, out September 25 from Patagonia Films. This new project deals on a national level with all of the United States’ publicly owned lands—national parks, monuments, wildlife refuges, and other administrative entities—and looks at the people who are fighting to preserve them, those who seek to privatize them or exploit them for profit, and their intrinsic value for wildlife and local human populations.

The fight over public land has existed since the days of John Muir’s struggle to preserve the Hetch Hetchy Valley and larger Yosemite area, but like many things it has taken on increased urgency under the Trump administration. And though Byars steers clear of partisanship, viewers can’t help but recognize the centralization and empowerment of anti-public land forces in recent years. Public Trust focuses on three areas as stand-ins for all of the public lands in the United States: the Arctic National Wildlife Refuge on Alaska’s northern coast, Bears Ears National Monument in southeastern Utah, and the Boundary Waters Canoe Area Wilderness in Minnesota’s northeastern corner. These areas have been much in the news, even past the events shown in the film. Just last month Trump’s Interior Department announced plans to allow oil drilling in ANWR, which prompted a lawsuit by groups of local indigenous people contesting that sufficient impact studies on the region’s massive caribou herd hadn’t been carried out—an argument, and indeed a caribou population, that play central roles in Byars’ film, making its release now timely.

Public Trust was produced by Patagonia Films, a production arm of the outdoor clothing manufacturer. Though the company has many short films to its credit, this is its third feature, after DamNation (2014) and Artifishal (2019). It premiered at the Big Sky Documentary Film Festival in February, where it also won the Big Sky Award, and more recently it won the Audience Award for Documentary Feature at the virtually held Woods Hole Film Festival in July. It will be released on YouTube at 5pm Eastern/2pm Pacific on Friday September 25—the day before National Public Lands Day—to reach the maximum global audience and have the largest possible impact.

Filmmaker: No Man’s Land was about a well-defined narrative in a single location, while this film is more thematic and encompasses the entire country. How did you approach these aspects differently, or was it essentially the same process?

Byars: The approach to making Public Trust was nearly the polar opposite of No Man’s Land. No Man’s Land was a film about a singular event that we used as a platform to explore larger topics. What we did with Public Trust is start at the topic of public lands and then drill down into our narrative. As an intellectual exercise, this is great fun, but from a practical filmmaking perspective, it is terrifying. Fortunately, Jeremy Rubingh, our producer, has steeped himself in this topic for his entire life, and was able to draw on his knowledge to point us in the right direction when I was looking for relevant narrative conduits. What you’re seeing in Public Trust is essentially a parallel of my journey from ignorance to a rudimentary understanding of public lands and what they mean to America. So while No Man’s Land focused on one event and the conclusions/lessons we can draw from it, Public Trust is a more intentional exploration that has its beginnings in a more abstract place and then draws upon real-world people and places to give it narrative shape.

Filmmaker: What was the production process like? Were there any particular challenges shooting in such far-flung locations, or did the challenges come from somewhere else?

Byars: The challenge with making a film about this kind of topic is that, although there are 640 million acres of public lands and they are as tangible as a bag of hammers, they are not really one “thing,” and much of the action surrounding public lands and their disposition happens in courtrooms, briefs, and interminable meetings. This makes for neither exciting visuals nor a cohesive narrative. So the goal for us was to identify stories that could best represent the topic of public lands and then tie those stories together in a way that made sense for a documentary. Once we identified those, it was a matter of casting for people who were movers and shakers in those geographies and finding a narrative device to tie them all together. The casting for the geographies was a bit easier done, as Jeremy already had knowledge of these places and the people who are important to them at his fingertips. The more challenging part was finding a way to tie these geographies to each other as well as to historical and philosophical context. This is where (and I say this as a certified redneck) our “redneck Virgil” Hal Herring came into the picture. Hal has arranged his entire life around public lands and his career as kind of a public lands beat journalist and is also writing what I think will be a definitive book on the topic, so it made sense to have him bring the audience along with him on his journey. So really the biggest challenge was figuring out how to encompass such a broad topic and vast physical object with all its context and baggage within the confines of a relatively small format.

Filmmaker: How did you come on board with Patagonia as the sponsor for the film? Was it something they approached you with or the other way around?

Byars: The story of how Public Trust came to be really starts with a short film I made in 2014 (Recapture) about a small public lands protest. What I saw there seemed like a sample of larger American feelings of powerlessness and a general sense that things were getting worse. In this case, it had manifested itself as anger at the federal government. I was trying to make a broader feature about this when the Bundys took over the Malheur Wildlife Refuge, which then begat No Man’s Land. So Public Trust is really a return to that larger, topical film I was making in 2014. I had no plans to revisit that, but then I met Jeremy after a screening of No Man’s Land and Public Trust was back on the table after talking with him and realizing there was enough story to make a very good public lands film, but it would be very difficult to get funded. This is where Patagonia Films came into the picture. Their development people, Alex Lowther and Monika McClure, saw No Man’s Land and had been contemplating a public lands film as well. Jeremy and I put together a one pager that outlined the style and methodology of the film, and then Jeremy, Alex, Monika, and I worked together to refine that and get the film through the approval process for Patagonia funding. It took a while, but we came out of that process with a vision for the film, a basic outline, and funds to make the film. It was off to the races at that point, with me and Jeremy on the road with a crew and the Patagonia folks supporting us from a topical/network perspective as well as production support and, later, helping us refine the story.

Filmmaker: There’s no narrator, but you use maps and graphics to unify different sequences and convey a lot of information. Can you talk about how you conceived these elements and integrated them into the footage?

Byars: We knew the challenge was to boil down a near infinite amount of complex data into a manageable amount of information in a way that gives the audience enough understanding to enjoy the film, but doesn’t get bogged down in minutiae or interminable explanations and exceptions, and also unifies the far flung elements of the film. So we came up with a way to use one huge map to (a) help us with the surprisingly daunting task of defining public lands, and (b) connect all of our individual narratives to the whole and to each other. If you’ve ever tried to make motion graphics, you’ll know how difficult it is to communicate effectively what you want to the motion graphics artist. Luckily, I love making motion graphics, so I worked with a GIS consultant (basically a digital cartographer) to get what I needed in terms of satellite imagery and various attribute overlays, and then combined and animated them myself. Then we identified other areas that needed a bit of a visual assist in terms of explanation or representation. Our editor (Lyman Smith) worked with me to make sure these fit in each moment of the film and made for a cohesive narrative on their own.

Filmmaker: Patagonia always has an activist element in its releases; they want to create real-world impact. What do you hope to achieve with this film as it comes out during a pandemic and right on the cusp of a presidential election?

Byars: The original plan was to release the film much earlier, but as the scope of the film broadened and the timeline of actual events began to unfold, it made sense to push the timeline to accommodate those things. Patagonia saw the opportunity to release it at a time when Americans are making a decision about what the country is going to look like in the future. And while the film does play in the political sandbox, it really serves to shine a light on how political decisions affect the disposition of public lands and, by extension, all of us. So I’m hoping that by providing that transparency, it will cause Americans to examine their decisions. And as the pandemic continues to ravage our country with signs that point towards prolonged isolation, Americans are probably craving the kind of spaciousness and freedom public lands provide, so we’re hoping that this provides a modicum of solace in these weird and sad times.