“There Were so Many Parallels and Contrasts”: Editor Jeppe Bødskov on President 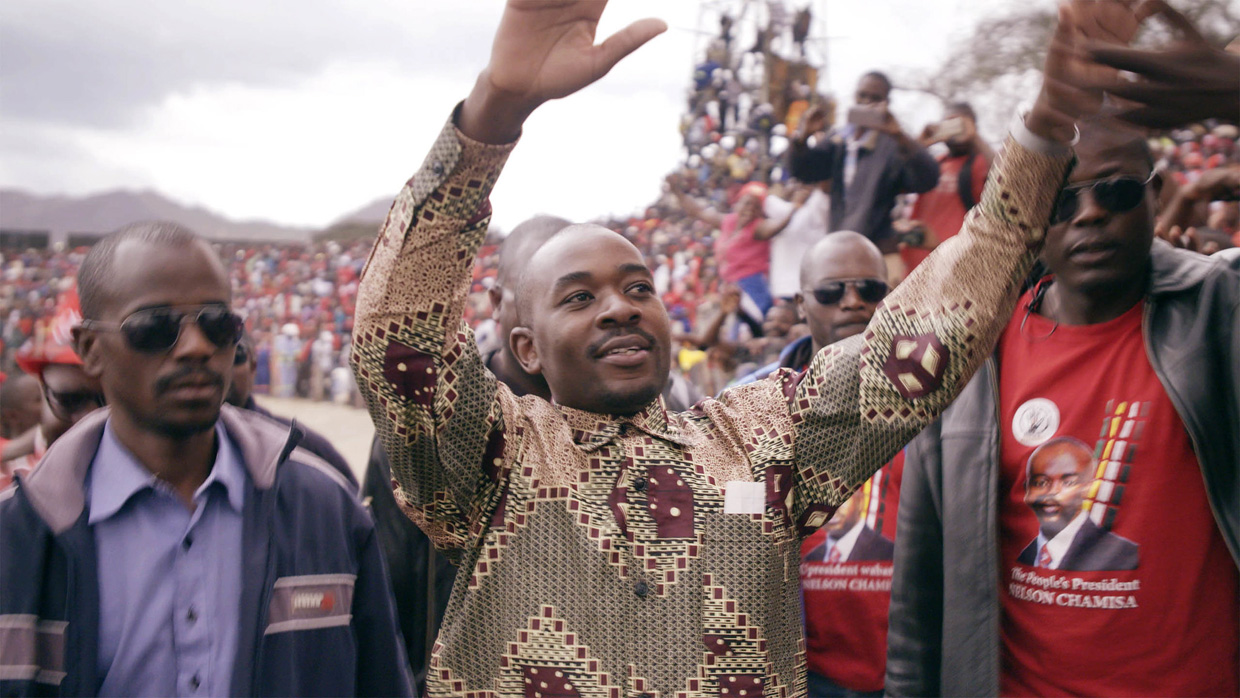 Camilla Nielsson’s President tells the tumultuous story of Zimbabwe’s 2018 general election, the first since the country attained independence that Robert Mugabe was not a candidate. It is in many ways a follow-up to Nielsson’s 2014 film Democrats. Editor Jeppe Bødskov discusses his ongoing collaboration with Nielssoni.

Bødskov: I worked with Camilla Nielsson on her previous documentary Democrats. So, I knew her already. I know quite a lot about Zimbabwe and about the political struggle in the country. I also understood the Zimbabwean English and some Shona expressions already from the previous work. Besides this I think Camilla chose me because we work well together. To me Camilla is a very skilled and intellectual filmmaker—I find that what I can contribute with is more orientated towards emotions, character and rhythm.

Bødskov: Camilla and I work very closely in the editing. She first chooses the dialogue bits, and then we discuss both the level of details and narrative of each scene. It is a huge task to edit a film like this, with so many hours of material and the complexity of the story. We been working for more than a year on this film. I would find it hard to share this level of complexity with another co-editor. Instead, we worked with the producer of the film, Signe Byrge Sørensen, as well as other consultants, who are editors and producers, many of whom were also involved in our first film Democrats.

When we got selected for Sundance, we unfortunately had to cut down the numbers of screenings because of limited time.

Bødskov: Originally, I was deeply into music (I play drums and was deejaying a lot) and I have always been interested in photography. So, when I first experienced editing it was like a beautiful meeting of my two main interests. I studied editing at the National Danish Film School. It is a four-year program. Here I discovered the power and the importance of documentary films.

Bødskov: We edited in Avid. That is the program I learned at the film school. For me the editing software is a tool, I am not so much into the technical side of things. I focus mainly on the storytelling, the emotions and the rhythm.

Bødskov: The hardest scene to cut was the army attacking the protesters on the first of August. It took some months even to approach this footage, which is very tough to watch, because the soldiers are literally shooting at people in the streets. It was an important scene to include though, because we really want to show the full picture of what happened that brutal day. Camilla had collected a huge amount of material that was shot that day, from tv stations to local people with cellphones.

Another difficult sequence was the court case part. This was difficult because the material was shot by the national Zimbabwean TV station for pure broadcast, so it was not filmic in any way, but straight documentation. Also, the discussion in the court room was full of difficult legal expressions and there were many layers of arguments, so we had to focus on making this complex case understandable, while also making the characters come through with their reactions.

Bødskov: I also took part in sessions about color grading and sound mixing together with the director and the producer. Since this is a co-production between Denmark and Norway, color grading and sound mix was planned to be done in Norway. Because of the COVID-19 restrictions, in the end we couldn’t fly there and had to do the work online instead. Being set in two different countries was a challenge, because filmmaking is about working closely together, so you can experience and feel the changes you add to the film in real time.

Bødskov: While we were editing, the situation in Zimbabwe became worse and worse. Both in terms of people’s human rights, which were being violated by the regime even more than during the election process, and because of the economic crises that deepened, and then the arrival of COVID-19, which gave the government a new excuse for further crack downs in the opposition. This did of course also affect the editing process, since some of the people targeted are people whom Camilla knows as friends and colleagues over many years. Secondly, especially during this autumn and winter it has felt like the correlation between the important issues in our film—about the fundamental institutions of democracy, how important they are and how difficult it is to change a society from a dictatorship to a democracy—became more and more relevant to the rest of the world. There were so many parallels and contrasts to draw with the attacks on the court system and press in Eastern Europe, and with first the protests of Summer 2020 and then the attack on congress in the US.