“The Message of the Film Continued to Evolve”: Editor Menna El Shishini on Captains of Zaatari 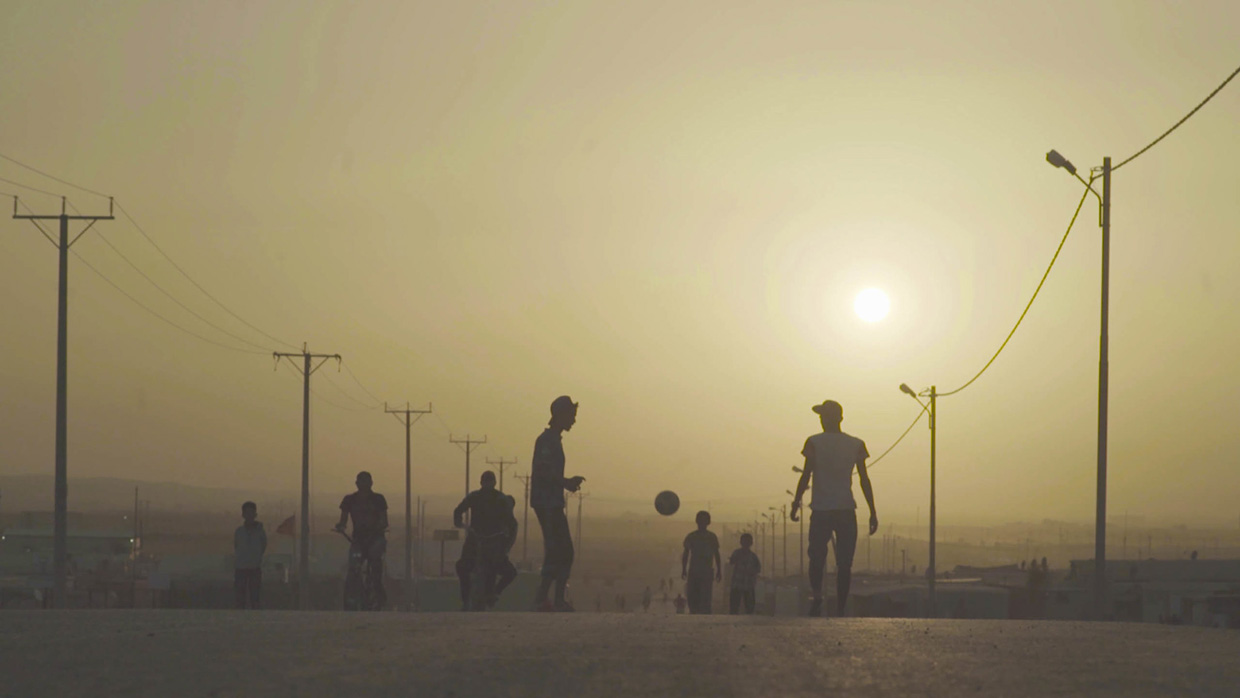 In his feature debut, Captains of Zaatari, Ali El Arabi turns his eye on the teenagers living in the world’s largest Syrian refugee camp. Unafraid to dream despite their bleak surroundings, Fawzi and Mahmoud hope to escape Zaatari and enter the world of professional soccer. El Shishini tells us of his unique perspective as editor and assistant director, and how he crafte a narrative from hundreds of hours of footage.

El Shishini: I became the editor of Captains of Zaatari following several previous collaborations with the director, Ali El Arabi, on several short films as an editor, and an assistant director. Working on those shorts, both on location and in post-production, gave me a clear understanding of Ali’s workflow and perspective. When it was time to work on Captains of Zaatari, I was also present during all the shoots as an assistant director, and responsible for handling the footage from the very early stages of pre-editing. This made me more familiar with the hundreds of hours of footage. I think that Ali chose to work with me as an editor because I was familiar with both the footage and his own creative process.

El Shishini: As an editor, my main goal throughout the long editing process was to establish the style and the pace of the film. We started editing Captains of Zaatari simultaneously while shooting, which meant that as the events of the story progressed, the message of the film continued to evolve. To accommodate these changes in the story with regards to the director’s vision, it was very important to consistently adjust the style, pace, and feel of the edit. Even though the film has a very clear plot, we worked a lot on the structure of the film to deliver the story in coherent sequences, creating the flow and feel Ali wanted. An element I was always keen on enhancing was the feel created by silence and negative space in the edit, which also gave way to the rich visual material of the refugee camp to carry the story forward. Another element we tried to preserve throughout the progression of the cuts was the refugee camp as a character, and how we can create a visual relationship between the two main characters, the events of the story, and the setting itself: the camp.

El Shishini: In the early stages, Ali and I would work together on the structure both on the computer and on bulletin boards using scene cards. Working on the structure took a lot of time, and we would spend days with our cards and bulletin boards without even powering up the computer. We would move back and forth between the two mediums: paper and technology. Also, feedback screenings were very important after we finished the director’s cut. At that point we had to get feedback from fresh eyes, since both Ali and I had been involved in the production process from the beginning.

El Shishini: I got my BA in film from the American University in Egypt; I had not necessarily set my mind on editing as my career path in filmmaking, but throughout my years in film school, I was particularly interested in editing and cinematography. However, as soon as I graduated, several of my friends began referring me to editing jobs. As I worked on more projects as an editor, I started appreciating the importance of editing in the filmmaking process and decided to pursue a career as an editor. I worked on several short documentaries, and one feature, before working on Captains of Zaatari. When it comes to influences and inspiration, I was introduced to ethnographic film in a class in university, and fell in love with it. It’s influenced my style as an editor.

El Shishini: We started out with Final Cut 7, then we eventually migrated to Premiere Pro. Given the amount of footage we had, Premiere Pro was faster and easier to use.

El Shishini: The most challenging scene was what we call the “internet” scene. It’s the scene in which the two main characters, two teenage refugee boys, were having a conversation sitting side by side on their phones, talking about a broad range of topics about life. What made this scene very difficult to cut was making the decision of which dialogue to keep and which to cut. However, depending on where we put the scene during the structuring and restructuring of the film, different decisions made sense in different placements of the scene. Every time we made changes to the structure; we would need to change almost the entire content of this scene. We finally made it work, on its own, despite where it is in the structure of the cut, when we decided to focus on something different, which was the dynamics of the relationship between the two boys, rather than the content of the dialogue.

El Shishini: After working on this film, I came to realize that working as an editor on a documentary film is a process that requires developing screenwriting and directing skills. I witnessed the film truly change several times in all different aspects in the editing room. We started off telling a story about something, and ended up telling the same story but this time it was about something completely different. The perspective of the film changed completely through the editing process. For a process that took years of work, effort, and emotional capacity, I’m glad I got to see this journey through: from the very first frame shot years ago, until we exported the cut for the film’s premiere.