“Who Does Visibility Serve and Who Does it Harm?”: Chase Joynt and Morgan M. Page on Their Sundance Doc Framing Agnes 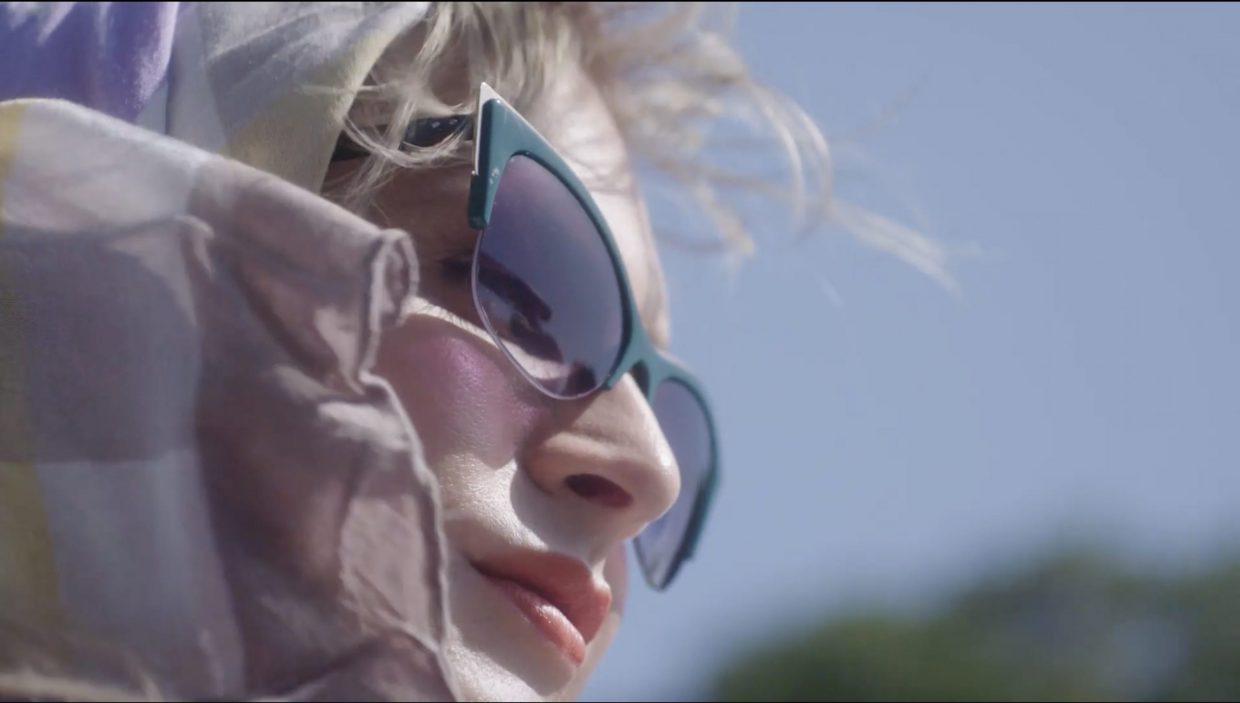 Framing Agnes, the title of Chase Joynt’s (No Ordinary Man) latest genre-queering film – world premiering in the Next section at this year’s Sundance – refers to a controversial trans woman who, in the 1960s, participated in a groundbreaking gender health research study at UCLA. It also refers to the fact that, historically, trans people have never been allowed to leave the frame. Or, paradoxically, enter the frame (if not a blond beauty like Agnes or Christine Jorgensen). So how does Joynt place Agnes in his cinematic frame without framing her? The answer is with an abundance of artistic ingenuity and a little help from his friends. (Who happen to be deep-thinking trans stars , including Zackary Drucker, who plays Agnes, Angelica Ross, Jen Richards, Max Wolf Valerio, Silas Howard, and Stephen Ira.)

Just prior to the film’s (January 22) virtual debut Filmmaker reached out to Joynt and his co-writer Morgan M. Page (the London-based creator of the trans history podcast “One From the Vaults,” and EP of the Wondery investigative podcast series “Harsh Reality: The Story of Miriam Rivera”) to find out how they learned about Agnes and came up with the docu-fiction’s innovative talk show element, and whether gender fluidity might soon usher in a golden age of genre fluidity.

Filmmaker: So how did you discover Agnes and the UCLA Gender Clinic, and what made you think that this academic material could actually form the basis of a film?

Joynt: I first spent careful time with Agnes in collaboration with my friend Kristen Schilt, a professor of sociology at the University of Chicago, when we were co-teaching a class about the politics of narrative construction. The case study of Agnes was an incredible way to think with students about the ways similar material can be interpreted differently by people from varying disciplinary locations with often opposing or conflicting motivations, to very different ends.

Page: A lot of my work is more straight-forwardly engaging stories from the archives. What drew me to working on Framing Agnes was the opportunity to use these archival breadcrumbs to have a wider ranging discussion about the values and violences of the archive itself, about who becomes history and why, and about the uses of history.

Filmmaker: Can you talk a bit about the doc’s aesthetic? How did you come up with the talk show format, the decision to use Super 8, etc.?

Joynt: Throughout the film we employ recording technologies as portals to intimacy and alienation. From the domestic Super 8, which encourages a mode of intimate personal address, to the industrial talk show studio camera, which is so often shot over-the-shoulder and imagined for an audience located elsewhere, each comes with their own aesthetics and expectations. I spent months thinking: How can I, as a maker, rely on your familiarity with the medium and use that to draw your attention to other things – such as the production of race, class and gender? Each aesthetic form holds a very particular meaning and place in the history of moving-image representation of trans and gender non-conforming people.

Filmmaker: How did you go about building your tight-knit team, including casting the various roles?

Joynt: Immediately upon encountering the archival transcripts we were taken aback by the connections we could make between various life details found on those pages and the experiences of many in our shared community. From our earliest conversations about the project, we understood it was critical to work with those who would be most impacted by the experimental and embodied strategies which would anchor the film. To me it has always felt less like casting and more about an opportunity to collaborate and find meaning together onscreen. It is from that place of shared investment that we can then ask what is at stake – and for whom – when we engage these historical frames.

Page: One of the pieces our film is bringing into focus is the creation of the trans celebrity, the trans documentary subject, and the trans research subject. Each of our actors has a particular relationship to these things. Max Wolf Valerio was part of the first major wave of trans masculine documentary subjects in the 1990s; Zackary Drucker’s production work brought Transparent to mainstream audiences; Angelica Ross is perhaps one of the most famous contemporary trans actresses, and with good reason. These underlying connections add a layer to how audiences interpret them onscreen. And we hope highlight the inescapable ways that our stories have been shaped for mainstream consumption across time, just like those of our archival subjects.

Filmmaker: The reexamination of American history through a BIPOC POV over these past few years makes me wonder if BLM – or even something like the 1619 Project – has influenced your approach to trans history. How does intersectionality play into your own process?

Page: The history of Black, Indigenous, and other trans people of color is central to trans history. It’s inextricable. And yet so often trans history has been focused on majority white subjects like Christine Jorgensen or Agnes. As our film discusses, Black trans women in particular have become the most visible face of our contemporary movement while simultaneously remaining the biggest targets for violence and discrimination. This dichotomy was at the heart of the questions Chase and I were interrogating throughout our process working on Framing Agnes. Who does visibility serve and who does it harm? Is the capturing of historical subjects a total positive, or is there a freedom when people escape the archive?

Joynt: Yes. Both together and apart we engage the work of trans scholars, like C. Riley Snorton, who return us time and time again to the enduring and structuring relationship between transphobia and white supremacy.

Filmmaker: I also feel like we’re on the cusp of a sort of reexamination and reinvention of the documentary format itself – one led by trans and nonbinary nonfiction filmmakers who are also experimental artists like you (and Angelo Madsen Minax and Jordan Lord, to name just two of my visionary discoveries of 2021). Perhaps gender fluidity has likewise led to an increasing comfort with genre fluidity?

Page: I don’t think it’s very surprising that trans artists so frequently push against the constraints of genre. I think poet and academic (and all around fun time!) Trish Salah has written about this hybridity being a process of “trans-genre.” Through our ongoing collaborations I’ve come to see that Chase is never satisfied with something that is only doing one thing. All of his work – from docs like No Ordinary Man to books like “You Only Live Twice” – tries to bend and break narrative conventions. And this is the heart of Framing Agnes. It’s a film that is not so much about Agnes, per se, as it is about how she is framed.

Joynt: I love this question and this hopeful projection. I understand this to be a move toward trans as method. Which is to say as a threshold between distinct spaces – of both genre and gender. For me – and for us – that is a dynamic and a commitment that must continue to be harnessed on and off screen. We understand ourselves to be a part of a movement of many who are excited by the opportunity to make work on and about those thresholds and boundaries.