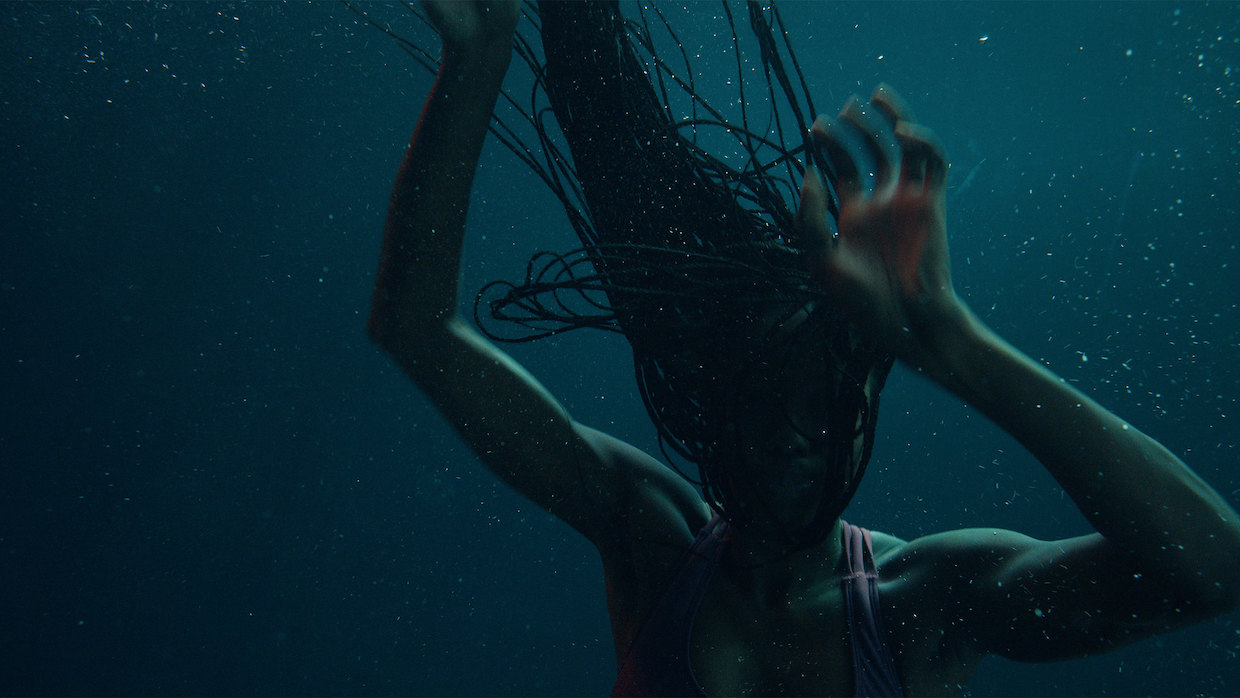 The Sundance Dramatic Competition entry Nanny, a horror story about an immigrant domestic child-care worker in New York who’s saving to bring her own young son over from Senegal, is the first feature produced by New York-based Nikkia Moulterie. It’s her reunion with writer/director Nikyatu Jusu after producing the writer/director’s excellent 2019 short, Suicide by Sunlight, and it follows a decade-long career producing shorts, UPM’ing features and producing commercials and music videos. Below, Moulterie discusses the way she met and bonded with Jusu, the challenges of producing a feature during the COVID-19 pandemic, and the advice she’d give to new producers entering the field at this challenging historical moment.

Filmmaker: Tell me about the professional path that led you to produce this film, your first with a full producer credit. What jobs within and outside of the film industry did you do, and what professional experience best prepared you to be a producer?

Moulterie: My experience as a production manager and producer in short form and television ultimately lent itself to my recent role as the producer of Nanny.

Filmmaker: How did you connect with Nikyatu Jusu and wind up producing her film?

Moulterie: Years ago Nikyatu and I met through mutual friends and initially bonded over similar interests in film.  At the time I was a freelance production manager and working part time at the Walter Reade Theater. We bonded over an interest in the time in Latin cinema — early years of Alejandro/Guillermo/Alfonso. But also we talked about a New York nanny narrative way back when we first met. We’ve come full circle.

Moulterie: 2022 marks the fourth year of our journey. In 2019 we decided to commit to this story fully. It just felt like it could realistically be the first feature we did together. Niky writes big and creates these worlds. And while Nanny isn’t exactly contained, of her work it was the most contained. I was invited to the Sundance Producers Lab, and then that was it. We continued on their development track, and she attended the Screenwriters + Directors Labs in 2020, which gave us a safe space to fine tune the script. In parallel I honed in on where to shoot and a production plan.

In 2020 we got financing in spite of the pandemic, and then in 2021 we shot it and charged through post production. It has been quite a ride.

While I don’t recommend our timeline, we did it. The key was having a team willing to run with us.

Moulterie: The Sundance community is singular. I’d say I was very lucky to have met Anne Lai just before she moved on from the Sundance Institute. She leveled the playing field for me.

Anne helmed the Producers Lab in 2019, and they invited me in as the Mark Silverman honoree fellow. In a world that lionizes directors, she really put producing front and center, and it was a gamechanger for me. Part of the lab is also mentorship, and you’re supposed to present a wishlist of mentors you’d like to be introduced to, and I infamously “passed.”  Naturally Anne was not having any of that. She introduced me to Daniela Taplin Lundberg, and sure enough it was the final piece of the Nanny puzzle. Daniela took me under her wing and stepped in to produce Nanny with me.

To this day I still speak to the 2019 lab mentors Effie Brown and Karen Chien.  And Howard Gertler has been like a big brother.

Moulterie: Everyone decided to shoot this spring / summer — finding our tribe was very hard. We definitely found our people, but it was quite a process finding our department heads.

Filmmaker: What single element of the film do you take the greatest amount of pride in, or maybe were just most excited by, as a producer?

Moulterie: With Nanny, the SFX and VFX were the most exciting for me. Nikyatu is a gracious collaborator and really trusted me to dive in and find our VFX and SFX partners. Our film was quite ambitious, so it was key to find partners who loved the story and wanted to bring it to life. Figuring out what needed to be practical and captured, versus where the SFX/VFX could lift off, was a challenging puzzle we put together from prep through post.

And we got lucky. I’d recommend Break + Enter and Taking Shape heartily. They really love it for the craft, and they took ownership in the work in the best way. John Kilshaw was also a supporter from the sidelines, at Framestore.

Moulterie: So much of producing at this budget level is taking on what needs to just get done, from all directions. You put your head down and push through. It was tough. I didn’t know it would feel so isolating.

Filmmaker: What are the challenges facing new producers entering the business right now at this unique historical moment? And what could or should change about the film business to make producing a more sustainable practice?

Moulterie: I’d say that given COVID, and the very necessary protocols needed to ensure safety, there will be films that just don’t get made — or-that run great risks in an effort to get made. Smaller films will have to shoulder the costs of safety or simply wait till we get this in check. These are the “firsts” and “debuts” that start careers. Some may never get that chance, which is really heartbreaking.

I do wish we could shift away from tax rebates and have actual available funds.  For many, simply having access to funding is all the difference.

I am also really looking forward to seeing what the formation of the Producer’s Union can do.

Filmmaker: Finally, what advice would you pass on to a future new producers preparing to embark on their first production?

Moulterie: Beware favors, given at their leisure – they can turn out to be whatever is easily given and not what you need. And when building a team around your film, don’t forget to build your own. You will need support.