“The Tragedy of Martha is That Her Story Had Been Hijacked So Thoroughly by the White Men Around Her”: Anne Alvergue and Debra McClutchy on The Martha Mitchell Effect 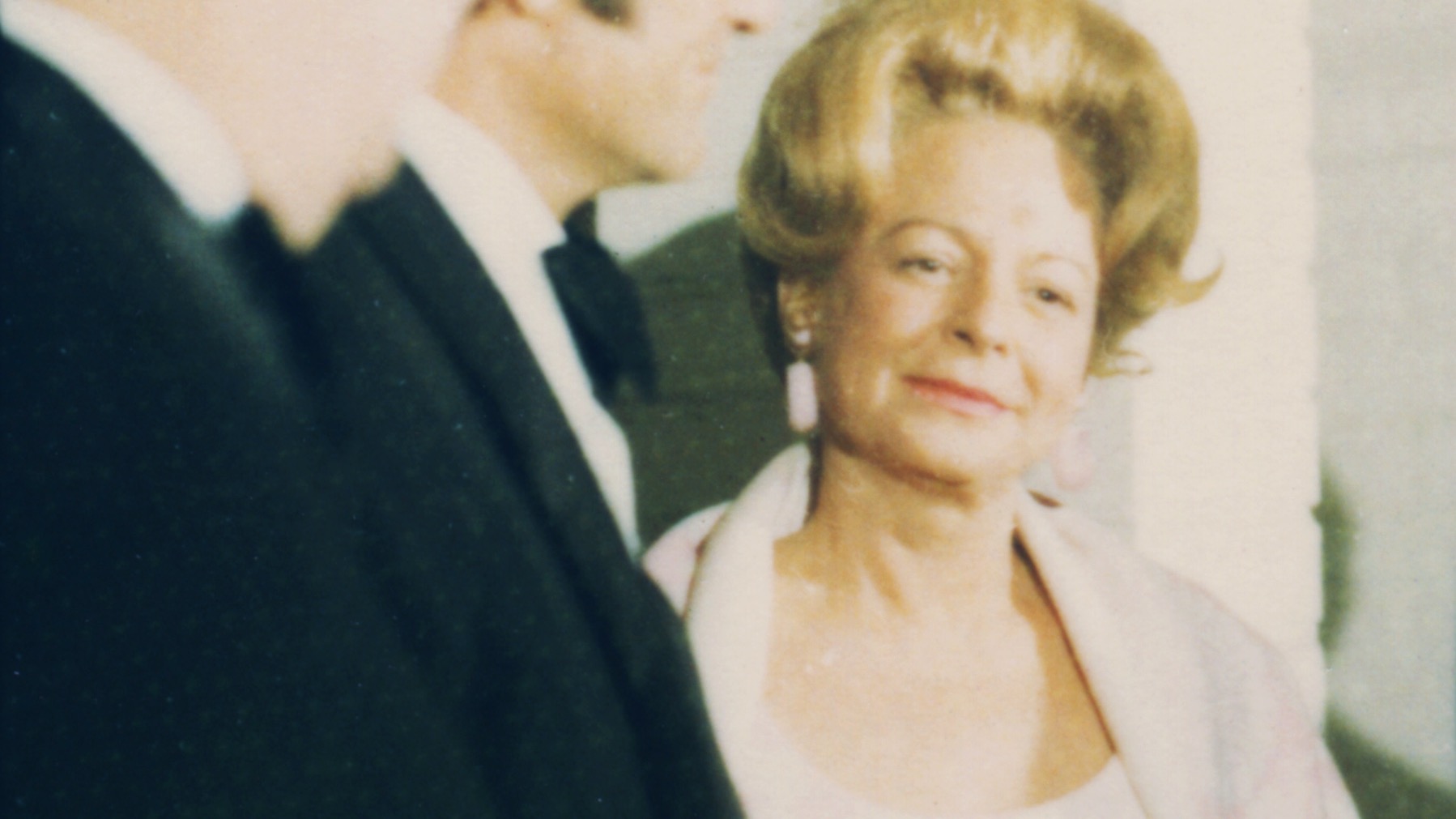 by Lauren Wissot
in Directors, Interviews
on Apr 26, 2022

Per Wikipedia, “The Martha Mitchell effect refers to the process by which a psychiatrist, psychologist, mental health clinician, or other medical professional labels a patient’s accurate perception of real events as delusional, resulting in misdiagnosis.” Per Sundance, Full Frame, Hot Docs, and ultimately Netflix, The Martha Mitchell Effect is one must-see doc.

Running at just under a brisk 40 minutes, Anne Alvergue and Debra McClutchy’s all-archival short – which recently screened at the virtual Full Frame in the NEW DOCS section and is set to play in the Persister Shorts: Mother’s Day program at the hybrid Hot Docs – spotlights the titular figure, once only known to the public as the outspoken (read “out of bounds” when it came to the women of her day) wife of President Nixon’s attorney general (read criminally convicted henchman). The Arkansas-born, paparazzi-loving socialite was also a heck of a brave soul, whose inability to ignore her moral compass may have brought down the entire Nixon administration. (At least Tricky Dick thought so. Then again his many failed efforts to silence her – including drugging and kidnapping – may have played a role in that vitriol.) Her rectitude did, however, most assuredly bring down Martha Mitchell herself.

It’s a tragic tale made all the more poignant by the filmmakers’ deft mixing of Mitchell’s many controlled interviews and television appearances with her off-the-cuff phone calls. (The UPI’s Helen Thomas was both a trusted confidant Mitchell could dial up at all hours and one of the few journalists to actually take her seriously.) With a face that belied an emotional truth deeper than words, Mitchell was equal parts media savvy and heartbreakingly honest. Someone whose trauma had always been hiding in plain painful sight.

Fortunately for history, we now have a doc-making duo that bothered to look. The Martha Mitchell Effect debuts online April 28 at Hot Docs (geo-blocked to Canada, unfortunately) before heading to Netflix.

Filmmaker: So how did this film originate? Was the idea sparked by the Watergate-level corruption of the Trump years? The anti-gaslighting groundswell of MeToo?

Alvergue: Yes and yes. We were both devastated by the 2016 election and looking to tell a female-driven story that could shed light on the present. Martha’s story really checked all the boxes. But more than anything we were captivated by what a savvy, hilarious and telegenic person she was; and dismayed by how effective the gaslighting campaign to silence her had been. She is truly a hidden figure of the Watergate era. Now seemed the time to resurrect her story and restore her agency.

McClutchy: Yes, the impeachment scandals of the Trump administration clearly resonated, as did the reckoning around MeToo. We were fascinated with how this conservative Republican wife became one of the first prominent figures to call out the Nixon administration and the retaliation that followed. She was the unlikeliest of people to do it and had a lot to lose. When I first heard her story I was floored.

Filmmaker: How exactly did you acquire the archival material? Is it all in the public domain?

Alvergue: I wish! We first started at the Nixon Library. We knew about the Haldeman Super 8 collection, which is a treasure trove of home movies shot by Nixon’s young cabinet members. That is in the public domain. But unfortunately, and not surprisingly, there isn’t much of Martha there as they were not big fans of hers.

So we knew we would have to seek out primarily news stories to visually illustrate her journey. Luckily, the press followed Martha everywhere once they discovered how outspoken she was, and she in turn would play to the press. But so much of the visual archive in the early 70s has been lost; there was a lot of footage we knew about that we couldn’t exhume. It really was a two-year research expedition to uncover sources, ranging from national to local news outlets, YouTube to eBay. As well as mining the archives of journalists. One found an interview tape in his attic that hadn’t been broadcast since 1972.

McClutchy: We also took an early research trip to the Library of Congress where we uncovered rarely heard interviews that Martha had given. It’s such a thrill to find these gems of archival material. It makes the hunt for more all the more exciting. And then prior to the pandemic both Anne and I researched in person a couple of times at the Nixon Library, which became our main and crucial resource. We’re archival nerds and absolutely loved researching there in person. Once the pandemic hit, we still hadn’t completed our research. It was only through the Herculean efforts of archivist Ryan Pettigrew that we gained access remotely to even more material.

But our research also extended far beyond the Nixon Library. There were many hours spent on the internet digging in archives, library collections, news outlets and more. It was always the random research finds that were the most thrilling.

Filmmaker: I found your editing choices quite remarkable. The decision to close in on Martha’s face, for example, making us aware of the heavy emotional toll speaking truth to power takes on the individual, really prioritizes the woman over the media circus perpetually surrounding her. So as the editor, Anne, can you talk a bit about what that process was like?

Alvergue: We knew from the start we wanted to prioritize the archival and immerse the viewer in Martha’s world. Given that her version of events was buried under the prevailing Watergate narrative, we also wanted to lead with her voice as much as we could to return some agency to her own story. But we were limited by the archive. There were some great pop cultural TV show segments, but most of what we uncovered were news stories; there was very little verite footage of Martha, and no home movies.

For Nixon we had the Haldeman Super 8 collection we could pull from, so his story feels much more observational. What raw footage we could find of Martha was mostly interview outtakes. But we were lucky enough to work with the incredible editor Toby Shimin for a week in the final stage of the edit. She really mined these outtakes, slowing down the closeups of Martha to highlight her pain and frustration, particularly during the height of the gaslighting campaign. You can almost see her reacting as if in real time. And by staying within the native 4×3 aspect ratio of the footage we could focus on Martha and Martha alone in these key emotional scenes.

Filmmaker: When it comes to the historical record, the tragedy of Martha is that her story had been hijacked so thoroughly by the white men around her, her narrative told almost solely through the white male gaze (despite legendary journo Helen Thomas’s Sisyphean efforts). So was it difficult to even locate enough material to reflect a more nuanced perspective?

Alvergue: Part of the story of this film is how Martha was framed by the media and the White House, which was told predominantly from a male gaze. But we knew we could counteract that somewhat by isolating her interview bites and foregrounding her voice throughout the narrative to tell her side of the story.

We also had the White House tapes, which were much more revealing than the official party line, and allowed us to investigate the media machinations of Nixon and his cabinet; and how they orchestrated public information vis a vis Watergate and Martha. For me, one of the biggest revelations from the tapes was how much Nixon gossiped about Martha pre-Watergate, and then was obsessed with containing her post-Watergate. There was a lot of fear surrounding her and what she might expose.

McClutchy: We’re also incredibly lucky that intrepid women journalists back then – like Helen Thomas and Winzola McLendon – took Martha seriously and listened to her. Without them, we wouldn’t have the record we do in order to tell a more nuanced story. And Martha was savvy in developing these relationships with the press so that she would have some agency in telling her story. So these were women who were proactively building this historical record together.

Filmmaker: Upon her death a floral arrangement spelling out “Martha was right” was sent anonymously to her family, and yet in the decades since she’s mostly been forgotten as a heroic American. That said, there does seem to be something of a Martha revival lately, with Julia Roberts even playing her in the Starz series Gaslit (based on the Slow Burn podcast) premiering this month. Any thoughts as to why she’s being resurrected at this moment?

Alvergue: I think this country is so divided politically that Americans are now thirsty for outliers – individuals who are brave enough to cross party lines and risk it all to speak truth to power. And for those few who do speak out we are seeing the same blowback now that we saw then, particularly against women. Treating your opponent as an existential threat, to be dehumanized and then marginalized, is a political tactic used time and again.

I also think we are in a period of looking back at the past through different lenses, and seeking out those who were lost to history. Watergate was one of the 20th century’s biggest political scandals, and yet we know nothing of the women that were involved. As the 50th anniversary of the break-in approaches, we have an opportunity to revisit who was overlooked – and in Martha’s case, silenced – for political gain.

McClutchy: Fifty years after Watergate we’re facing another existential crisis in our democracy. It’s not surprising to me that a story like Martha’s is capturing our collective imagination. People are looking to history to help navigate where we go from here.

We were actually at a film festival recently and a young liberal filmmaker said to me, “I just really want my conservative Republican dad to see your film so we can talk about Martha.” And I thought, yes! Please connect and have that conversation with your dad. If our film can spark a dialogue then that’s one small step to a healthier democracy.