“I Can’t Afford to Let Cliches Live in the Cinema I Make”: Leilah Weinraub on Shakedown 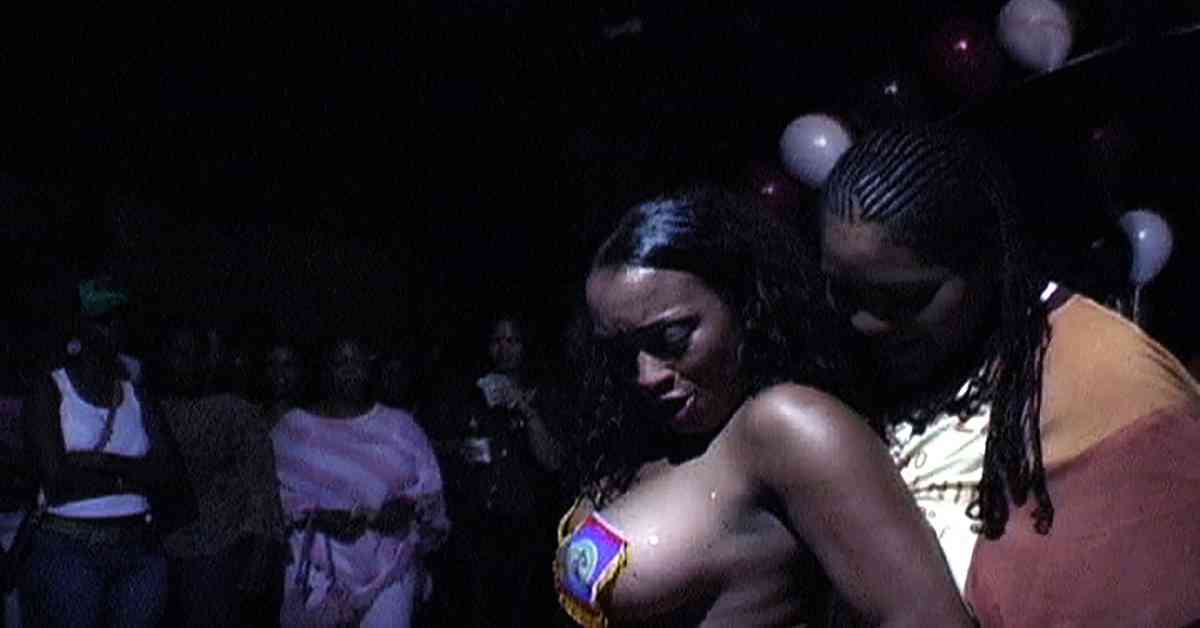 by Lauren Wissot
in Directors, Interviews
on Jun 27, 2022

Indeed, Shakedown is a film that defies any easy categorization. Ostensibly a longform cinematic exploration (crafted over 15 years starting in 2002) of the titular, mid-city, Los Angeles, Black lesbian strip club, the doc is likewise a study in the invention of identity, family and community — especially for those marginalized by both blood relatives and society. It’s also a heck of a risk-taking endeavor: Neither a feminist film nor an easily digestible depiction of Black women for that matter, the true (and unapologetically self-proclaimed) stars of the doc are just as comfortable expressing sexual fluidity (the legendary dancer Egypt reminisces about the time before she was gay) as they are popping a bare booty for the lens.

In other words, Shakedown is that rare sexually-explicit film that digs many layers below the skin-deep surface, revealing a whole host of questions about racial and economic justice in the process. Images of white cops conducting raids at the club, cuffing Black strippers in the middle of a performance (and subsequently ticketing them for solicitation), are charged with unsettling echoes of history. Footage from the gay hood clubs of the ’90s seamlessly melds with Weinraub’s own (culled from over 400 hours) footage, none of which looks anything like the squeaky clean (i.e., white upper-middle-class) LGBTQ+ spaces safe for the corporate screen. Not to mention, since so much of our dominant queer culture has been appropriated from Black culture (the fight for gay liberation notably influenced by the civl rights movement), what does a “Black lesbian subculture” even mean?

So to find out more about the doc and its broader implications Filmmaker reached out to the intersectional industry vet, a NYC-based native of LA whose unconventional career has taken her from being mentored by Tony Kaye, to working with Julia Reichert and Steven Bognar, to serving as CEO of the street-wear fashion brand Hood By Air.

Weinraub: I’ve always focused on the economics depicted in the film, which I describe as a “Black owned and operated cash economy.” I think there’s been lots of different interpretations of my synopsis, depending on where the interpreter is at emotionally. I actually haven’t heard that the film is niche. Personally, I don’t really think I made a niche film.

Filmmaker: You have said that “the point of the film is labor,” and that you wanted to follow the dollar as it made its way through this specific underground economy. So where did that particular idea originate? What were you hoping to learn?

Weinraub: Thanks for asking about that. When I was in my 20s I worked for Steve Bognar and Julia Reichert, whose filmmaking I’m still very inspired by. When they received the Oscar in 2020 for American Factory, Julia stressed in the acceptance speech, “Things will get better when workers of the world unite.” I very much wanted to approach Shakedown as a project that documents the reality of labor and discusses how in America work forms identity.

Filmmaker: The film also struck me as more timeless capsule than time capsule, with the intimate, handcrafted aesthetic allowing for the ’90s footage to flow seamlessly into your own more recently shot footage. How exactly did you approach the editing?

Weinraub: I worked with editor Matt Hollis on Shakedown. The process was hard and time-consuming. But we had the luxury of spending the needed time on the project.

The editing was really the most present thing in the film. I had many insecurities surrounding the question of time: How we do contend with the passing of time? What’s the strategy for acknowledging it and to allow history to live in the present? I was so lucky to be able to work with Matt and refine those ideas completely. He can really speak more on this.

Hollis: Yes, our strategy was basically anti-analogical; there are no match cuts to be found in Shakedown. Rather we searched out a certain spirit, a common form of life, and traced its dead ends and digressions across the ages.

In practice this meant that, one, we invented nothing; and two, selected only those shots where some specific thing happens – a different hand gesture, a gaze that strays, changes to the rhythm of the body, a play of affects. We looked for states, not processes. We placed distant realities together.

When it came to the image itself, irrespective of its origin, we applied that magical means called tenderness. Which personalizes everything, gives it a voice, allows it to come into existence and to be expressed. (Mark Leckey, Yervant Giankian and Angela Ricci, Bruce Baillie and others were of great help in this area.)

Time isn’t simply a line stretching from past to future. It’s also a habitat; a place where new ways of seeing, thinking and acting become possible. So when it came down to the edit, coming face to face with hundreds of hours of footage spanning decades, we started at any point and extended in all directions by inventing our own connections.

Weinraub: Honestly, at one point I got linked with a mediocre producer who said there was no audience for the film, and I came quite close to being in danger of listening to him. The business of filmmaking is creative, so it’s super important to me to partner with people that see the world as open and possible.

Overall it’s been pretty cool, though, this coalition-building. For me it was important that the successes of the film funnel back to the people in it. And I’m still working on realizing that goal.

Filmmaker: I also read that Shakedown actually influenced your time as CEO of the street-wear fashion brand Hood By Air, so I’m hoping you can talk a bit about how you connect fashion to film. In general, how does intersectionality play a role not only in your identity but in your artistry?

Weinraub: The experience of filming at Shakedown convinced me that the ideas being generated in nightlife needed to have an outlet in “day life.” With Hood By Air I felt an urgency to put my full energy towards that; and also at the same time look to create some financial security for myself and my friends.

Looking back, it was post economic collapse, post Bush-era art — but still inside the social conservativeness of the Obama era, where people were recreating cliche Black narratives. We were riffing on new identities and personas, both on the runway and for ourselves as artists and as a collective. My “CEO persona” was an exciting opportunity for me.

I also realized that I can’t afford to let cliches live in the cinema I make; but I’m also aware of that danger in my personal life too. So as my identity evolves I’m battling with that. With making the kind of life for myself that I actually want to live.