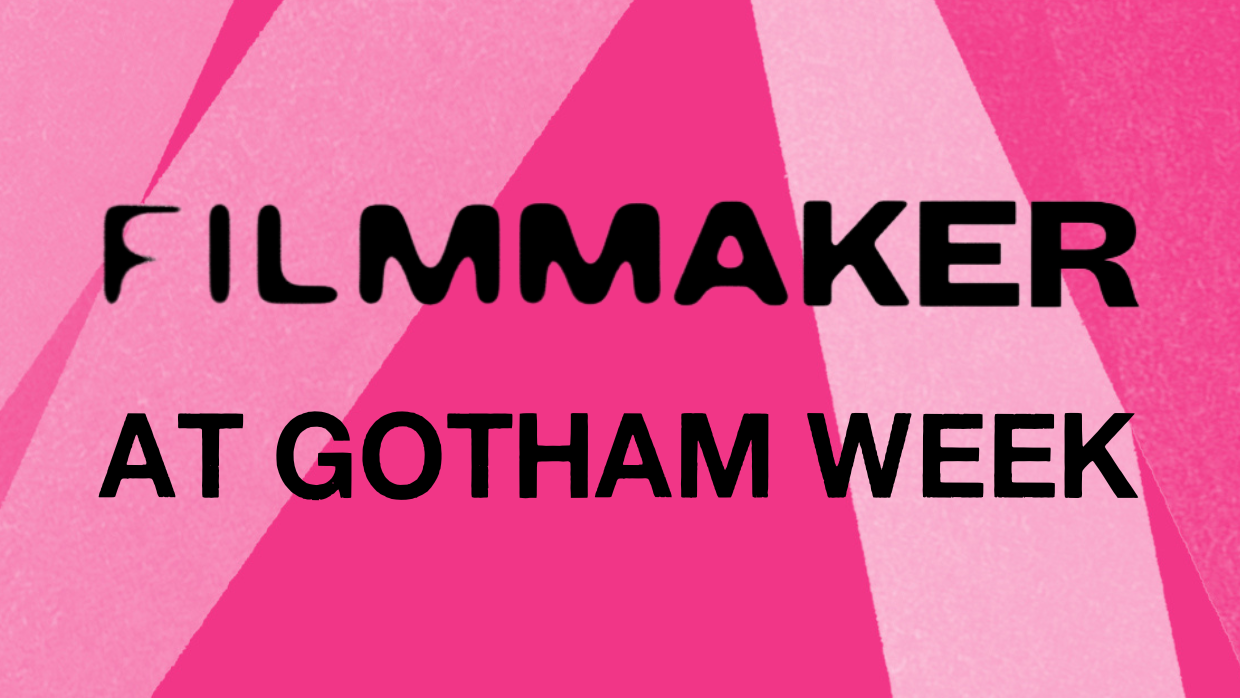 Filmmaker is hosting four conversations next week at The Gotham’s Gotham Week Conference, all with filmmakers who have recent films we love and have covered extensively at Filmmaker. And, these talks are free to public. Three are in person at Brooklyn Navy Yards, and the fourth is on Zoom. RSVP by clicking on the links below.

On Monday at 10:30 AM, I’ll be speaking with DEDZA founder Kate Gondwe, one of our 25 New Faces last year, about the distribution of Saul Williams’s and Anisia Uzeyman’s Neptune Frost, and particularly about the specialized techniques used to broaden the reach of this boundary-busting work of Afrofuturism.

On Tuesday from noon until 1:00 PM, I’ll be wearing my producer hat in conversation with my colleague Alexandra Byer, producer of such great films as Funny Face, The Mountains are a Dream that Call to Me and De Lo Mio, and the co-founder of the production company RATHAUS. We’ll be doing a frank talk about the state of independent producing today and the challenges facing independent producers.

On Wednesday, September 21 from 11:30 AM – 12:30 PM, I’ll be speaking to another 25 New Face, Ricky D’Ambrose, about making his film The Cathedral, a critical hit that was made under the ultra-low-budget restrictions of the Venice Biennale College Cinema. We’ll talk about what he learned realizing a ensemble period drama on a truly independent scale, among other topics.

Finally, on Wednesday, September 21 from 1:00 – 2:00 PM, Vadim Rizov will be talking to two more 25 New Faces — Daniel Hymanson, director of So Late, So Soon; and Isidore Bethel, a director (Acts of Love) and editor (he’s working on Hymanson’s new doc) — about the art of the documentary edit. This one will be on Zoom.

Again, these are free, so click on the links above, and I hope to see some of you there.