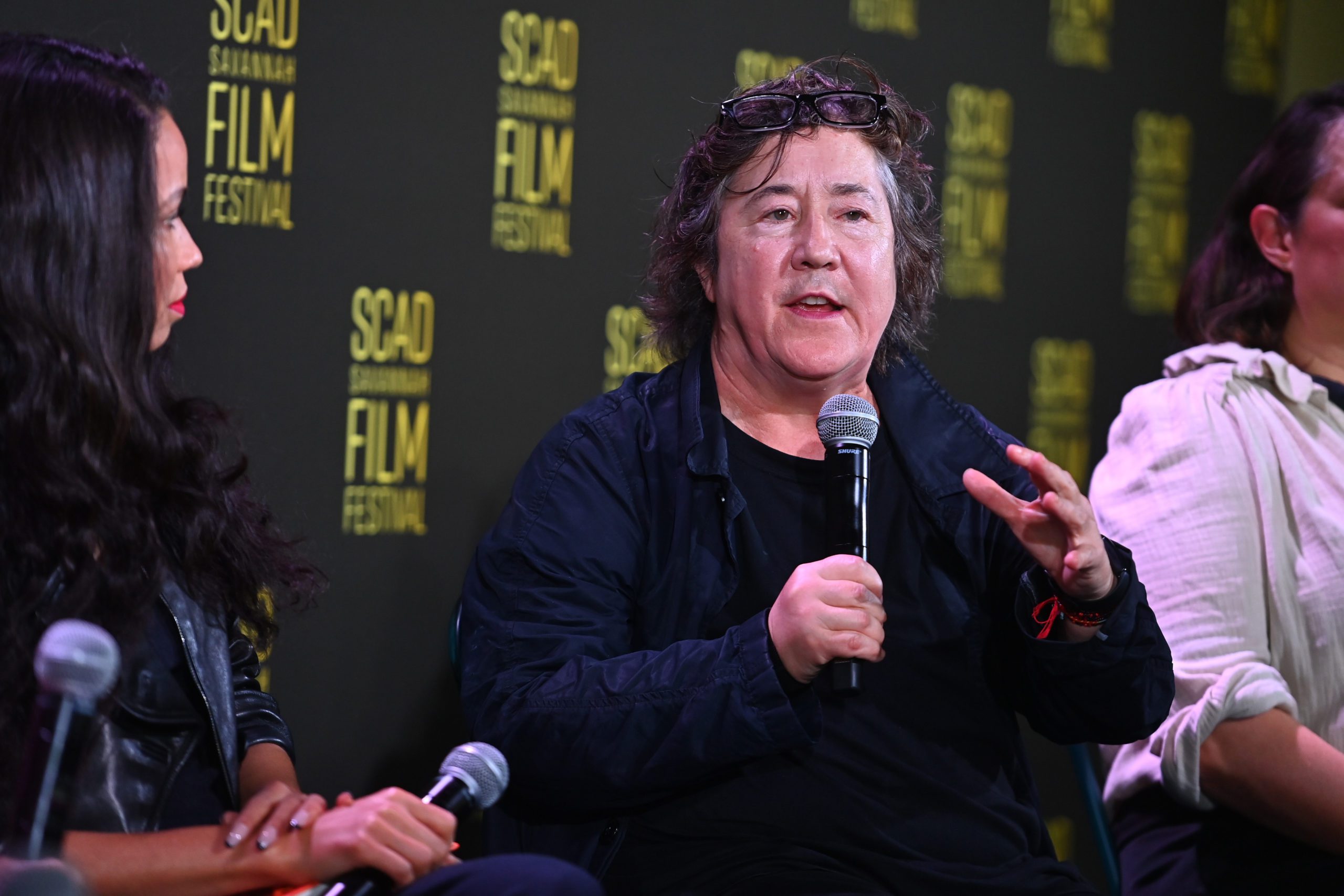 by Lauren Wissot
in Festivals & Events, Production
on Nov 8, 2022

Moderated by Darrien Gipson, Executive Director of SAGindie, this year’s Wonder Women: Producers discussion at the SCAD Savannah Film Festival was a must-catch, mostly for two glaringly obvious reasons, with the first being the wide diversity of the participants. Alongside white Brits Alison Owen (Elizabeth, Saving Mr. Banks, perennial panelist and SCAD Savannah Film Festival Advisory Board member) and manager/producer Laura Berwick (Belfast, All is True, and Sir Kenneth’s longtime rep), there was the English-Jamaican writer/actress/producer Nicôle Lecky (Mood, The Moor Girl) and American actress/producer Jurnee Smollett (Lovecraft Country, Birds of Prey). Then there was the second reason—the presence of “grande dame” of indie film (per Gipson), Christine Vachon (Far From Heaven, Carol), who has been running her female-led Killer Films since the mid-’90s. In other words, Vachon had more than a panel’s worth of wisdom to dispense.

The discussion began with the topic of “having several irons in the fire,” which is crucial to any successful producing career. Vachon mentioned that though she still considers her company “bespoke,” she finds herself invested in more television projects than ever before. As a producer with a small team of six who has made a shocking eight films since the start of the pandemic, the Killer Films exec knows the value of embracing this “time of extraordinary disruption” (be it from global disease or worldwide streamers). Things she used to take for granted—say, whether a project works “theatrically”—are wholly different now. (“What makes something a streaming movie?” is a question Vachon often finds herself attempting to suss out.) The key, she’s decided, is the audience—i.e., how do we identify what makes an “adult” film, or something that brings these folks into the theater? Even as these seismic shifts occur continuously beneath one’s feet, a producer still has to move quickly.

On the subject of relationship building, Gipson turned specifically to Vachon to ask about working with the same directors and actors for decades. How is she able to maintain those close connections? Surprisingly for a producer who is currently collaborating with the very same director she launched her career with, Vachon revealed that she made many mistakes during the first five or 10 years. Now that she’s at the 30-year mark, she’s learned from those mistakes. For example, the Killer Films head stays away from directors who “embrace chaos,” as that method just doesn’t work for her. She then warmly reflected on shooting Haynes’s Carol, and brought up the fact that the role of a producer is twofold: You’re there to “to protect the vision,” while also being respectful of the financiers. That said, this tension is actually “what makes it happen.” (Gipson chimed in that if it’s too easy, you have to wonder if you’re doing the best work.)

Referencing Vachon’s vast and eclectic filmography, Gipson also wondered if there might be any type of project she would staunchly refuse to do. After a pause for pondering, the grande dame declared that really nothing was “taboo.” Vachon is quite proud to have nurtured a variety of directorial visions—as well as individual DPs, production designers, and below the line craftspeople. She’s also laser-focused on championing women and people of color. (Thus, it was little surprise to learn that Killer Films had actually reached out to SCAD about bringing students onboard for an upcoming Savannah shoot.) Indeed, Gipson recalled one statistic that women-headed projects happened to be more diverse as a result. (Unfortunately, as per another study, people of color are still underrepresented among casting directors, meaning they “may not be seeing the actor,” the SAGindie EP lamented.)

As the hour wound down (and a fog machine photo shoot briefly set off a fire alarm in the adjacent room), Gipson gamely began the audience Q&A. When a young woman of color asked about navigating budgets when a producer has little funding, Vachon was quick to dismiss the idea that finance should be equated with solution. In reality, having money versus not having money is just a choice between “throwing money at the problem” versus “creatively solving the problem.” What are the myriad ways a producer can achieve a specific vision with the means that she has? Gipson then pointed out that not having funding inevitably teaches a producer how to deal with problems they will inevitably encounter when the money rolls in. In other words, big budgets don’t solve core problems. A helpful lesson Hollywood seems to give the indie world time and again.