by Alicia Van Couvering
in Sundance Features
on Jan 25, 2011

Originally printed in our Fall 2010 issue, we asked a number of leading independent producers about their producing models and how they’re finding everything from financing to material to office space. Lynette Howell has three titles in this year’s Sundance: Chris Kentis & Laura Lau’s Silent House, Azazel Jacob’s Terri and Andrew Okpeaha MacLean’s On The Ice. 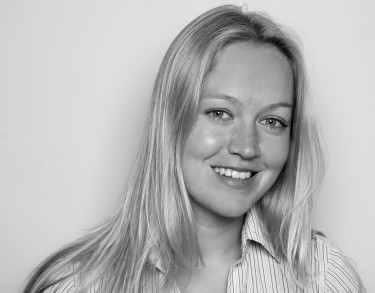 How to pay oneself a salary, maintain an office and employ assistants? And embrace risky projects? For Lynette Howell the answer is staying in constant motion.

Raised in working class Liverpool, Lynette Howell decided to drop her British accent after just a few months in L.A. “I was tired of everyone asking me to repeat myself,” she says, but admits it returns when she steps onto U.K. soil or speaks to a fellow expatriate. Howell, 24 at the time, was running the theatrical division of East of Doheny, where she oversaw Broadway projects like The Full Monty and Big River.

She decided to move into films. She knew she wanted to learn production, but she didn’t want to spend years working her way up the physical production ladder. So she raised a multi-million dollar film fund with partner Doug Dey, and in 2005 they started producing movies under their Silverwood Films banner. Stephanie Daley and Half Nelson were her first projects, and their success, combined with the readily available money in their fund, allowed Howell to move very quickly, even though she had sacrificed producing fees in order to realize these films on their modest budgets.

Five years later, Howell has produced 11 films (including Blue Valentine and Phoebe in Wonderland), and she is in production on number 12. Howell has cobbled together financing for her films from every imaginable source — on one recent production, a half-dozen separate equity investors combined with six figures worth of in-kind donations and cash-flowed tax credits. As her budgets grew larger, she could begin to draw a salary. “On films at the Half Nelson level, no one’s getting any fees,” she says. Recently, she completed On the Ice, an Inuit/English thriller by “25 New Face” Andrew Okpeaha MacLean. Featuring non-professional actors, it was shot in freezing and remote Barrow, Alaska. After wrapping she shuttled to Louisiana to film Shark Night 3-D. Dey’s financial involvement in Silverwood ended last year, so Howell’s income became dependent solely on the films she was able to get into production. Though she has long-standing relationships across several films, nearly each project has brought new investors and new co-producers. With a packed schedule of productions, festivals and conferences, and no one paying her overhead, just how does someone so independent run their business? Who tracks the FedEx, who answers the phone?

“In the beginning, I worked from home by myself,” remembers Howell. “Then I shared an office with another company, and then we shared an assistant, and then I got my own office but still shared an assistant. The more movies and the more money we started earning from fees, I was able to bring on full-time assistants.” She now employs a creative executive/associate producer, as well as an assistant. “That’s a lot for an independent producer,” she admits. “But I don’t spend a lot of money. You have to keep yourself lean.”

“I don’t have a business plan,” she continues. “I wish I could say that I did. Every year, I assess — how do I keep going, how do I grow my business? I want to work with new filmmakers and take risks with great material; making the kind of movies I want to make is not going to buy me a big house in Malibu.” But with many well-established producers shutting their production offices and working via laptop, a beach house doesn’t sound nearly as nice as someone to keep your calendar.