Is Shallow Depth-of-Field a Fad? 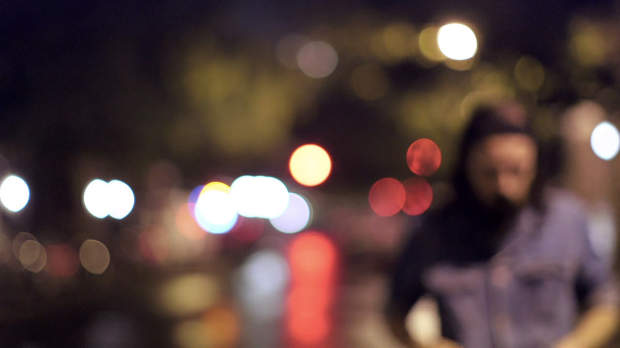 by Michael Murie
in Cinematography, Filmmaking
on Dec 8, 2011

Most creative arts suffer from trends. Someone does something new or unusual, and suddenly dozens of others are imitating it; just look at Hollywood.

“With a 5D Mark II, its sensor double the size of a motion picture film frame, we can achieve cinematic focus at F4. We can get fetishistically shallow depth of field at F2.8. At F1.2, we can create abstract art in a Burger King. The insanely shallow DOF afforded by the 5D Mark II is the artistic solution to the camera’s numerous technical problems.”

And it’s not just for creating abstract backgrounds. Shallow depth-of-field can be used to draw your attention to a part of the image, as Philip Bloom wrote in an explanation of 35mm adapters:

“This is used to draw your attention to something in particular. It also makes the image more three dimensional, less flat. It’s a very useful tool in film-making and photography. Generally this is achievable with full size cameras by shooting wide open, getting far away from object as you can and zooming in to the bit you want in focus.”

But it hasn’t always been that way. When Welles and Toland shot Citizen Kane they used deep focus to keep everything in focus. This allowed them to juxtapose the subject of the scene with other elements in the frame. This was by no means unique, as Don Erickson, Production Manager on Hitchcock’s To Catch A Thief [1955] explains:

“The film was shot in VistaVision because that was Paramount’s answer to Cinemascope. […] They particularly wanted this one in Vistavision because of the colorful backgrounds in Cannes and so on.

And now it appears that the tide may be turning once more. I’ve noticed some grumblings about our current fascination with shallow depth-of-field. At a recent workshop I attended, cinematographer Barry Braverman said:

“These things come in waves. In the ’40s the goal was to have maximum depth of field. You look at the work of Gregg Toland, you look at some of the great cinematographers who built their careers on maximum depth-of-field, and certainly Citizen Kane is a good example of that. The current vogue, which is starting to taper off, finally, was the “shallow depth-of-field is better” idea. Why is your nose in focus and eyes out of focus something you want?

“Again, this is my deal; you guys can do whatever you want. Yes you want depth of field control, but shallow depth of field is not going to deliver you the panacea. It is a tool to be used wisely, just like any other tool.”

Jonathan Yi in his recent film “Canon EOS C300 = Awesome” made some jokes about shallow depth-of-field. When I interviewed him about the video he explained:

“I was in the Philippines with the Black Eyed Peas shooting a wide shot at a table, and it was really distracting that I was shooting at a f/1.4 stop on a 50mm lens just trying to get some exposure, and it was really weird to have a wide shot where only one person was actually in focus. It just wasn’t right, because the 5D has even more shallow depth of field than cinema.

“I think that we’ve overdone it. It might be really good for a photograph, but when things start moving around, they aren’t in focus, it’s just very distracting. Especially if you see it on a big screen.”

Yes, shallow-depth-of field is a useful tool, you just have to be careful not to use it all the time. As Braverman says:

Just because you can, doesn’t mean you should. You’ve still got the good taste, you have to have some craft.