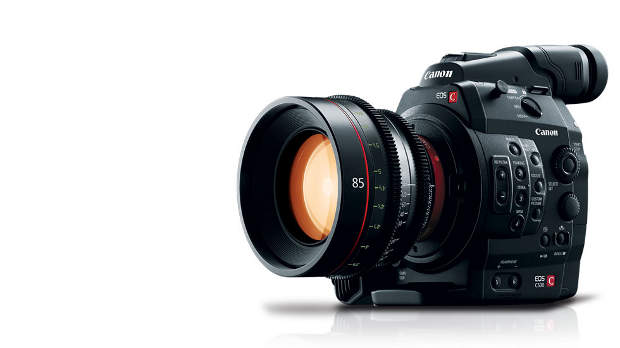 by Michael Murie
in Cinematography, Filmmaking
on Apr 13, 2012

Was it only last week that Sony announced the NEX-FS700, and had everyone wondering where this left the Canon C300? One week later and Canon has seemingly fired back a huge broadside, announcing not one, but two new cameras; the EOS-1D C, (a 4K video DSLR that Canon had pre-preannounced at the unveiling of the C300 late last year) and the C500, a true 4K version of the C300. Note that the C500 – like the C300 – will be available in two variants; one with an EF mount, and the other with a PL mount.

For those who haven’t been paying attention, this might seem truly stunning, and in some ways it is. Just last week 4K cameras were less mainstream than dreamed-of-future; but in the space of a week 4K may have become an expected feature. If Panasonic announces an HD camcorder at NAB, will anyone notice?

Yet as intriguing as these cameras are, there are notable issues to consider.

When Canon announced the C300 late last year, they acknowledged it had a 4K sensor, but it output only an HD image in 8-bits. A lot of people were surprised by that, and Canon said at the time that the C300 was the first model in a series. So it’s hardly a surprise that a true 4K model has now been announced, even if Canon isn’t saying when they’ll actually ship the camera. 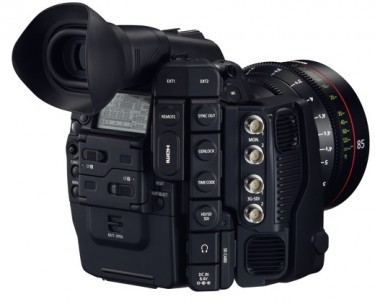 According to Canon, the C500 is equipped with a “newly developed Super 35mm-equivalent approximately 8.85-megapixel CMOS sensor” and it is capable of recording at 4K from one to 60 frames per second. The 4K video can be output as a 10-bit uncompressed RAW data stream with no de-Bayering.

This is all exciting news, but it’s suggested that the C500 will cost about $30K, which positions it as an Alexa/Red competitor rather than as a tool for indie filmmakers currently shooting on DSLRs and Sony PMW-F3s. Those who thought the C300 was over-priced will probably not be running to the C500, 4K or no 4K.

The EOS-1D C DSLR might be the one for that audience, though it has some design features that will either turn out to be brilliant design trade-offs, or odd quirks:

While the camera has a full-frame sensor, only HD video is captured using the whole sensor. The 4K video is captured on an ~APS-H-sized portion of the full image sensor. It is possible to use either the whole sensor or a Super 35 “crop” setting when recording in HD, which makes it’s angle-of-view match the footage from other motion cameras (i.e. a C300.) But that’s HD video. 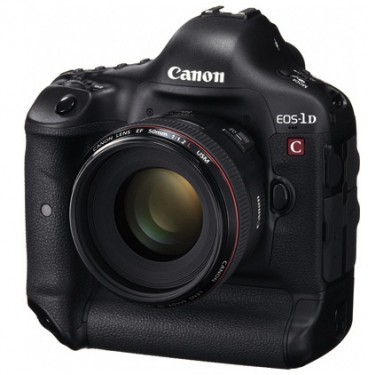 The EOS-1D C records 8-bit 4:2:2 Motion JPEG 4K video to the camera’s CF memory card at 24 frames-per-second (fps) or Full HD 1920 x 1080 video at selectable frame rates from 24p to 60p. What will the quality of that compression be like, and how quickly will people complain about the 24fps limit?

NAB next week will be exciting, but may leave many unanswered questions about delivery dates and prices.

Last week it looked like the NEX-FS700 would offer stiff competition to the C300, and now we’re wondering whether the EOS-1D C will compete with the NEX-FS700 for those who want to shoot in 4K. One advantage the NEX-FS700 will offer is that you’ll be able to start with the camera shooting in HD resolutions, and add 4K later. With the EOS-1D C, you have to pay for 4K up-front.

We still know very little about how these cameras behave in the field, and the ultimate quality of the 4K video they produce. Yet if the current pricing holds, it appears that the two companies are positioning their cameras in different segments.

It’s ironic that today we’re salivating over 4K cameras, when the reality is that many of the current HD camcorders haven’t been pushing the resolution that can be stored in a 1920×1080 frame. With the line skipping, debayering, and other processing, it’s often difficult to tell the difference between 720p and 1080p images.

I can’t help but think that the majority of shooters buying 4K cameras over the next couple of years will be upgrading their computer systems, storage and archiving systems to deal with the large amounts of data these 4K cameras will produce, all with the ultimate goal of producing a more detailed and vibrant HD image, rather than 4K deliverables.