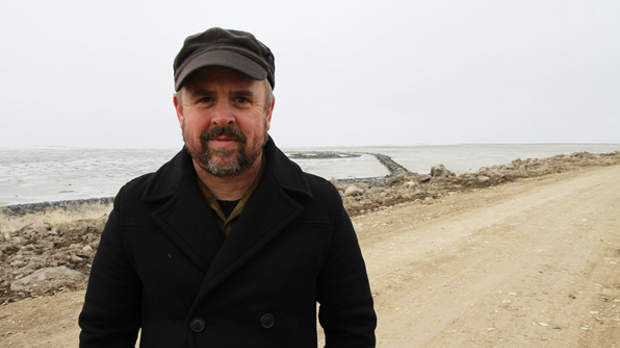 by Nick Dawson
in Distribution, Filmmaking
on May 29, 2012

I dropped in on the IFP Documentary Labs a couple of times, and one of the highlights for me was the “Web Tools for Documentary” workshop run by guest speaker Gary Hustwit, a filmmaker who used the web to great effect in the production and self-distribution of his “Design trilogy” of Helvetica, Objectified and Urbanized. Hustwit, who worked in publishing and distribution before he moved behind the camera, really knows this stuff inside out – and considers his engagement with the web an integral part of what he does now. “I think of all this stuff as filmmaking – it’s all part of the process,” Hustwit says. “I want to pay the rent and make the next film, [so I do] whatever I’ve got to do to make that happen.”

Below are 10 bits of indispensable advice from Hustwit’s workshop:

1. Connect with the audience early

With his most recent film, Urbanized, Hustwit launched a site for the movie after he been working on the film for a year, meaning he had a lot of work already under his belt and had a clear sense of what the project was and where it was going. “Know the shape and plot of the film, and have stuff to show people,” says Hustwit. But, he cautions, “Don’t give away all the info immediately. Allow the conversation about the film to evolve over time, and keep people engaged.”

“Lots of the aspects of filmmaking — from ideas, production and release — were facilitated through Twitter,” says Hustwit, referring to Urbanized. Three of the urban design projects featured in Urbanized came to his attention via Twitter, and Hustwit regularly reaches out to his 150,00 Twitter followers to solicit suggestions for venues in certain cities or towns that he doesn’t know or has not been to recently. “Make people feel part of the process,” he says, “because they are.”

Aside from tweeting, blog a couple of times a week and send out a newsletter every one or two months when you’re still production, and once every two weeks when your film is actually screening. When teasing your film during production, put up pictures but not footage: “The fantasy of what your film’s going to be about is often better than the reality,” quips Hustwit.

Think creatively about how you can use people’s interest in your movie to help you complete it. With Urbanized, when the film was in the late stages of postproduction Hustwit sold tickets to an exclusive advance screening of the film – and used the money to fund the movie’s color correction. “You want to do your own screenings as you’re going to see revenue from it,” says Hustwit.

5. Give the people what they want

Whether it’s promotional items (T-shirts, hats, buttons, etc.) during production or DVDs once the film is completed, supporters of your film want something they can get their hands on. Hustwit reveals that he made a considerable amount of money through sales of Urbanized merchandise prior to release, and every day sells multiple copies of the $225 institutional DVDs of his films (which can legally be screened to large groups at universities and schools).

Going from one film to another, you should aim to take the audience with you, and use social media and the web as the tool to do it. Hustwit has a personal Twitter account rather than a Twitter account for each film, and has continued to grow a following for himself. The secret, he says, is to “talk as you would to a friend, another member of the team – share stuff that is cool, that is of interest to your audience.” Hustwit tweets about his films and his creative process, but is careful in exactly how he does this. “Tweet as a person; don’t promote, promote, promote,” he advises.

7. Help them help you

Once you have launched a website for your film, always make sure there is a way for people to assist you in making the film, whether it’s offering merchandise for them to buy or putting a PayPal button on your site. “People want to help you — to buy something, to support you – so always have something there,” says Hustwit. “Don’t make it difficulty for people to support you.”

If you can build a social media following like Hustwit, you can get things done with remarkable speed and ease. Hustwit says that getting the Kickstarter finishing funds for Urbanized was fueled by Twitter, and he sold out the first screening of the film after sending just one tweet.

Often the easiest way to reach your target audience is by working with a website which your chosen demographic visits anyway and offering that site exclusive content. For example, Gizmodo hosted the Objectified trailer – and it got one million hits in a single day. Also, there are interest groups linked to everything online that are often actively looking for a film on their chosen subject, so let them know about your project.

When you set up screenings for your documentary, says Hustwit, “involve the people who you featured in the film and harness the audience who come with those people.” If they are experts or prominent figures within their field, people will often pay more than the price of a regular movie ticket to see them. And also think local, Hustwit advises, by finding someone from the place where you’re screening to come and talk at the Q&A and make it relevant to the audience members attending.