by Jason Guerrasio
in Directing, Filmmaking
on Oct 18, 2009

For the past three years, we’ve been pursuing a noble goal: to try to talk about movies and meaning in a way that might interest someone other than ourselves. We do this over at The Film Talk, and want our work to be an ongoing conversation about the movies and how they intersect with our lives. You’re welcome to join the conversation. Sometimes it’s difficult enough for us to interest each other, so that can be a pretty tall order. But thankfully there is sometimes also serendipity in talking about cinema – one of us has insights into the human experience that switches on a light for the other; as when Jett saw Tarantino’s coruscating satirisation of our culture’s addiction to violence (repelled one minute, compelled the next) in Inglourious Basterds, or when Gareth found so much to like about The Hurt Locker that it made Jett like it even more. We still can’t agree about Darren Aronofsky’s The Fountain, though. 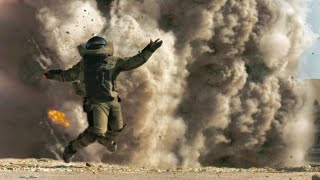 After three years of this ongoing conversation, we’re in a position to consider some of the themes under which cinema, at least of the kind that gets released in the US, sails.

OK — so you’ve come up with your concept: Boy meets Girl. Or Boy meets Boy. Or Boy meets Rampaging T-Rex. Or Taxi Driver meets Himself. Or Girl meets Archaeologist. Or Boy meets Multinational Corporation CEO. Or Boy meets Antichrist played by Sam Neill. Or Big Boat hits iceberg with lots of well-dressed Boys and Girls on board.

You’ve got your set-pieces: Boy runs away from Huge Rolling Boulder in South American cave. Girl goes to the Opera with Richard Gere. Boys and Girls find pirate ship and get the gold to stop their houses being turned into a golf course. Boy observes a giant bell being crafted in medieval Russia and decides to paint religious icons again. Boy tries to avoid crossing ghost-killing laser streams with other boys. Taxi driver shoots Harvey Keitel’s hand off. Boy and other Boy talk to each other at a dinner table. Boy defuses Bomb in Iraq. Boat sinks.

You’ve got your philosophical intention: Peace on earth. Love conquers all. Life is difficult (the trick is not minding). Love hurts. Serial killers sometimes eat the right people. War is hell. Life is beautiful.

And you’ve got your open-ended ambition: An Oscar. A Palme D’Or. An honorable mention by FIPRESCI. A Sundance screening. A Toronto screening. A screening, anywhere. Please. A DVD release. Or the hope that someone may one day care enough to want to download a pirate copy of your film. Or maybe your mom will watch it. Or maybe you really will get that Oscar.

Concept + set-pieces + philosophy + ambition may be stirred together to produce the early stages of a treatment. It is at this stage that your friends in film criticism must urge you to STOP. Take a look around. We want to suggest five things you might want to think about before going anywhere else. They may not be the most important five things, but they are nonetheless important, because they constitute some of the most frequently missed opportunities in movies. 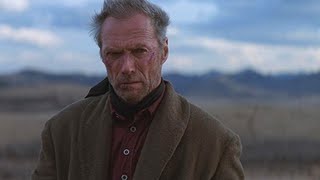 The terrain of the human soul is not easily navigable; anyone who has ever tried to be a person or even just watched ‘Oprah’ knows this. There is, surely, a relationship between the wounds we have all suffered, and the behavior we manifest toward others and ourselves, but, let’s face it, much of the time we have no idea why we do what we do.

So, here is our arbitrary rule number 1: Don’t use childhood or other trauma in the background of a character as shorthand for explaining their behavior unless you’re willing to earn it.

Examples? Hitchcock’s Spellbound probably looked pretty innovative on its 1945 release – evoking the then new science of psychoanalysis; but the absurd notion that a man responsible for the death of his brother could get over it just by remembering that it happened makes the film look like a Zucker Brothers comedy today. On the other hand, if you want to see how psychological depth can exist in a film that, at first glance seems to pay no attention to it, have another look at Unforgiven; hardly anything explicit is said about Clint’s motivation for killing, but the shading of maternal loss – his wife, presumably his mother, and the innocence of the prostitute whose scarring he aims to avenge – would give an analyst more than enough to work with in trying to replace outward violence with psychological integration.

Two statements that seem true: Art is always in conversation with the real world. Many of us have forgotten this. Last year’s box office hit Wanted seemed to forget that its mockery of bland automaton economic activity was sneered at by, among others, Angelina Jolie and Morgan Freeman, whom, we can presume, do not often have to suffer the vagaries of working in a call center cubicle. More than that, it ignored the fact that there really are people in the audience who get turned on by the fetishisation of firepower, and that the notion that dehumanization for entertainment’s sake taught us a few lessons about life-imitating-art during the era of Victorian circuses.

On the other hand, Inglourious Basterds knows from the very beginning that it’s in a conversation with the real world; and not just because of its ostensible basis in history. The violence isn’t played for laughs, because Tarantino knows the world already laughs at human misfortune enough to regularly forget its own humanity. Wanted was accused of misogyny; it doesn’t warrant that moniker, because its characters are so dehumanized that their gender doesn’t get a look in. 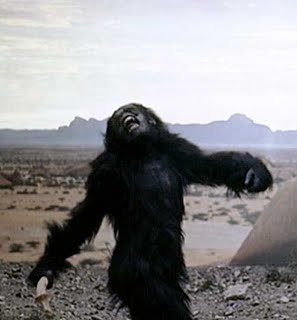 It’s not the early days of cinema anymore when folks were shocked and stunned by an approaching train, a stop-motion giant gorilla or a big sphere in space being blown up, (I exclude the audience for Transformers of course — that’s not the kind of movie-making, and we use that term loosely here, we’re talking about).

The point is that people now know movies – they’ve internalized narrative structure, they’re familiar with the cliches, they get who’s the hero and who’s the villain – you don’t need to spell it out for them. To make your movie stand out now you don’t need more – you need less.

The masters knew this. Look at 2001: A Space Odyssey — Stanley Kubrick removed the film’s exposition as much as possible in the editing stage – interviews and voice-overs that might give some hint as to what the hell was going on were cut. As Kubrick said at the time “How could we possibly appreciate the Mona Lisa if Leonardo had written at the bottom of the canvas: ‘The lady is smiling because she is hiding a secret from her lover.'”

Andrei Tarkovsky knew this — watch Andrei Rublev, perhaps the greatest masterpiece of the movies. It’s a series of chapters with no exposition, nobody holding your hand — telling you what’s going on — hell, the protagonist of the movie isn’t even in every chapter. And it works.

It’s not just past artists who knew this ‘less is more’ secret. Kathryn Bigelow gets it implicitly – The Hurt Locker is a series of short stories, with all the fat cut away. It’s up to you, the viewer, to make what you will of the story – and in that sense films like The Hurt Locker, 2001 and ‘Rublev’ are the real interactive cinema — not movies with 3D glasses or based on video games.

So do less with more – by having the audience have to work out what’s going, (meaning they actually have to participate in the movie), your pic will become a real, tangible thing to people, and therefore last a lot, lot longer. 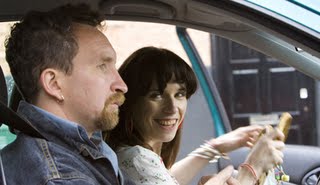 4: Auteur theory is dead – Collaboration is the Key

Mike Leigh makes consistently thoughtful, reflective, and just plain good movies; and he is usually considered to be one of the most distinctive directors working today. His scripts are famously shaped in concert with a long rehearsal process; and perhaps most challenging to the notion that films belong to the director along, for 20 years until his untimely death this year, he was intimately supported by producer Simon Channing Williams. Since High Hopes and up to Happy Go Lucky Leigh made films that worked, and he has spoken of the importance of collaboration in making this happen. 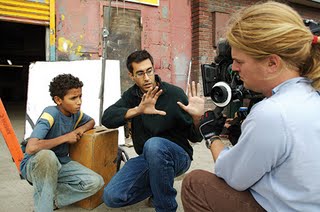 Recently on our podcast, Ramin Bahrani, the brilliant director of Man Push Cart, Chop Shop and Goodbye Solo made it clear how important cinematographer Michael Simmonds is in the process of making his films. They collaborate together during the script stage, while shooting of course, and even during post. We’re so often fixated on directors that it doesn’t occur to critics to list Ramin’s three films as the work of Bahrani/Simmonds, or even to mention Simmonds much in reviews. But they should. The writer of The Wrestler, Robert Siegal, has just directed his first film, Big Fan, and Michael Simmonds shot it. Watching that pic it’s hard to imagine it would be anywhere near as powerful without Simmond’s careful placement of camera and gritty yet blanched out images – he’s a huge asset. So don’t be shy or intimidated, work with the most talented people you can find. If it works for Mike Leigh and Ramin Bahrani it can work for you.

As for number 5., well, we were commissioned to write a 1000 word piece, and, like all passionate film critics, are already talking far too much. Tune into the next episode at The Film Talk for the exciting conclusion to our humble contribution to answering the question: “What Should You Do If You Want Your Film To Last?”