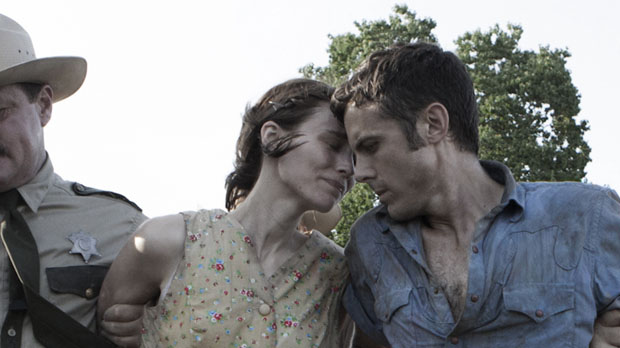 Talking about sacrifices when you’ve been given the means to actually make your movie seems a bit glib – but you make them all the same, and perhaps spend an exorbitant amount of time fretting about them late at night, hoping they don’t show up on screen. On this film, there were two forfeitures in particular that went hand in hand. First: for budgetary reasons, we couldn’t shoot our movie in Texas. As a filmmaker from the Lone Star State who enjoys making movies set therein, this was somewhat heartbreaking, and also indicative of a second larger sacrifice that accompanied the production: a perceived loss of autonomy.

To wit: I’m used to doing things myself. If I want the camera tighter on an actor’s face, I grab it and put it just where I want. To go from that to delegating the same degree of exactitude to someone else requires a bit of a learning curve, as does figuring how to say what you want in a quick and efficient fashion, with minimal flip-flopping. A little further down the road, you pick up on the fact that, if you’ve hired the right people, no one’s going to yell at you if you do break the rules and move the camera yourself, but by that point maybe you’ve realized that you don’t need to?

Basically, there was a lot of red tape to navigate, avoid and tear down. I mostly figured it out. I took big strides towards learning how to say No. I learned that a lot of times people have no idea what they’re talking about, myself included. I learned how to communicate better and to collaborate more. And at the end of it all, I smuggled a handful of those collaborators and a bunch of film stock back to Texas with me and spent a week shooting extra stuff that did my heart – and the movie – a world of good.