Pulse: Shooting with the Canon C100, Part One 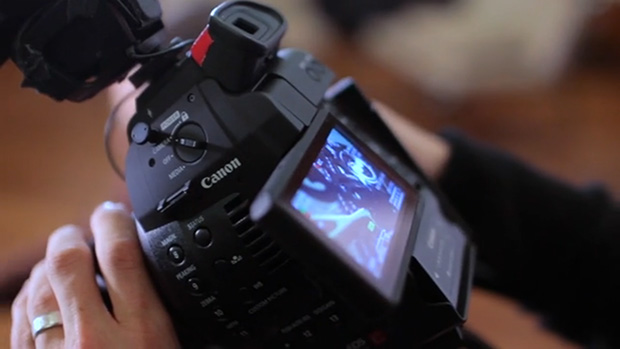 When manufacturers are preparing a new camera for release, they often loan pre-production units to filmmakers in the hope that they’ll make a video the company can use to promote the camera. Such is the case with the Canon C100. Canon loaned the filmmakers of StillMotion two C100 bodies and financed the making of a short video, Pulse. As StillMotion described in their blog post on the making of the video, the idea for the video came from a potential client:

We’d recently been approached to make a Kickstarter film for a team who had created a pretty remarkable innovation for your iPhone. They had found a way to use the light on the phone to illuminate your finger, then the camera would detect the shade of red in your lit finger, and from that would come up with a close estimate of your heart rate.

I would recommend reading StillMotion’s blog-post about the making of the Pulse video, even if you aren’t interested in the C100. This extensive piece makes for interesting reading about shooting a project with very short time constraints, and makes a compelling case for knowing when you have to reshoot something that doesn’t turn out right the first time. You can find the article here: Protecting the PULSE of Your Story

But back to the Canon C100. I think most people on seeing the announcement of the C100 saw it as just a stripped-down C300 that records to AVCHD. But Patrick Moreau of StillMotion describes the camera as a real game-changer for them; its size makes it possible to be closer and more intimate with your subject, and it’s more like shooting with a DSLR than shooting with the C300.

I spoke to Patrick recently about the history of StillMotion, and asked him more about their experience with the C100, how they used it and and how well it works with other cameras.

Filmmaker: Can you tell us about your company? How did you get into filmmaking?

Moreau: My background is in psychology. I don’t have any formal filmmaking background. We got into filmmaking to tell stories that we were interested in. We originally started in weddings probably six or seven years ago. At the time we were still in university full time, so it was kind of a part-time hobby thing at that point.

One day the NFL saw one of our wedding videos, and that’s how we got our start in commercial filmmaking. They called out of the blue and asked us if wanted to come and film a playoff game. They were so blown away by our different approach that we got a 125 shoot-day contract with the NFL and that parleyed into other work, including a feature-length documentary with CBS last year that won several Emmy’s including best sports documentary. 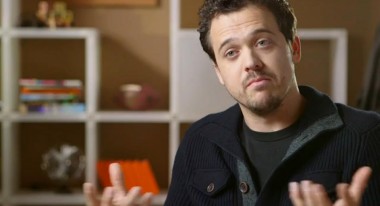 Moreau: No, not at all. We started shooting with ENG cameras; PD-150s and GL2s, that era of camera.

Filmmaker: When did you switch to DSLRs?

Moreau: We picked up DSLRs right away, and in fact the transition to DSLRs was a big part of our transition into commercial work. Canon sent us a pre-production 7D and we used it for a wedding video: JC and Esther [Vimeo]. That’s the one that the NFL saw, and that’s what changed everything, so we were very early adopters.

We were using a 5D Mark II at the same time that Vincent Laforet was shooting Reverie, we just weren’t able to shoot or share anything.

Filmmaker: What are you primarily using for cameras today?

Moreau: Well, if the answer is truly today, it would be the C100, because since the Pulse shoot we have purchased several C100’s and we are using them for everything from our own programming and weddings, all the way up to a one hour Super Bowl feature for Super Bowl Sunday.

If you were talking about before the C100’s came out, then it would be the Canon Mark III and 1D X.

Filmmaker: How many cameras did Canon loan you for this project? 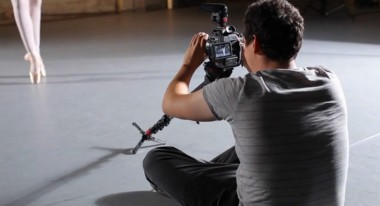 Using the C100 on a monopod

Filmmaker: What did you shoot the behind-the-scenes video with?

Filmmaker: Have you used the Canon C300 for many projects?

Moreau: We have some experience with the C300. However due to its size, and the form factor and everything else, we enjoyed using the camera, but it wasn’t a game changer. It was not something that we would have purchased right away and we weren’t using it for everything we were doing.

We’re a studio that has a dozen DSLRs, 50 different lenses, we’ve got an EPIC and a SCARLET. We’ve got a lot of gear and a lot of options, so when the C300 came along, it’s a great camera, great solution, but it wasn’t a game changer. It wasn’t until we got the C100 that we really felt that this could make a difference in how we tell stories and how we make films, and we got more right away. 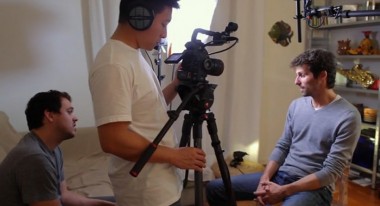 Moreau: The C100 is marketed as having a 15% size difference, but it feels like a much bigger difference. It’s the first camera that we’ve used that we feel offers the power, the speed and the intimacy of a DSLR, but that has the integrated video features that make it so much easier to use.

Our approach to storytelling and why we have done so well with DSLRs is because they allow the cameraman to disappear. You get into an environment and you can be so fast and so small that the subjects, the people around you just forget that you are there. You become transparent and you can tell very intimate, very honest stories.

Every other camera we would use, it would have all those extra awesome features. We’d go into a shoot with an EPIC, and we could do absolutely anything with it, but it’s bigger and it’s slower, and you don’t get that same natural reaction out of people. You wouldn’t be able to anticipate it, catch it and hide yourself.

The C100 came along and as we started shooting with it, we were like, “Wow.” Not only is it as fast and as small as DSLRS, but now we’re actually faster because we have things like built in ND filters. We’re better because we have things like histograms and waveforms and peaking that are allowing us to know exactly what we are doing as opposed to making a best guess with a DSLR.

It just took it to a whole new level. Then you add on things like being able to remove the side grip, being able to add on a top handle and run audio in via XLR. We can now do a sit-down interview for CBS for the Super Bowl feature and we don’t need a separate sound person. So it’s all the added features, while not feeling like we’re losing something over a DSLR.

Check back Thursday for part two of this interview.