How to Succeed at Self-Distribution if You’re Not Louis C.K. 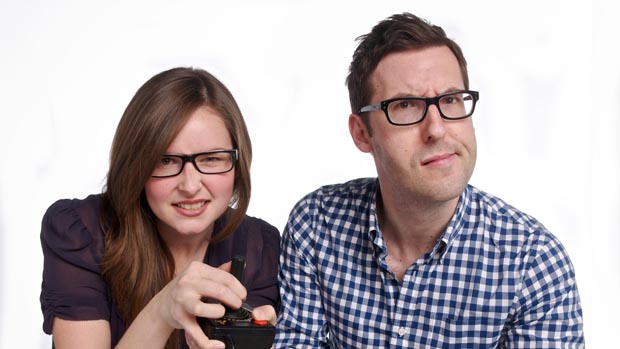 James Swirsky & Lisanne Pajot are the directors, producers and distributors of the Sundance award-winning feature documentary, Indie Game: The Movie.

Before we began production on Indie Game: The Movie, we saw Louis C.K. perform in our hometown of Winnipeg, Canada. It was a great show. He was hilarious, and we walked away cemented in the idea that Louis C.K. is one of the funniest people on the planet.

Creatively, it’s hard not to be inspired by someone performing at the top of his or her field. However, little did we know, two years later, Louis C.K. would be inspiring us again in a completely different way.

The past few years have been pretty amazing for independent artists. We’ve seen great tools and solid examples of independent success: Kickstarter, VHX, Tugg, Kevin Smith’s Red State, Gary Hustwit’s Design Trilogy and, of course, Louis C.K.’s release of Live at the Beacon Theater on his own website — a tipping point.

Overnight, Louis C.K. became a gold standard for self-distribution, audience mobilization and artistic independence. It was a coalescence of tools evolving, audiences opening up and artists being empowered. When Beacon Theater hit, we officially entered a post-Louis world.

Needing to be a Name

But here’s the weird thing: He also became a popular reasoning against why others can’t find similar success. The argument is a basic one and goes something like this:

What you do have to do is put the work in, engaging audience early and building toward your ultimate release.

When looking at LCK, it’s important to reach back, prior to the glory of launch day. LCK spent decades as a working comedian, perfecting his craft, building an audience. He built toward that fantastic moment in December through countless sets and club bookings. There was lead up. Decades of it. This may be a discouraging thought for first-time filmmakers, making the prospect seem much further away, but every good self-distribution example has a similar story of building audience and momentum.

Our version, in the broad sense, includes 10 years of doing commercial work — learning and becoming better filmmakers. But in the immediate sense, the Indie Game: The Movie fan base started at absolute zero at the beginning of 2010. It grew to a modest (but cherished) 297 through our first Kickstarter, and then over the course of production, into 30,000-plus prior to launch.

We built this foundation of support by engaging our audience, being very open and thinking like a fan. We put out tons of video extras (88 minutes worth) and blogged consistently throughout the process (184 posts). We responded to every e-mail, Tweet, Facebook post — everything. Our version of working a small comedy club in Idaho was spending five minutes responding to an e-mail about what type of camera we were using or replying to countless Tweets about the film. Little by little, it added up, building an audience one person at a time.

The Benefits of Assuming You’re on Your Own

We always expected that we were going to self-distribute. This thought was equal parts inspired by those who came before us and by the fact that we assumed we wouldn’t have much of a choice. It’s good practice to aspire to a Sundance premiere; but it’s not good to plan on it or plan on a distribution deal.

Because we spent almost two years building an audience ourselves, we had a unique position at Sundance. Indie Game had more than $150,000 in preorders (from our website and Kickstarter) and a growing mailing list of 30,000. All for a documentary no one had even seen yet.

At Sundance, we listened to every offer. All were very tempting. But each one, when measured against our audience obligations (a relatively quick, worldwide release) and the extrapolated baseline provided by the preorders, ended up being less than ideal.

In short: By assuming we would have no opportunity for a distribution deal, we inadvertently created a situation in which self-distribution was the best option. However, that did not make the decision to self-distribute any less difficult or any less stressful. It was a leap of faith. In the end, it worked, but tell that to our ulcers. 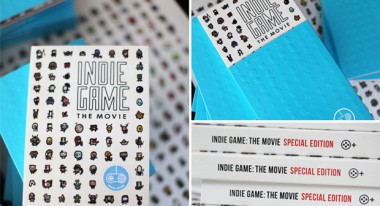 Indie Game: The Movie was born on the Internet and made possible by it. We knew that, ultimately, it would find its largest success online. As a result, nearly all distribution decisions were made in service of the film’s online release. With that in mind, here’s what we did.

In March, we began a 15-city, in-person U.S. tour. We brought on Adobe as a sponsor and sold out 13 cities using only Twitter and the mailing list. The tour averaged 700 people per city. In May, the film opened theatrically in New York, Los Angeles, Seattle, San Francisco, Toronto and other markets. The film was held over for multiple weeks in many cities. Throughout, Indie Game screened at festivals including SXSW, Sheffield Doc/Fest and Hot Docs. All of this, though profitable at every stage, was a prelude to the digital release on June 12 — fairly quick for a Sundance film. In addition to serving the film’s patiently waiting core audience, the timeline of the release schedule was also meant to consolidate buzz and continue press momentum.

In terms of digital/VOD release, the film debuted on iTunes, our own website (DRM-free and powered by the VHX platform) and as an application on Steam (the world’s largest online video game retailer).

iTunes was very supportive of the film, giving it prominent placement within the store. In the end, Indie Game peaked at the No. 1 position on the documentary charts and No. 14 of all films. We are extremely happy with the film’s iTunes performance.

In the first couple months, Steam sales were nearly double that of iTunes or our own site. Offering the film on Steam ended up being a great marriage of platform, content and audience.

Interestingly, the film sold just as well on www.indiegamethemovie.com as it did on iTunes, matching sales nearly 1 to 1. Then, a few months after launch, we started seeing the sales on our website grow. People were finding out about the film through news stories, blog posts, Tweets and Facebook. With our website being the No. 1 Google result for “Indie Game: The Movie,” we saw more and more people finding the film and coming directly to us to get it.

Also surprisingly, we saw a spike in website sales with its streaming release on Netflix. We found that Netflix didn’t cannibalize sales — it boosted them. The more the people became aware of the film, the more people were seeking it out.

There was a lot that went into our release decisions, but one thing we want to point out is our decision to self-distribute has nearly as much to do with our current film, Indie Game: The Movie, as it does our next. We’re playing the long game.

By self-distributing, not only are we controlling our own present-day destiny, but we are making connections and building an audience for the next film in a way that would not happen with a strictly traditional rollout.

In much less abstract terms, the film now has more than 100,000 Facebook, Twitter and e-mail contacts. Our thought is, if they dug our first movie, they will hopefully dig our next one.

At the time when we were making our distribution decisions, self-distribution was the best fit for our film and our audience. This may very well be different for your project, and things are certainly changing.

Distribution companies are becoming more flexible and more innovative with every release. On the flip side, self-distribution techniques are increasingly becoming more professional, effective and audience friendly.

To us, all this leads us into an exhilarating, somewhat chaotic, murky middle, full of uncertainty, but more importantly, opportunity.

For an in-depth look at Indie Game: The Movie’s unique distribution, check out the full case study at www.indiegamethemovie.com.