Which Way is the Front Line From Here? | Director Sebastian Junger 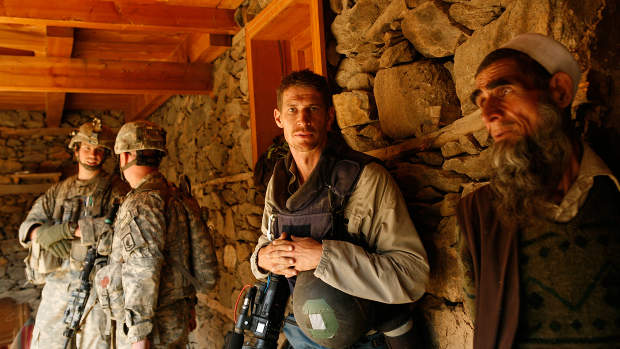 Sebastian Junger, Sundance Film Festival 2013, Which Way is the Front Line From Here?

My film, Which Way Is The Front Line From Here?, is about the death, in combat, of my good friend and colleague Tim Hetherington. In a sense the film would not exist without the tragedy of his death, but I don’t think that’s what you are asking. I pre-sold my film rather than financing it myself — as Tim and I were forced to do with Restrepo — and I was able to hire amazing people to work with. But making a film about Tim’s death took a huge emotional toll on all of us. Every day we saw his face on the monitors and heard his voice on the speakers, and in a sense we had to live his death over and over again. I don’t think you could call that a sacrifice, but it sure as hell didn’t feel very good.