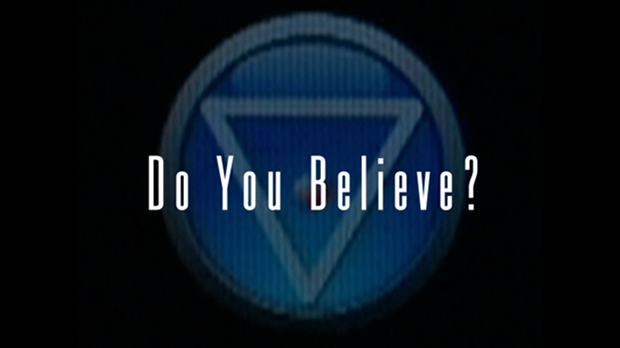 The final installment of this series is about the actual screening of The Lost Children feature film at Film Society of Lincoln Center. In working out this screening, I am working with a concept called “Film as Software.”

What exactly does this mean? To me it means film taking on some of the qualities of software. One of those qualities is the ability to react to user input in real time. That’s my take.

But I asked Mike and Hal of Murmur to join in on the discussion. Murmur is the hybrid studio/technology company handling the interactive portion of The Lost Children screening. Murmur has built up a good deal of expertise in this area, having launched the first “social film” on Facebook, and then proceeding into online documentaries and music videos. I asked them for their own definitions of “Film as Software”.

“It represents the potential of releasing film from its constraints as a one-direction medium,” says Hal Siegel. “Software, by its nature, enables non-linearity and user-input.”

Mike Knowlton responds: “Film as Film = closed. (Really hard to make a film, distribution channels highly regulated, linear narratives). Film as Software = open. (Democratization of filmmaking, fragmented distribution channels, non-linear narratives, audience participation) By thinking of film as software, it opens everything up. The result is a creation and consumption process that is much more true to the times we live in.”

I think we’re all on the same track. One of the hard questions to address in this, though, is how to make it art. Many are trying. But I often find the results to be gimmicky one-offs, or kind of lame versions of what Flash can do better.

I think this is mainly due to people asking the wrong questions. They are asking about technology rather than storytelling. I run across this with clients who ask, “What do we need to get a mobile website? How about an app?” I have to teach them that these are not even the right questions. I often have to get them to step back and ask what are they actually trying to achieve, and what will serve their goals. I think we’re seeing the same thing in many “interactive” films now. People ask: “What can we do with HTML5?” when they should be asking: “What’s the most compelling experience we can create for an audience who mostly views our work through desktop web browsers?”

“Good drama is all about creating tension and conflict around those decisions and then revealing what happens. If the audience can go back and see different versions of these decision points, then IMHO it doesn’t make it better drama, it makes it NOT drama. Instead of breaking the fourth wall in a good way CYOA (“choose your own adventure” ) breaks it in a very bad way by basically saying nothing you watched has any real importance or meaning because there are many different outcomes…”

In 2011, I started formulating this idea as a tablet app. I gave a talk about it at DIYDays LA at UCLA. The idea there was that the film would react to certain crowd activity via social media, certain hashtags, or keywords. And the film would adjust accordingly for that day/hour. I could reuse software I wrote for Pandemic 1.0 to convert crowd data into story that the film could react to. This would avoid the CYOA model and the pitfalls Hal mentions above, yet get to the idea I wanted of the film reacting to the crowd in non-intrusive ways, and being a different experience each hour/day.

Ultimately though, this idea wasn’t quite right for The Lost Children. It would require either a large audience for the film and storyworld, or I would depend on more generic social media topics such as “UFO,” “comet,” etc. to achieve the scale necessary to make it work.

However, the idea of groupthink stuck with me. And for a film as small as mine, implementing that in a live setting was much more focused and controlled. And I get the same result: the “crowd” determining the direction of the film.

“As you watch a film or a TV show,” says Hal, “you are mentally evaluating the story’s points of conflict that are nearing decision thresholds, you are trying to guess which way the story will go. Will the two lovers get together or not? Will he be victorious or get killed? etc. Stories require motivation, conflict and some sort of outcome or resolution, and my point here is that as these things play out on the screen, the viewer is also playing them out in his/her mind, testing different hypotheses while trying to keep pace with the story.”

This is the case with any good film. You are already “interacting” with it. I believe this is a very important point. Technology does not change human behavior or the basic rules of drama. What we’re experimenting with in The Lost Children is simply externalizing that interaction already happening in people’s minds (hopefully).

One of my main complaints about moviegoing is that it is often not a social experience. Why are we showing up to an event with 200 other people, then doing our best to pretend they don’t exist? If their cell phones go off, we get annoyed. If they make noise with their popcorn bag, or they talk to each other, etc. This was reinforced by one viewer at the January 22 event, who told me, “When I came to the theater, I could feel myself already mentally preparing not to talk to anyone for two hours. But the event kind of broke me out of that mindset and made it more social. A group event…”

To me, this is one more benefit of organic interactivity. We are enveloped in the glow of the film, but it helps us all to be enveloped together. Another audience member told me that she caught herself trying to suss out how others felt about the film based on their interactions. She started to get into the group dynamic. And it added to the experience for her.

When working on this, it became clear that too many choices would be disastrous. Even if I managed to do the transitions organically, too many of them would take the audience out of the story. There’s a natural desire to make things as interactive as possible. Like with many things in film and technology, I believe you have to learn to resist that temptation. I believe the impact is greater when this is used less, especially in a crowd setting like a movie theater. As always, your first principles are things like: engagement, character, story, drama. If interactivity is getting in the way of any of these things, you know it’s time to pull back.

You had to be there

One big reason I’m drawn to live events and theater with filmed elements is that they offer something that is not replicable through digital. In a constantly expanding universe of “digital content,” where we consume entire seasons of TV shows in one sitting, creating scarcity becomes value to me. But of course, trying to create scarcity in the digital world is false and will likely fail more and more going forward. But it’s perfectly organic to create scarcity through real world live events. Plus, the interactivity in The Lost Children screenings makes each night’s viewing a unique event.