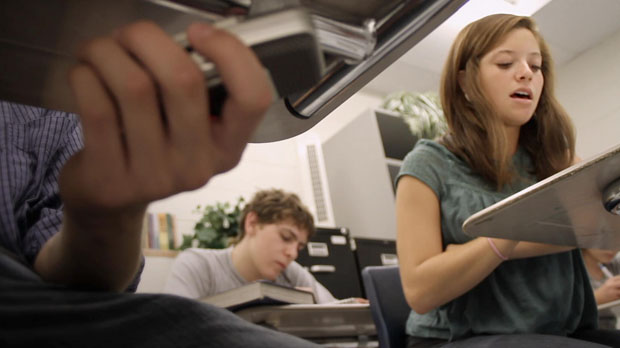 by Nick Dawson
in Distribution, Filmmaking
on Apr 22, 2013

Though the film only debuted at SXSW last month, Ornana’s euphonia is already out in the world, with the six-man collective we selected for our 2012 “25 New Faces” opting to generously stream it for free on Vimeo. I’ve been a huge fan of the film since I saw it in rough cut last summer, and it solidified my conviction that director Danny Madden and his collaborators — wh0 had previously made the charming animated short (notes on) biology — were on to something special.

To further whet you appetitite, here’s Scott’s take on the film from SXSW:

A real discovery was euphonia, at 53 minutes either a short feature or long short, by Danny Madden of Ornana, the collective we selected for our 2012 “25 New Faces.”  A darker tale of serendipity, euphonia updates a scary, Twilight Zone-ish concept into a provocative meditation on the ways in which we have allowed technology to mediate our relationships to the natural world, as well as each other. A pocket audio recorder becomes an obsession for a high-school student (Will Madden), who soon finds himself unable to hear unless it’s switched on. euphonia is gorgeously shot, and its glitchy, disquieting sound design is even better than you’d expect it to be. It was one of the few films I saw at SXSW this year that pondered its subject matter and found a formally exciting filmmaking style to marry it to.

And you can also go here to check out Madden talking about the film.