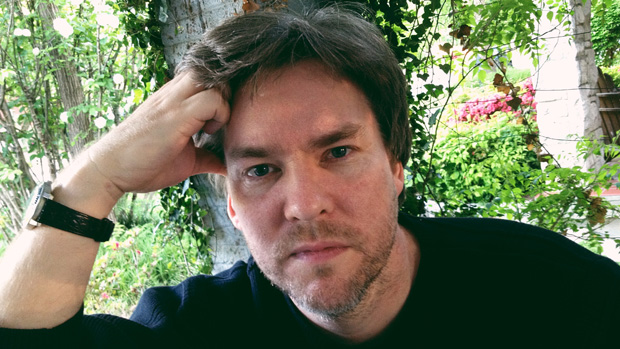 by Scott Macaulay
in Directing, Filmmaking, Production
on Apr 30, 2013

Independent films get made, often miraculously, and we cover those films here at Filmmaker. But what about all those other projects that never, despite the best of intentions, make it through production, much less hit theaters? In this new series, “Letters from Blocked Filmmakers,” we’ll be hearing from directors who have struggled for years to realize their films only to come up short. Is the system to blame? Bad luck? Themselves? I’ll let the filmmakers answer these questions in their own words.

I’m happy to be opening this series with this letter from Drew Whitmire, who has been attempting to make a “Bela Tarr/Cassavetes hybrid” about a bi-polar woman for over a decade. Drew’s story addresses a type of behavior I’ve seen a lot (and, um, know very well): a relentless perfectionism that voids prior past accomplishments. I’ll let him explain further. — Scott Macaulay

I graduated from NYU Film and TV in the ’90s. The intention was to move back to Memphis and shoot a film with a newly purchased Arri 16BL and Nagra IV tape recorder. My film, Sapphire, was to be a kind of Bela Tarr/Cassavetes hybrid — stark, balletic sluggishness swirled with raw unpolished human energy. Unfiltered, improvisational tragic magic involving an under-medicated bipolar woman dealing with the death of her over-protective mother, all within the real-time confines of a bizarre two-hour wake.

What followed was a kind of hilariously depressing venture into the abyss of sweeping cinematic, spiritual and personal failure. As the years burned, a number of practical, highly convincing excuses fed a disturbingly pathological procrastination trend — e.g., affordable DV cameras were being used by the big boys, therefore screw 16mm film and 24 minutes of raw footage; growing life experience revealed more sophisticated insights into human behavior, therefore the endless re-writes; actors lost clothes resulting in unfixable wardrobe continuity errors, therefore re-shoots scheduled for next Saturday, etc. As passion, assurance and ability gradually morphed into feelings of shame and self-loathing, I began to notice a horrifyingly waning interest in those that had had unconditional confidence in my filmmaking endeavors for years, namely my father. And such was the climate when wimpy, self-righteous associations began to flower within me — uncompensated, ennobling fine-art pursuits linked with top-notch disgrace and inadequacy. Thank God these adolescent notions more or less vaporized when, a few years ago, what I thought was the perfect actress (for a very actress-centric film) landed in my lap. Alas, further procrastination and OCD perfectionism issues on my part guaranteed her departure from the project some two weeks before production. I finally began to admit the possibility of engineering my own failure in an attempt to avoid future critical rejection. Still, and unlikely as it may sound, I’ve never for a second questioned my passion and devotion to filmmaking (a thick stack of notes and storyboards constantly grows). And, hell, what if 15 years has only yielded 14 minutes of usable footage? I’m rather proud of it….