The POV Conversation: Lixin Fan and Stephen Maing on the Filmmaker and the Subject 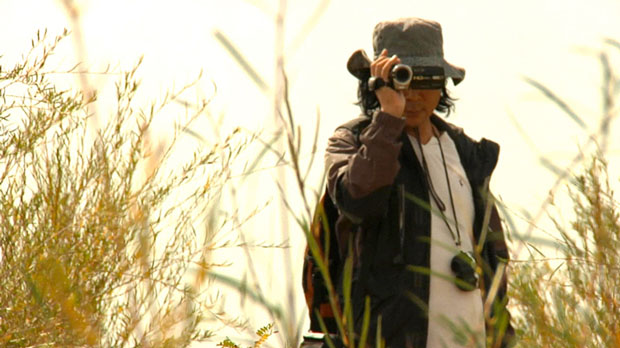 by Filmmaker Staff
in Directors, Interviews
on Jul 25, 2013

Last year, to celebrate POV’s 25th anniversary, Filmmaker organized a series of conversations between documentary directors whose work had been featured on the PBS non-fiction showcase. This year, we continue this series with a fascinating discussion between Stephen Maing — whose debut feature on Chinese citizen bloggers, High Tech, Low Life, is currently streaming for free on the POV website — with Lixin Fan, the Chinese filmmaker whose Last Train Home, an intimate portrait of a fractured family of migrant workers in China, won him great acclaim in 2009. In the fourth segment of this five-part discussion, the two documentarians discuss the co-dependent relationship between the filmmaker and their subject.

High Tech, Low Life can now be streamed for free through the POV website until August 21.

Fan: The reason why the daughter [Qin in Last Train Home] turned and yelled at us, saying, “This is the real me. What else you want?” is because she always asked us, over the years, “Why are you still filming? What do you want now? When are you finished?” In the end we would always tell her, “We want to film the real you, so just be yourself. You don’t have to do anything for us.” I guess she added that in those moments when she was really mad. I always suspected that was her independence at that moment. She was claiming her independence from her family and also from us, the filming crew that she had grown up with, and she didn’t want to be ordered around. I always thought that moment was maybe a case of building the relationship between the filmmaker, the camera and its subject. I was pondering on the relationship, or the politics; the power between the filmmaker and its subject. I always try to be humble and very respectful to my subject. I tend to open up first, sharing my real experiences, my point of view and my life views with my subject to make sure that they were comfortable with talking to me and that they were being filmed by someone that they knew. I become more familiar, and, especially in a Chinese context, if you are a familiar then people really tell you a lot of things. That level of intimacy, I think it’s quite difficult to achieve in the states and in other Western countries. We felt that, especially with Last Train Home, you have to realize that they are migrant workers, and it is a fact that because of their education level they have a great view about life, but on some level it affects the power and the politics between the subject and myself. Sometimes I would think, at least on some issues, or on some topics, I might have a better view than them. But in fact, when we kept filming, their life view always surpasses my assumptions. They surprise me. We can actually learn so much from them. I was talking about that moment between Qin and the camera, when she yelled at us, it was a moment when I was completely being defeated in this subject-filmmaker relationship.

Maing: I was always, in the course of filming with my two subjects [Zola and Tiger Temple], amazed that, despite what kind of film I was making, they really dictated so much of what wound up being made. The way they educated me, and turned to the camera and just said something meaningful and explained that to the camera, was something that was uncontrollable. It would have been almost impossible to make a purely observational film in the case of filming Zola and Tiger Temple. I actually grew to appreciate the blurriness of stoically observing and that blurry transition to them acknowledging the camera. I almost look back and wish I included much more of that because I rewatch the film and those are the moments we’re learning so much more because the camera is so vitally important and it is such an undeniable presence. Even the most honest of subjects that feel like they’re revealing the most about themselves, in the beginning for a long time they project an image of themselves. Even when they’re being natural and being open to the camera there is still that layer of self-consciousness sometimes. I think any opportunity to puncture that is really helpful for the viewer. We always need these constant reminders that the camera sees everything, but then it also misses the things that you can’t see. That relationship between the filmmaker and subject is something I think about a lot and try to understand. I’m really curious about trying to shift the dynamics more in the future. I’m not exactly sure how, but it’s something that always becomes these rich conversations in classes for me. I think that’s a fascinating layer of the filmmaking; trying to understand that relationship between you and your subject and how that informs that actual end product that you’re making, and the reality that you’re documenting.